Greenland – that ultimate traveller’s destination – is a combination of natural beauty laid bare, zero commercialisation and opportunities for extreme wildlife watching on Greenland’s eastern shore. Follow the ice’s edge on this voyage that sees the world’s most sparsely populated country in all her glory! Expect a lot of Norse history, natural hot springs ripe for bathing, never setting sun, and smatterings of colourful painted cottages flanking the shores. 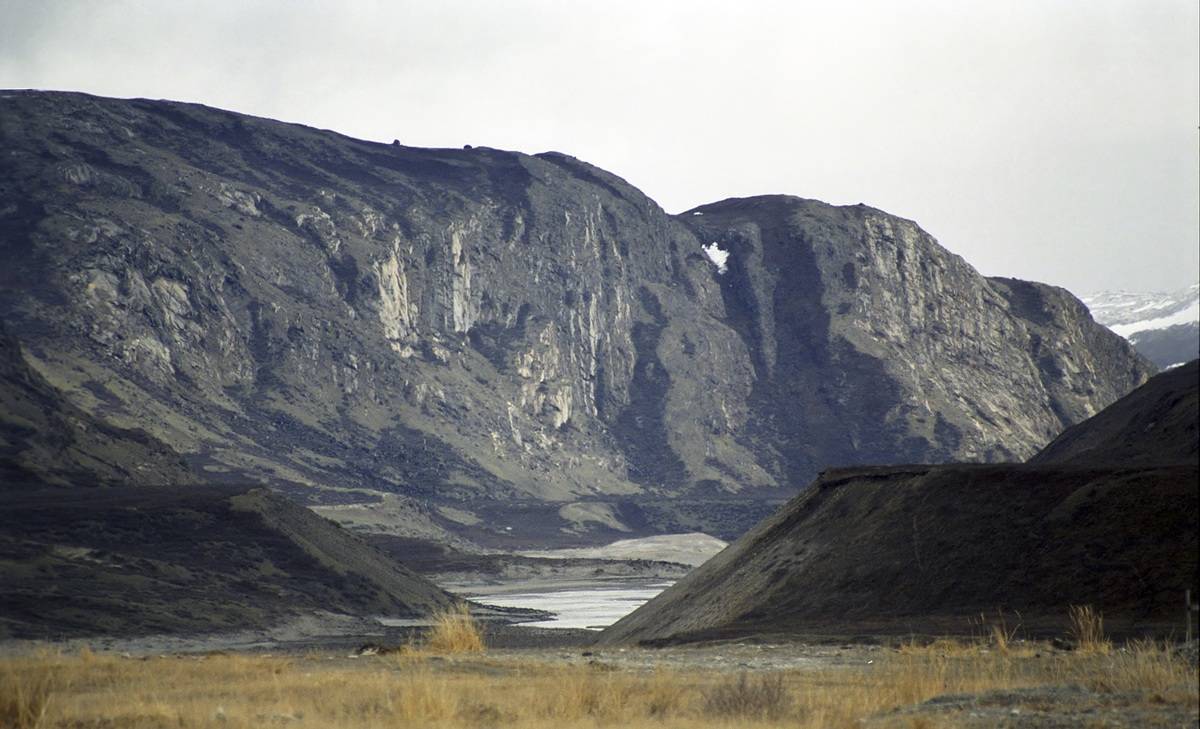 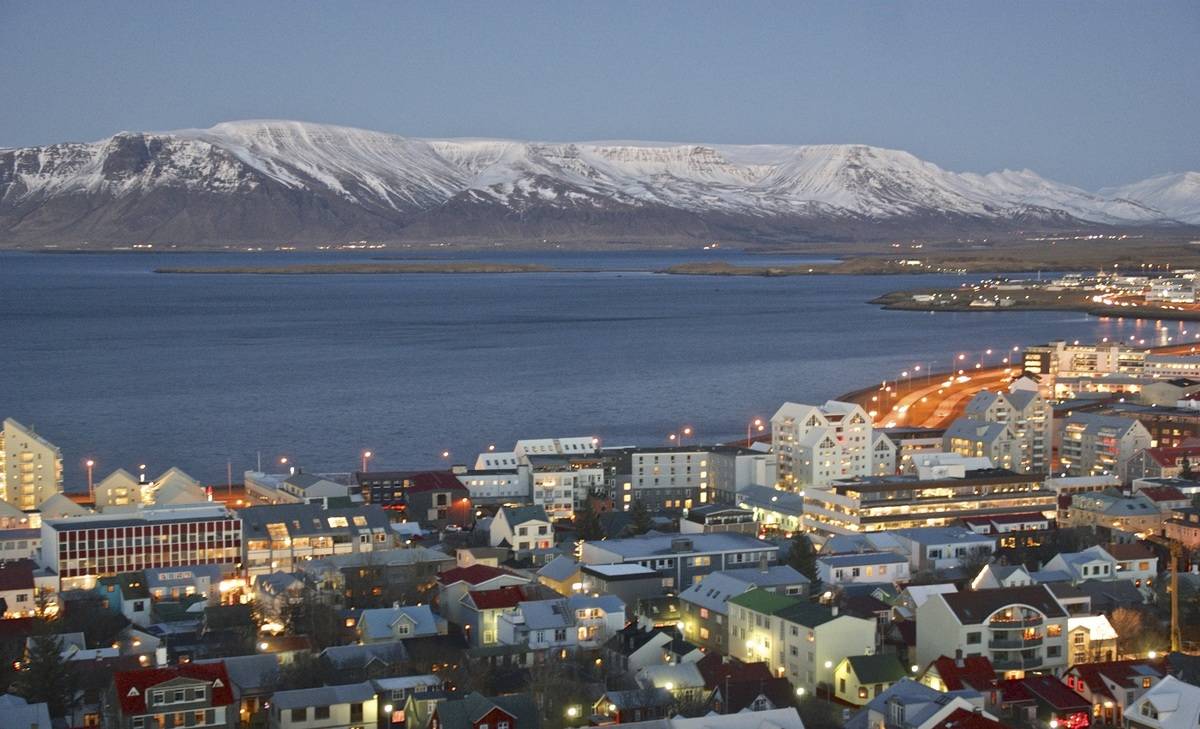 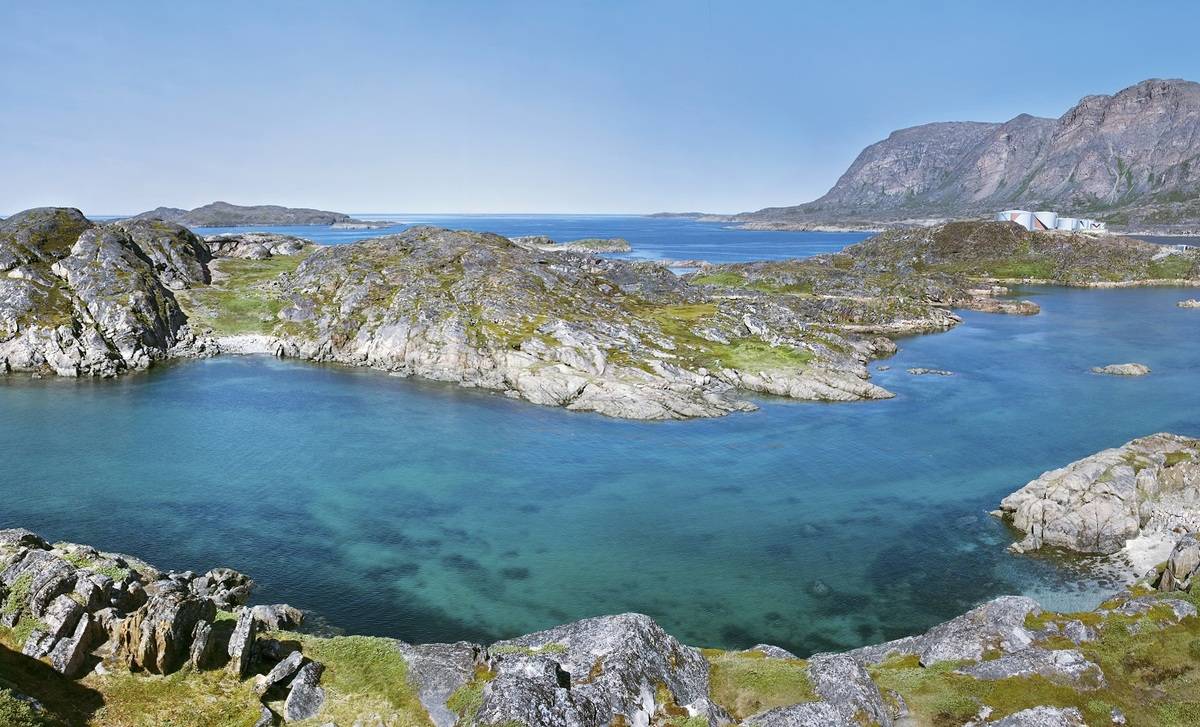 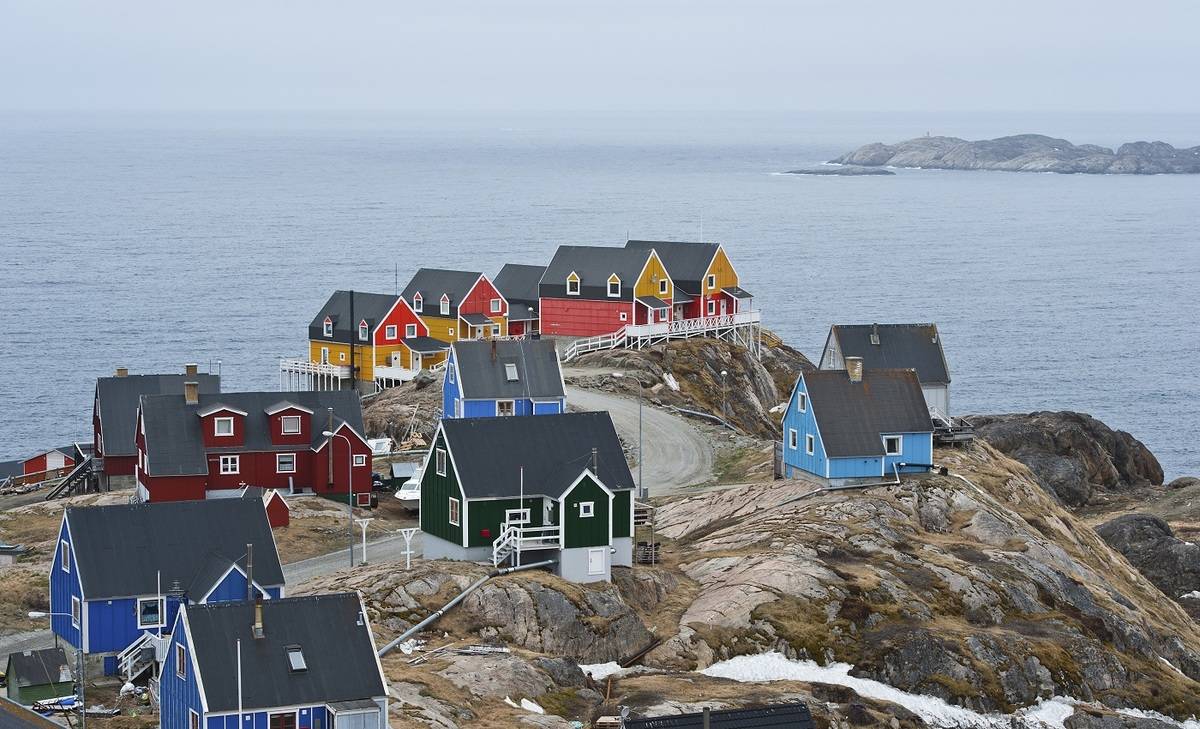 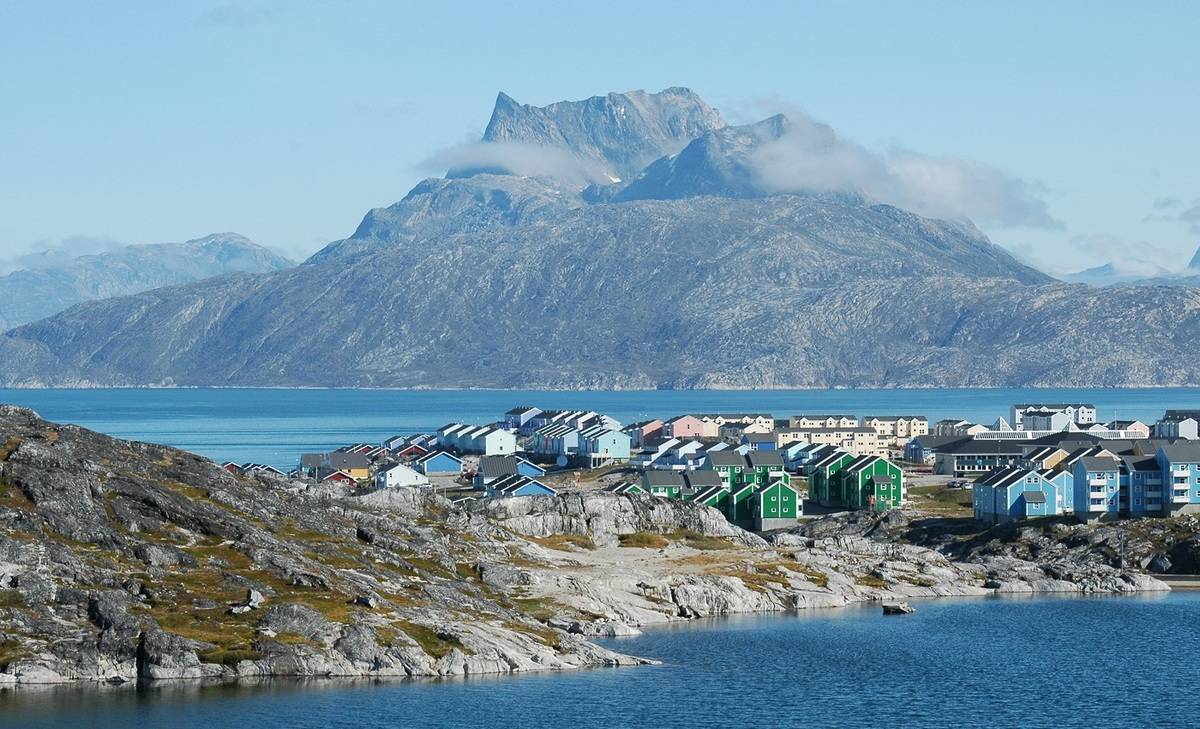 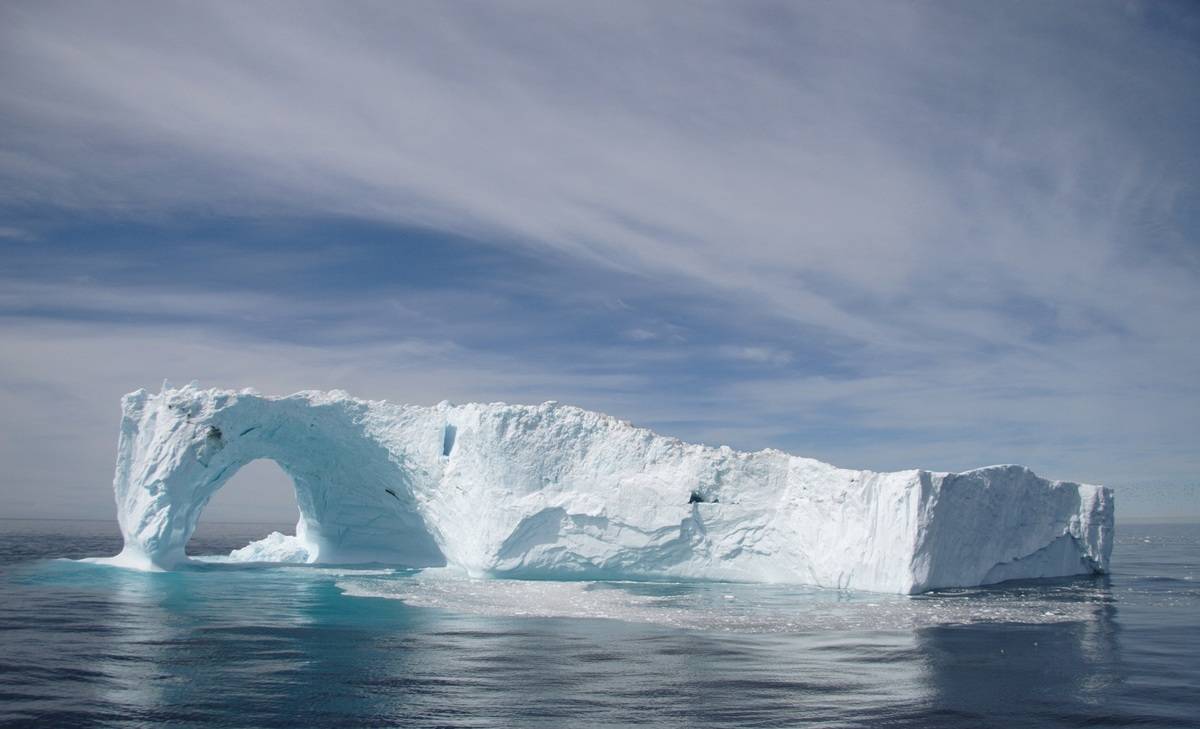 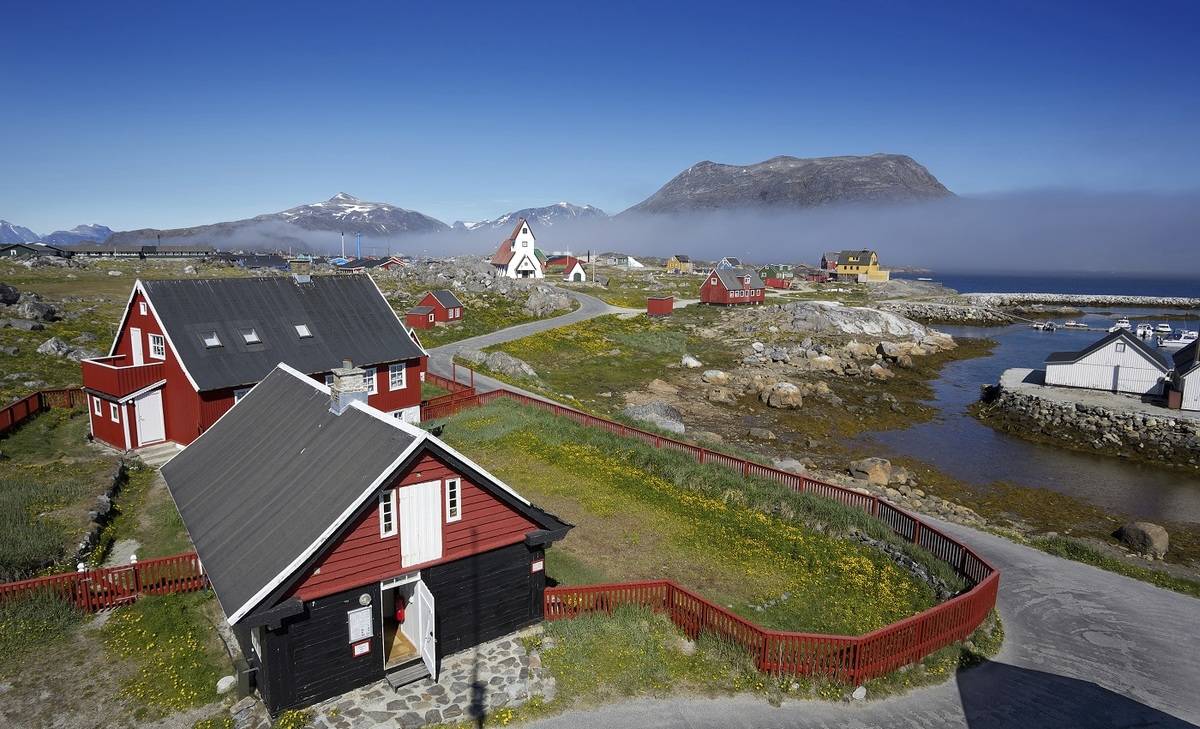 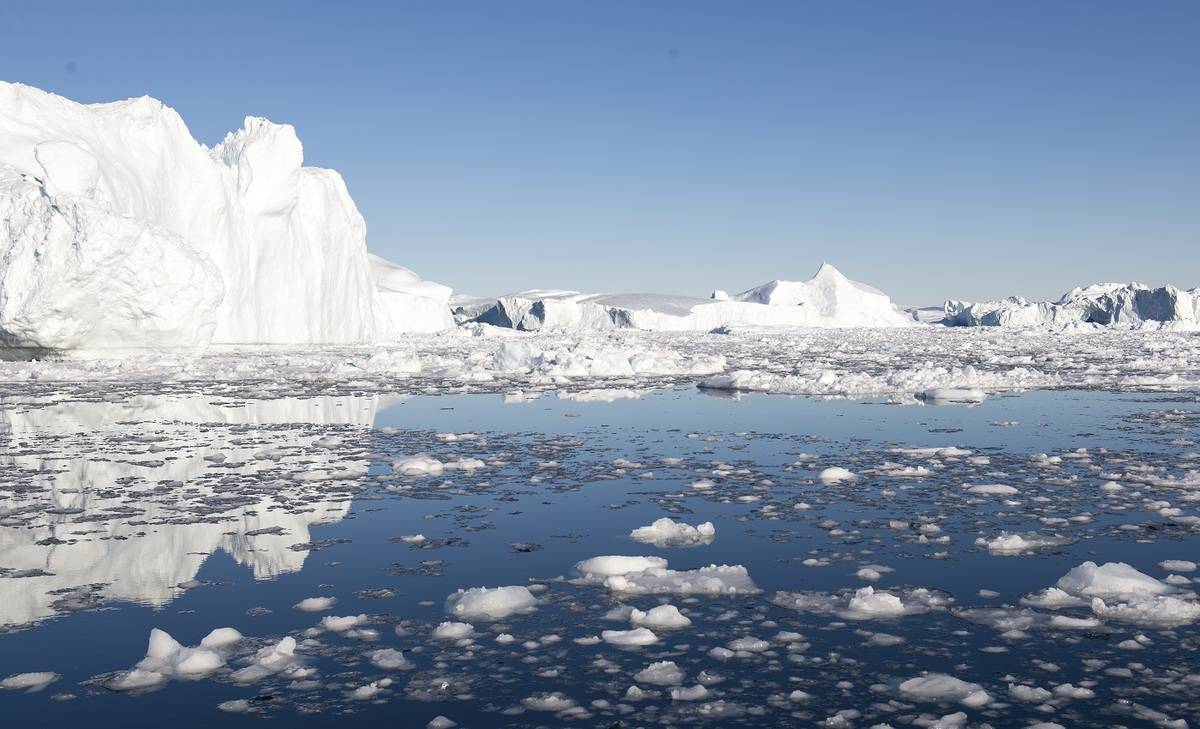 The capital of Iceland’s land of ice, fire and natural wonder, Reykjavik is a city like no other - blossoming among some of the world’s most vibrant and violent scenery. Home to two-thirds of Iceland’s population, Reykjavik is the island’s only real city, and a welcoming and walkable place - full of bicycles gliding along boulevards or battling the wind when it rears up. Fresh licks of paint brighten the streets, and an artistic and creative atmosphere embraces studios and galleries - as well as the kitchens where an exciting culinary scene is burgeoning. Plot your adventures in the city's hip bars and cosy cafes, or waste no time in venturing out to Iceland’s outdoor adventures.

Reykjavik’s buildings stand together in a low huddle - below the whip of winter’s winds - but the magnificent Hallgrímskirkja church is a solid exception, with its bell tower rising resolutely over the city. Iceland’s largest church's design echoes the lava flows that have shaped this remote land and boasts a clean and elegant interior. The Harpa Concert Hall’s sheer glass facade helps it to assimilate into the landscape, mirroring back the city and harbour. Its LED lights shimmer in honour of Iceland’s greatest illuminated performance – the northern lights. Walk in the crusts between continents, feel the spray from bursts of geysers and witness the enduring power of Iceland’s massive waterfalls. Whether you want to sizzle away in the earth-heated geothermal pools, or hike to your heart’s content, you can do it all from Reykjavik - the colourful capital of this astonishing outdoor country.

This afternoon you will embark your ship to start your Arctic adventure!

Days at sea are the perfect opportunity to relax, unwind and catch up with what you’ve been meaning to do. So whether that is whale watching from the Observatory Lounge, writing home to your loved ones or simply topping up your tan by the pool, these blue sea days are the perfect balance to busy days spent exploring shore side.

Located on Greenland’s relatively rarely visited rugged east coast, Skoldungen Fjord has enchanting scenery with towering mountains tipped with snow, ice-scraped valley sides and sculptured icebergs in shades of white and blue. At the top of the fjord one can easily see the retreating state of the Thrym Glacier. The U-shaped fjord offers spectacular scenery and as an extra perk, it is not uncommon to see whales in the fjord.

Connecting the Denmark Strait with Davis Strait, Prins Christian Sund offers a protected course from southeastern to southwestern Greenland, and is one of South Greenland’s most dramatic natural features. The water is generally placid and the crisp scent of ice fills the air. On either side of the Sund, waterfalls stream down sharp, wrinkled mountainsides. Depending on weather conditions, icebergs that glitter in the sun may be constant companions during the passage. Born of compacted ancient snows that formed glaciers and now calve into the sound at the glacier’s edge, each iceberg is different from the next.

Aapilattoq is a small settlement near the western end of Prins Christian Sund in southwestern Greenland. In the local Greenlandic language the name means, "sea anemone". This small village of 130 inhabitants, hidden behind a prominent rock, offers a good insight into the life of Greenlandic Inuit. A stroll through the village will reveal a small school and a church, along with the likely possibility of seeing a polar bear skin drying in the wind behind a local dwelling. People have lived off the land in the area around Aapilattoq since the 19th century. The tradition continues today as most people here hunt and fish to make a living.

Nanortalik lies in a scenic area surrounded by steep mountainsides and is Greenland’s tenth-largest and most southerly town with less than 1500 inhabitants. The town’s name means the “place of polar bears”, which refers to the polar bears that used to be seen floating offshore on summer’s ice floes. Nanortalik has an excellent open-air museum that gives a broad picture of the region from Inuit times to today. Part of the exhibition is a summer hunting camp, where Inuit in traditional clothing describe aspects of their ancestor’s customs and lifestyle.

Uunartoq is a small island in South Greenland a short distance east of what once was considered the largest settlement in Greenland. The island has hot springs that were renowned as far back as the days of the Norse for their healing effects. Three naturally heated streams have been channeled to flow into a knee-deep and stone-lined pool. While one unwinds by soaking in the steaming waters, one can watch icebergs that either clog the fjord to the north or come floating by.

The largest town in southern Greenland, Qaqortoq has been inhabited since prehistoric times. Upon arrival in this charming southern Greenland enclave, it's easy to see why. Qaqortoq rises quite steeply over the fjord system around the city, offering breath-taking panoramic vistas of the surrounding mountains, deep, blue sea, Lake Tasersuag, icebergs in the bay, and pastoral backcountry. Although the earliest signs of ancient civilization in Qaqortoq date back 4,300 years, Qaqortoq is known to have been inhabited by Norse and Inuit settlers in the 10th and 12th centuries, and the present-day town was founded in 1774. In the years since, Qaqortoq has evolved into a seaport and trading hub for fish and shrimp processing, tanning, fur production, and ship maintenance and repair.

18 kilometers northeast of Qaqortoq, Hvalsey is part of Qaqortukulooq, one of the five sites of the UNESCO World Heritage Arctic farming complex Kujataa. Between Eriksfjord to the north and Einarsfjord to the south, the Hvalseyfjord branches off from Einarsfjord. Although Hvalsey is better known for the well-preserved ruins of one of the sixteen churches in the Norse’s Eastern Settlement, the church was in a farmstead known as Thjodhild’s Stead. This farmstead at the northeastern end of the fjord included a large building with living quarters, a hall and livestock pens, as well as other livestock pens, a storage building and a warehouse –the ruins of which can still be seen. The Norse farming laid the foundation for the Inuit farming in later centuries, leading to the UNESCO World Heritage status in 2017.

Qassiarsuk is the newer, Greenlandic name for this small village. Brattahlid is the older, Norse name. Here we tour the foundation remains of the manor house of Erik the Red, who found Greenland after being banished from Iceland and Norway for murder. We will also visit the site of the first Christian church ever built in North America (physiographically speaking), see a recently unearthed Norse graveyard that contains remains of 144 Norse colonists, and have a chance to admire Hans Lynge’s remarkable bronze sculpture of Erik the Red.

Itilleq is an idyllic little village located on a small island about a half a mile off the west coast of Greenland, and only about a mile north of the Arctic Circle. It is one of the most picturesque villages in Greenland with its quaint colorful houses surrounded by stunning rugged mountains and glaciers. Originally, the village of Itilleq was founded on another island in 1847, but was later moved to its present location. The 100 people living here today survive mainly on hunting and fishing, with a fish factory being the main employer.

Spend a day at sea and enjoy the ships facilities.

In the bustling capital city of Greenland, you could be forgiven for forgetting you are in such a vast and isolated country. Nuuk is Greenland's economic and social hub, home to more than a third of Greenland's population, and although it feels like a world capital, scratch the surface, and a uniquely Greenlandic character can be found underneath. Nuuk Cathedral overlooks the gorgeous old Colonial Harbour district and the Greenland National Museum, resting place of the legendary Qilakitsoq mummies, the true highlight of the museum's archaeological collection. Above the Colonial Harbour sits downtown Nuuk, with lines of Scandistyle apartments, a bustling shopping district, the Greenlandic Parliament, Nuuk City Hall (which welcomes visitors to see its artwork) and even outdoor cafes selling locally produced food and beer.

These nods to modernity compete for space with local artisan boutiques, the meat market selling the catch from Nuuk's vast fjord-lands, and the stunning Katuaq Cultural Centre, where blockbuster movies, as well as local and foreign performers entertain the people of Nuuk. Although Nuuk has long been a melting pot of Danish and Greenlandic ideas, this is a city where Greenland displays its sophistication, with the Country's only traffic lights, roundabouts and University. Most of all, expect to find a multitude of friendly people who are proud of who they are, and equally proud of the city they call home.

After breakfast disembark in Kangerlussuaq.

Kangerlussuaq is a settlement in western Greenland in the Qeqqata municipality located at the head of the fjord of the same name (Danish: Søndre Strømfjord). It is Greenland's main air transport hub and the site of Greenland's largest commercial airport. The airport dates from American settlement during and after World War II, when the site was known as Bluie West-8 and Sondrestrom Air Base. The Kangerlussuaq area is also home to Greenland's most diverse terrestrial fauna, including muskoxen, caribou, and gyrfalcons. The settlement's economy and population of 512 is almost entirely reliant on the airport and tourist industry. 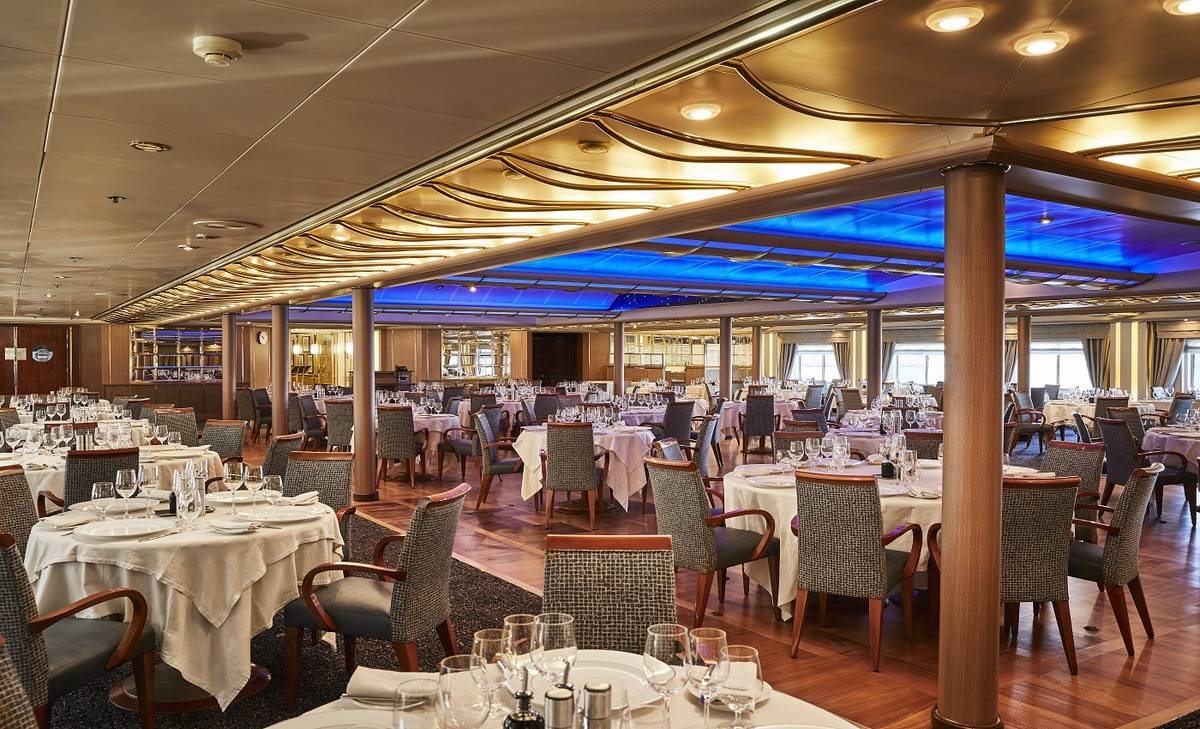 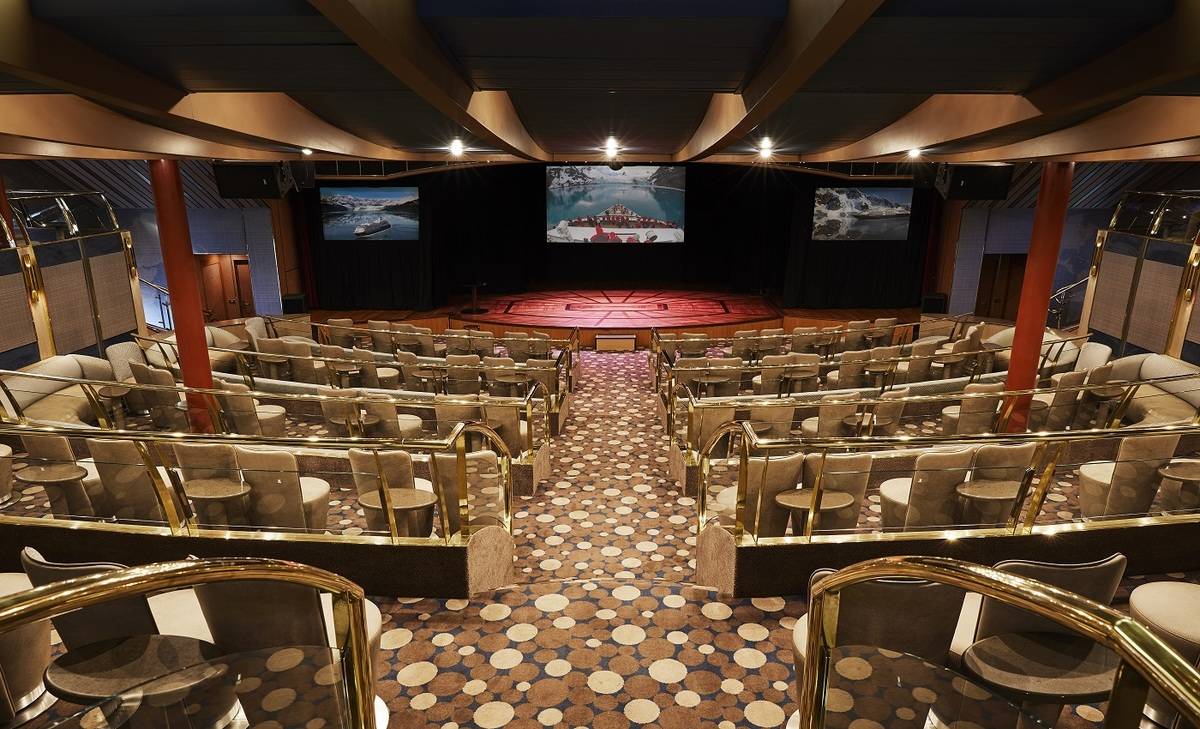 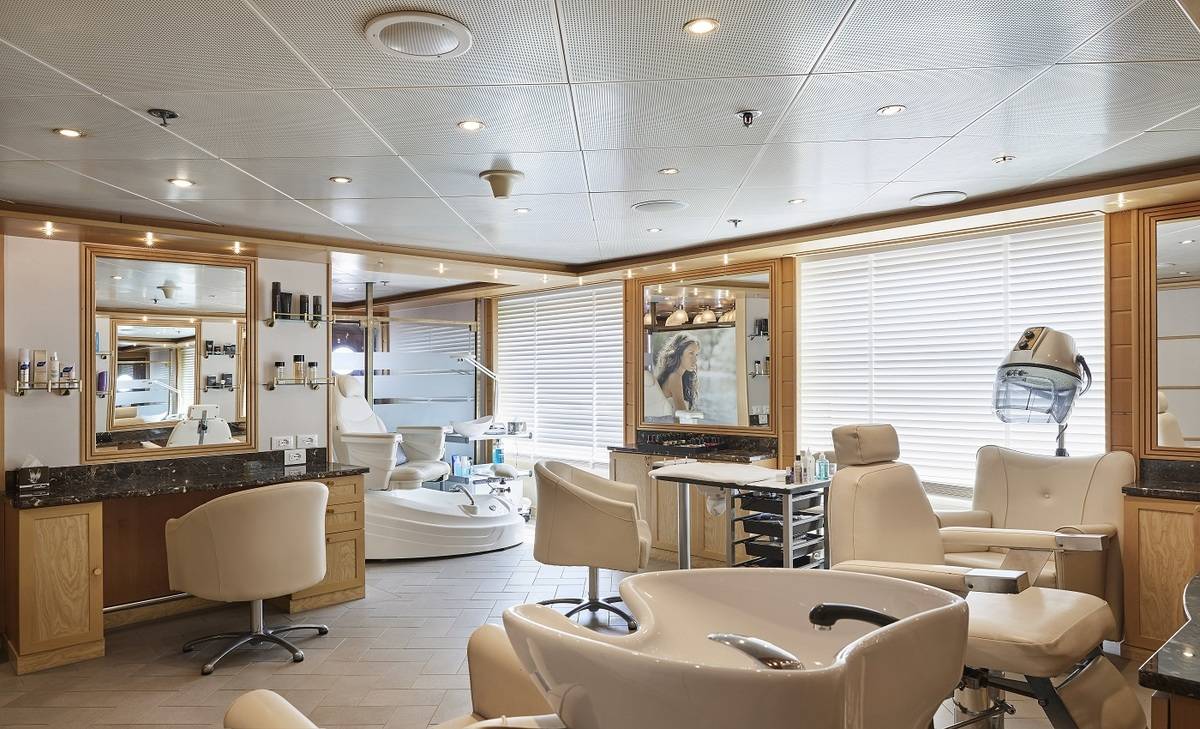 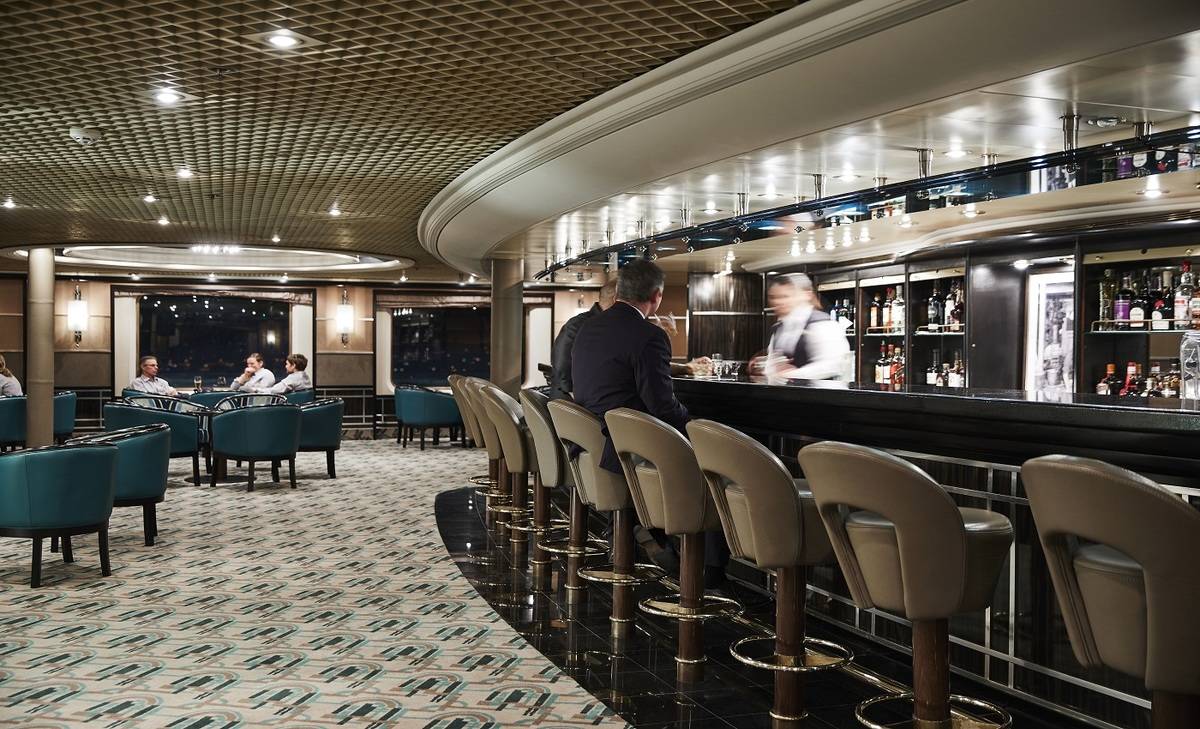 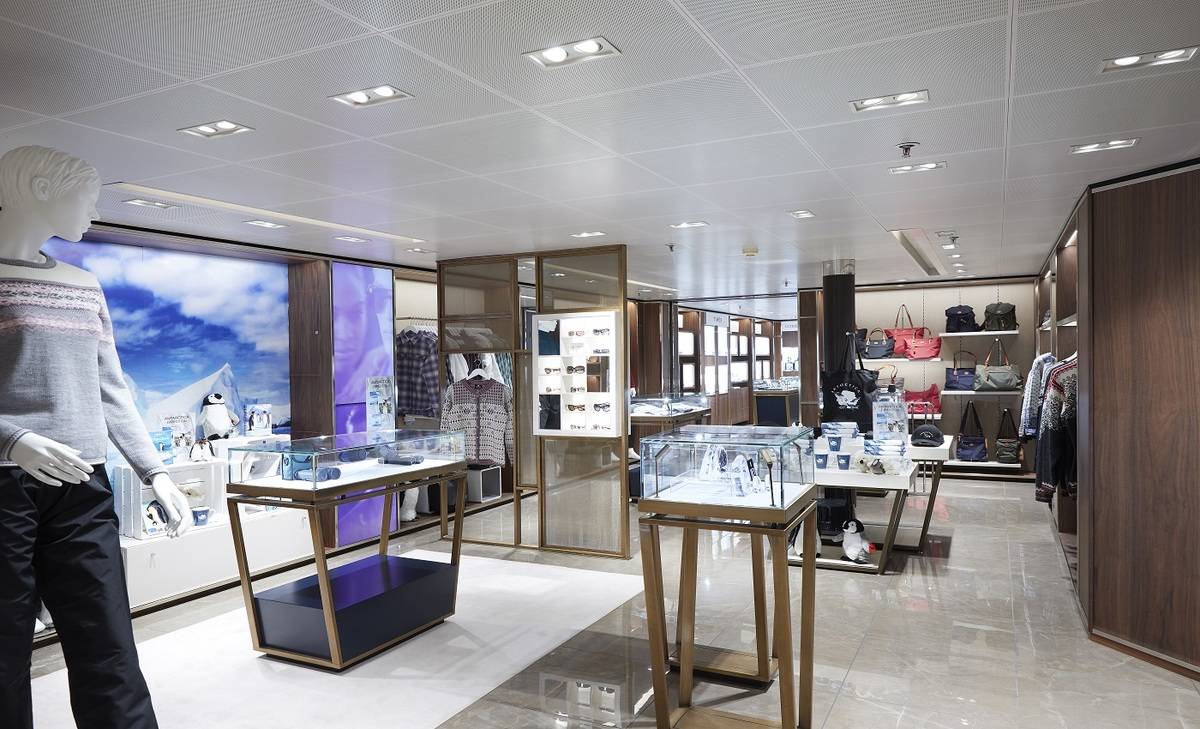 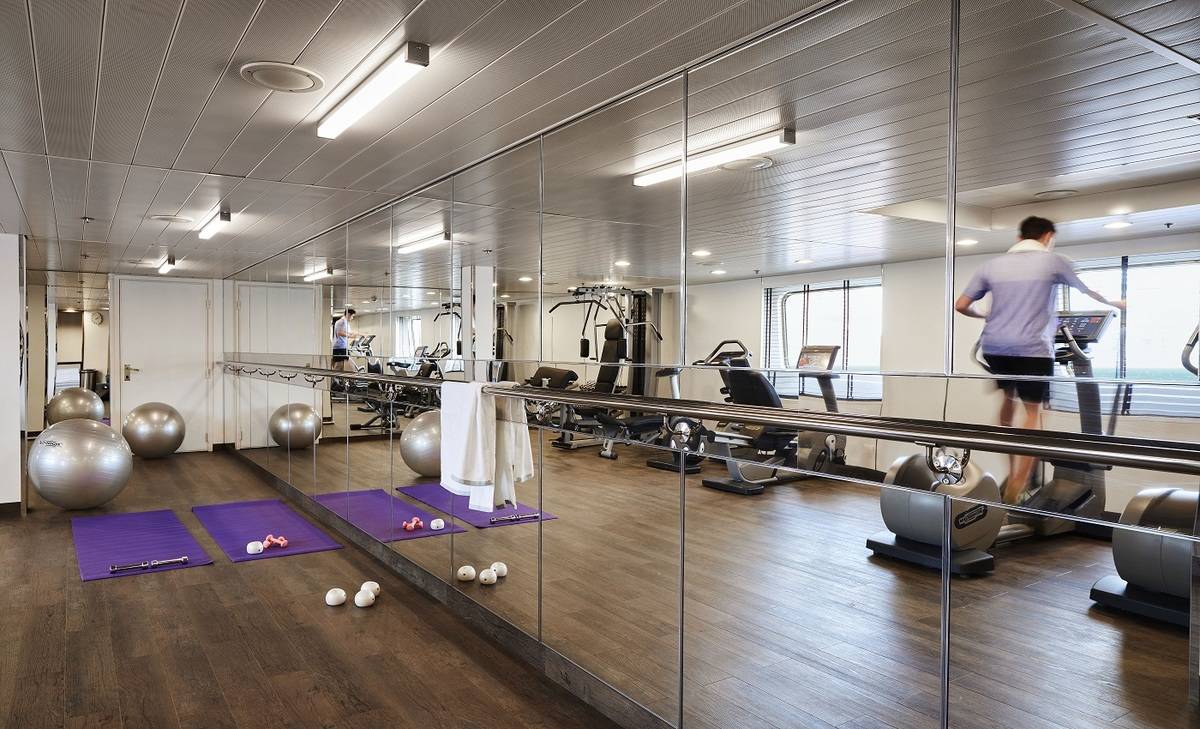 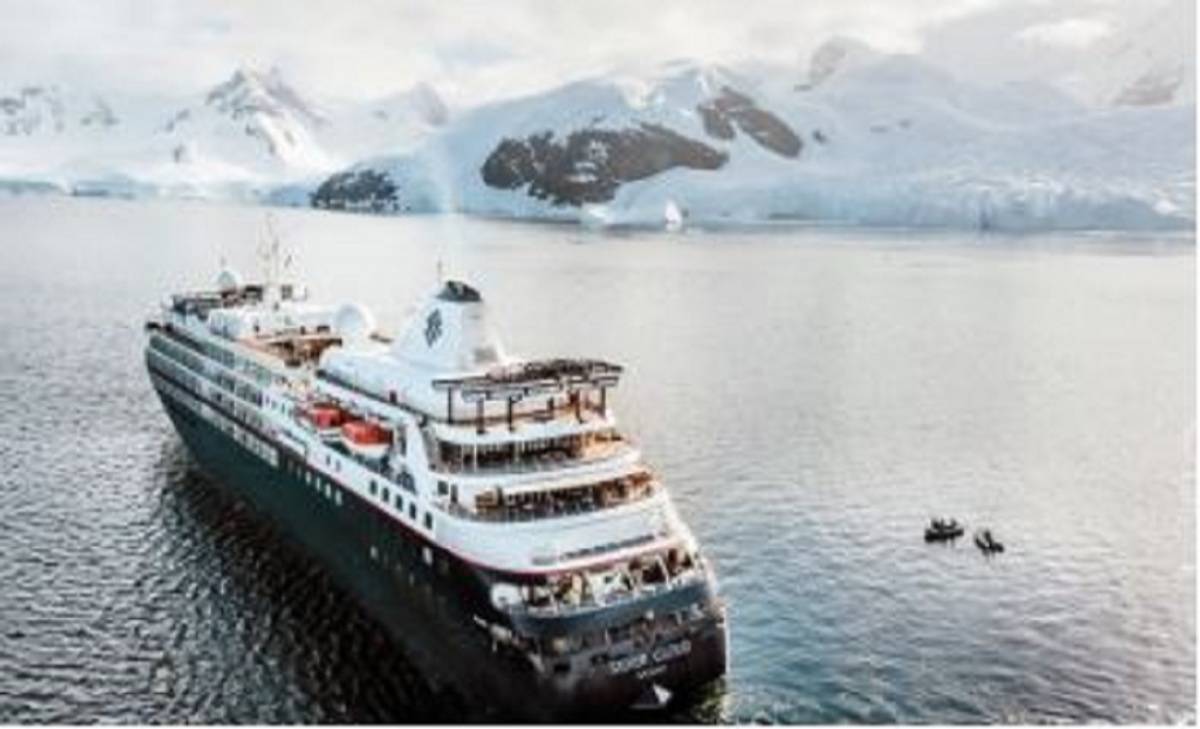 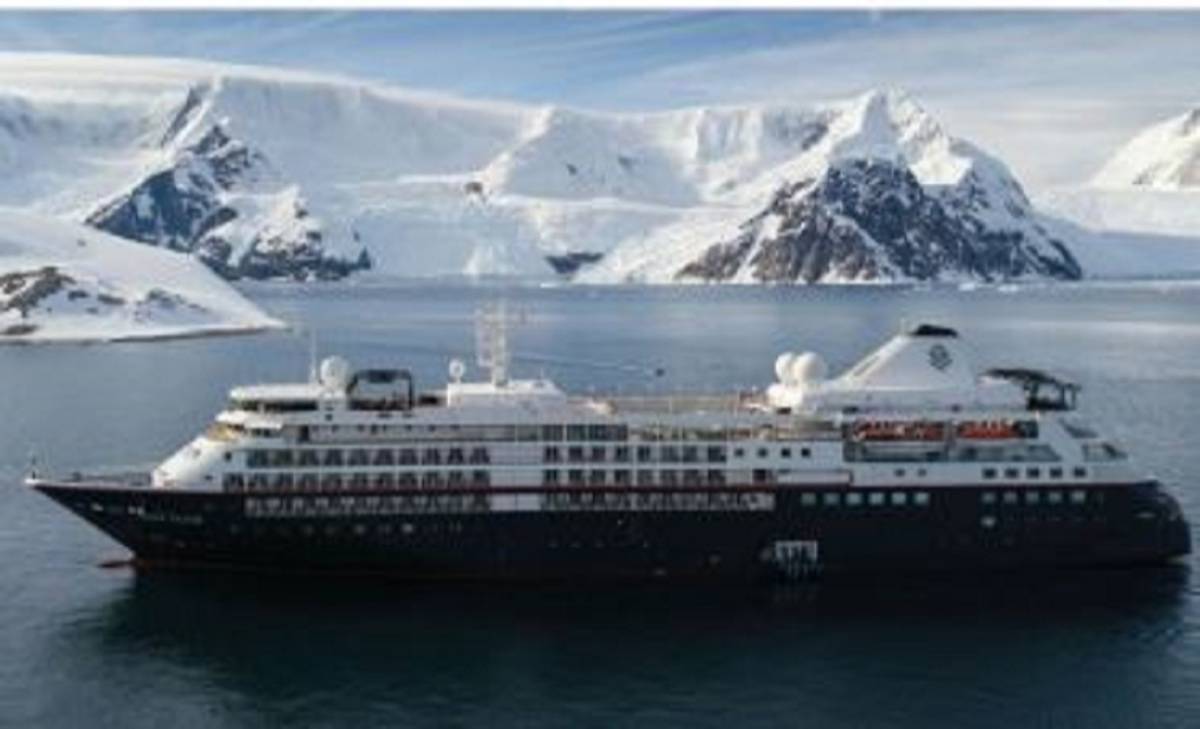 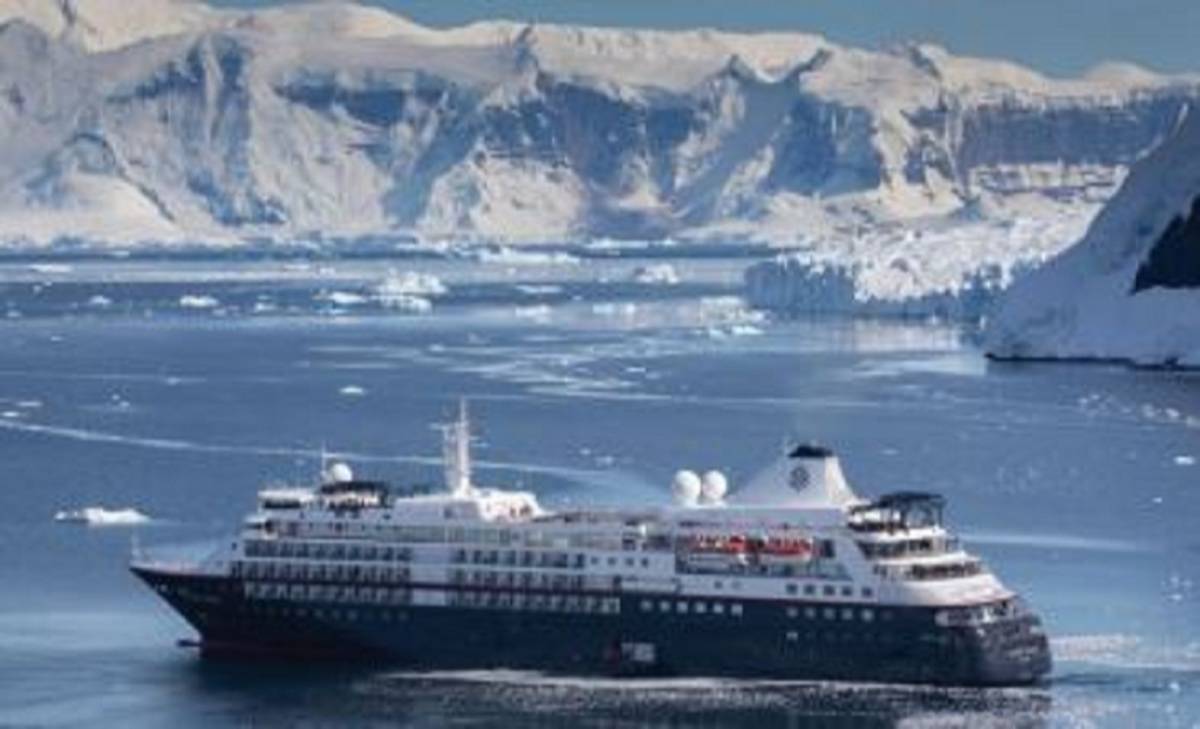 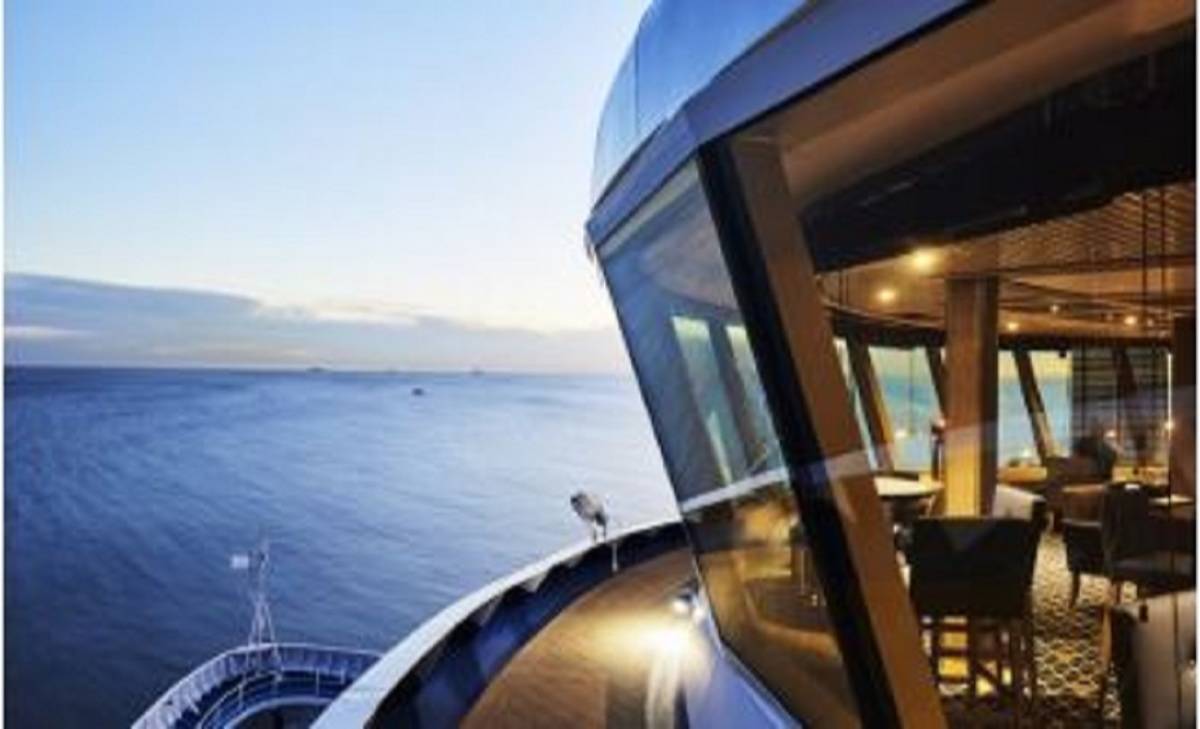 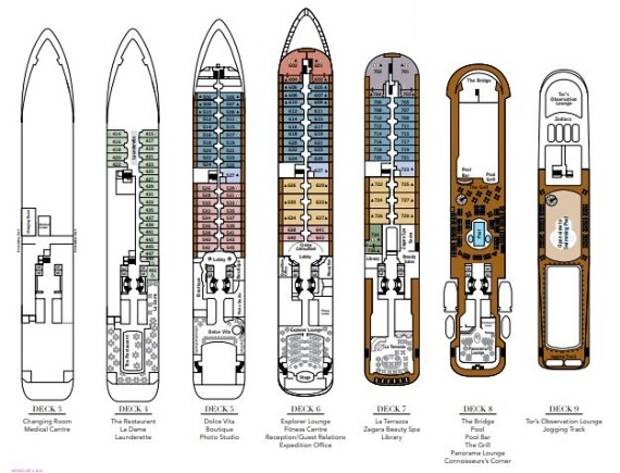