The Kimberley and Rowley Shoals

Set sail for the wild and grandiose landscapes of Kimberley, following this exceptional itinerary. From Darwin to Broome, embark aboard Le Soleal for an 13-day expedition cruise to one of the last unspoiled regions on the planet. Le Soleal will take you along one of the most spectacular coasts in the entire region. Off the coast, in the Timor Sea, the Rowley Shoals, will reveal you an extraordinary underwater life that abounds in beautiful coral reefs. With their falls, abrupt gorges, savannah, calm waters and desolate mountain chains, the wild lands of Kimberley are the promise of an exceptional adventure. 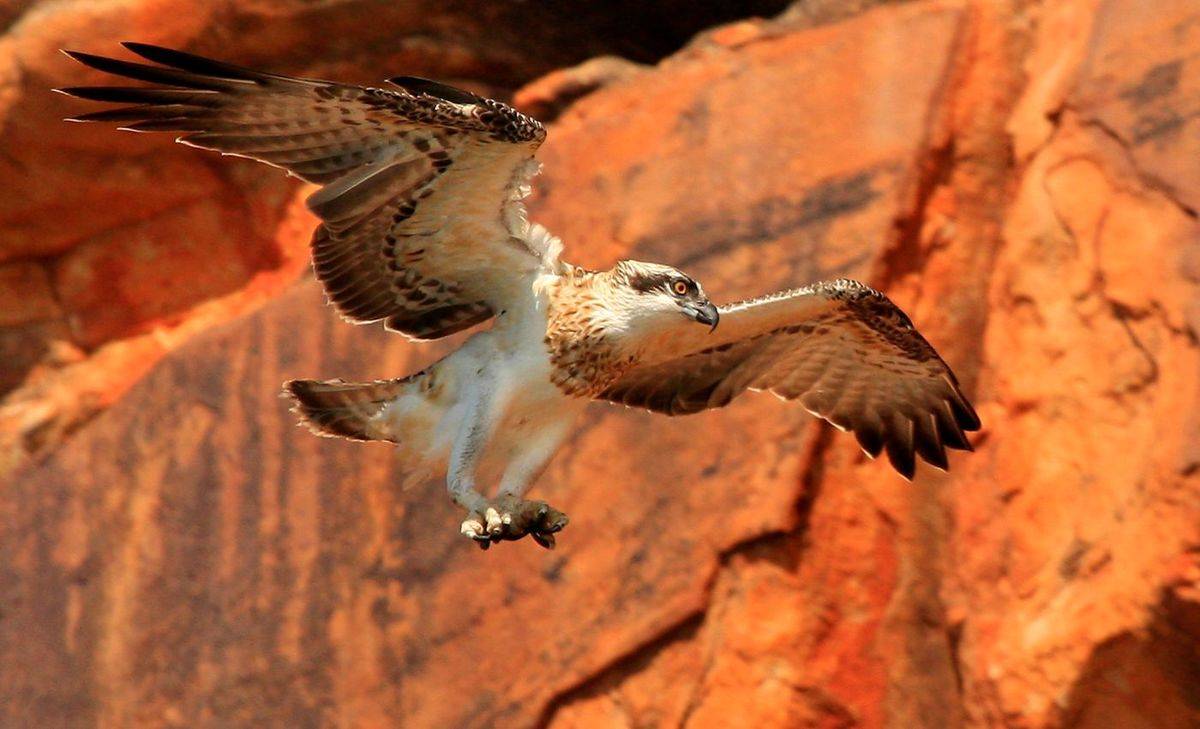 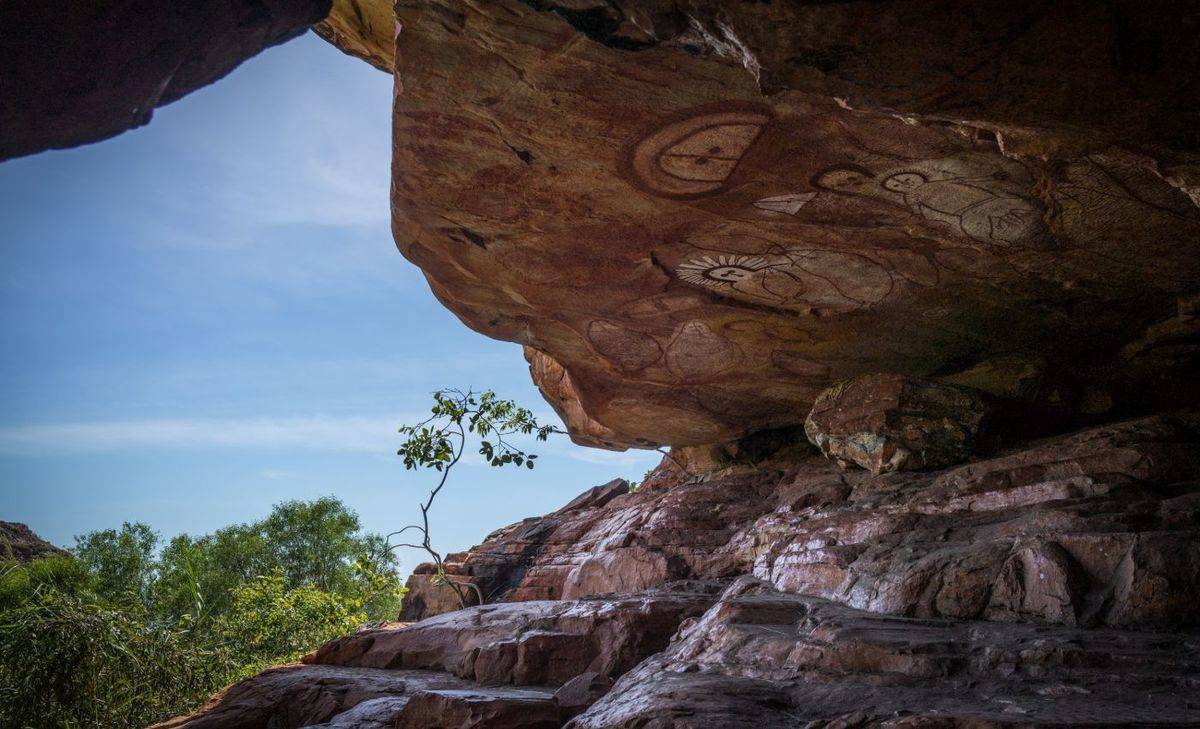 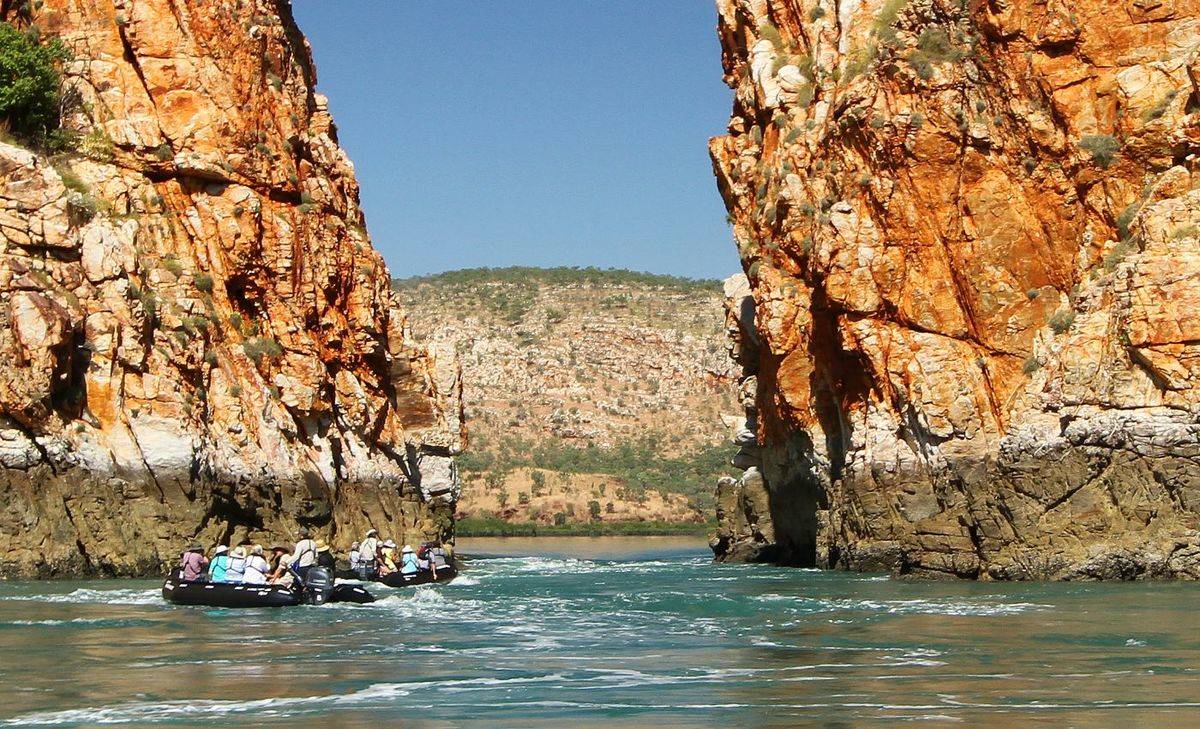 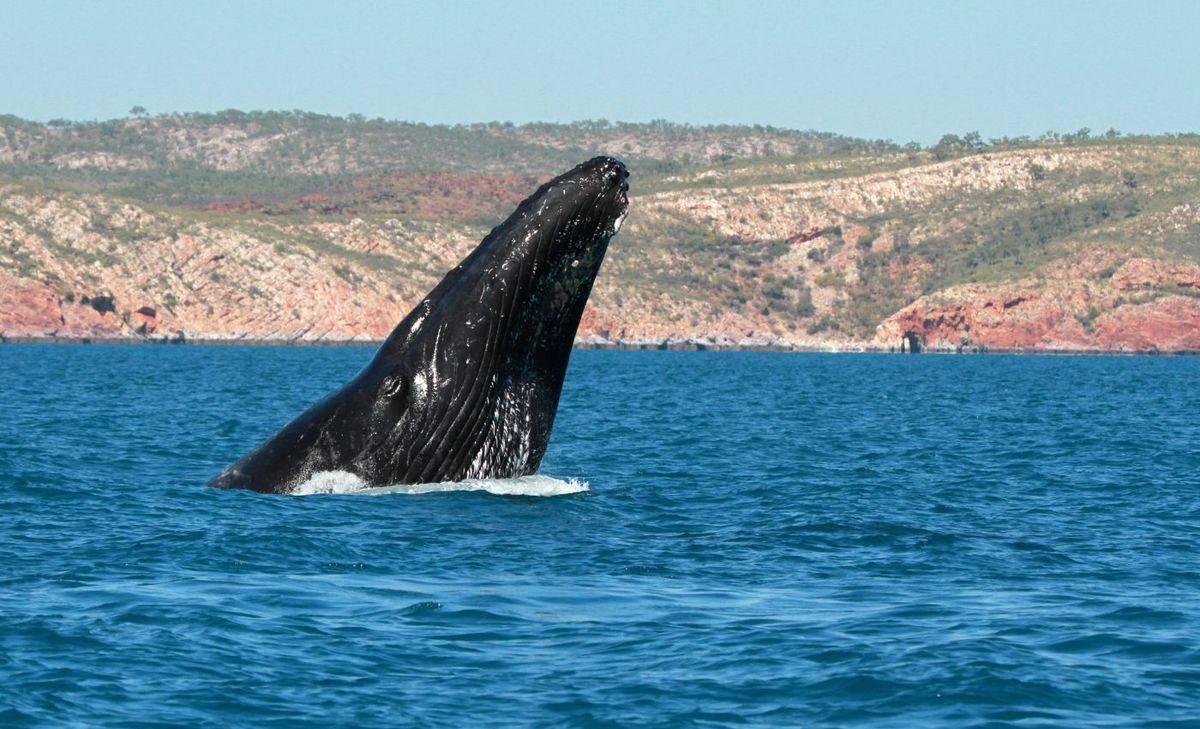 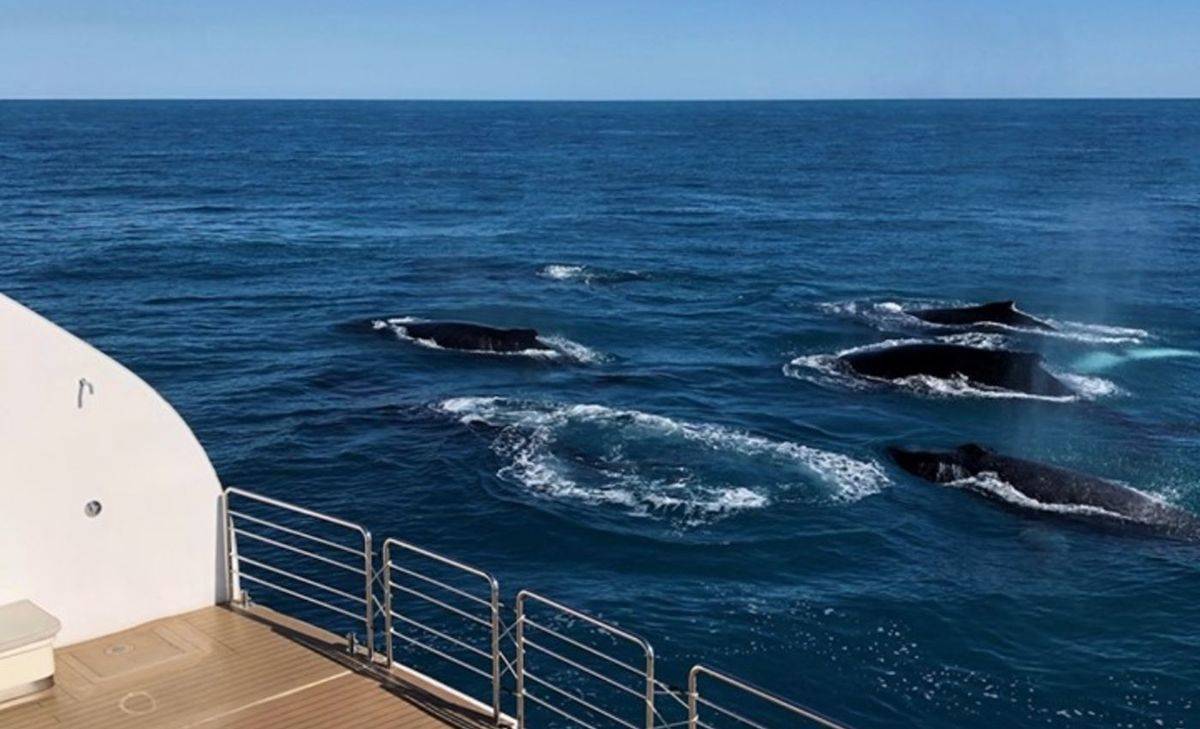 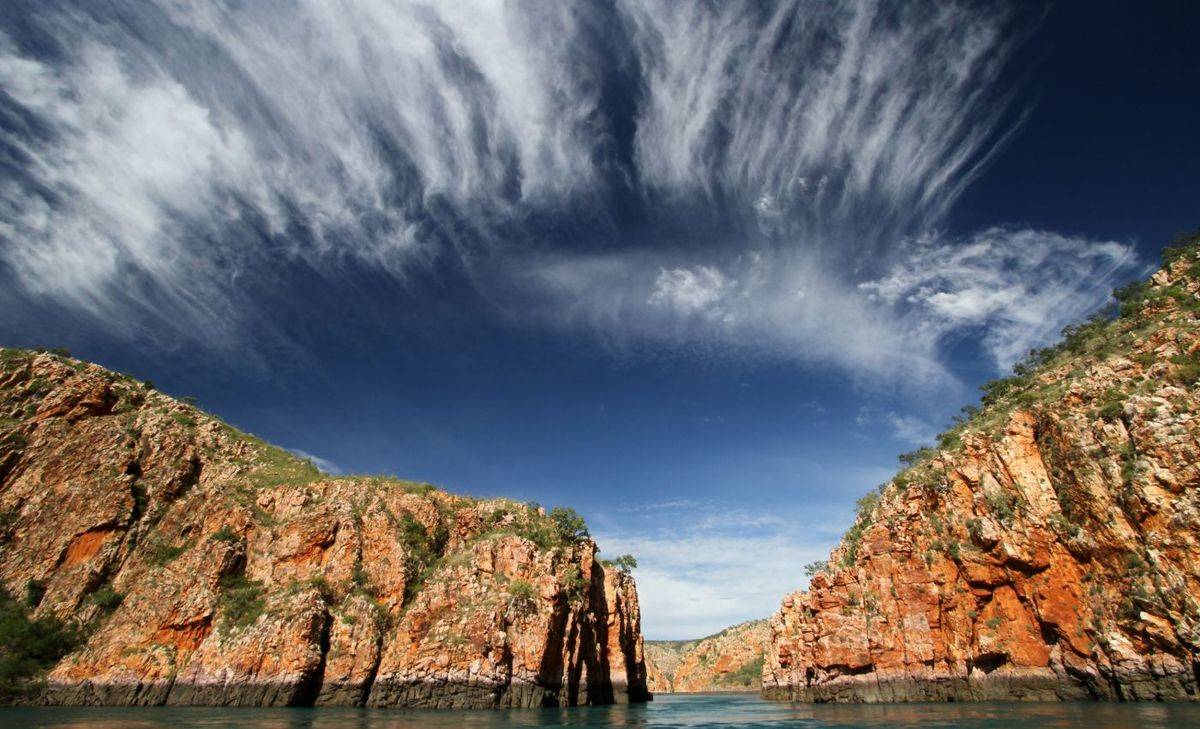 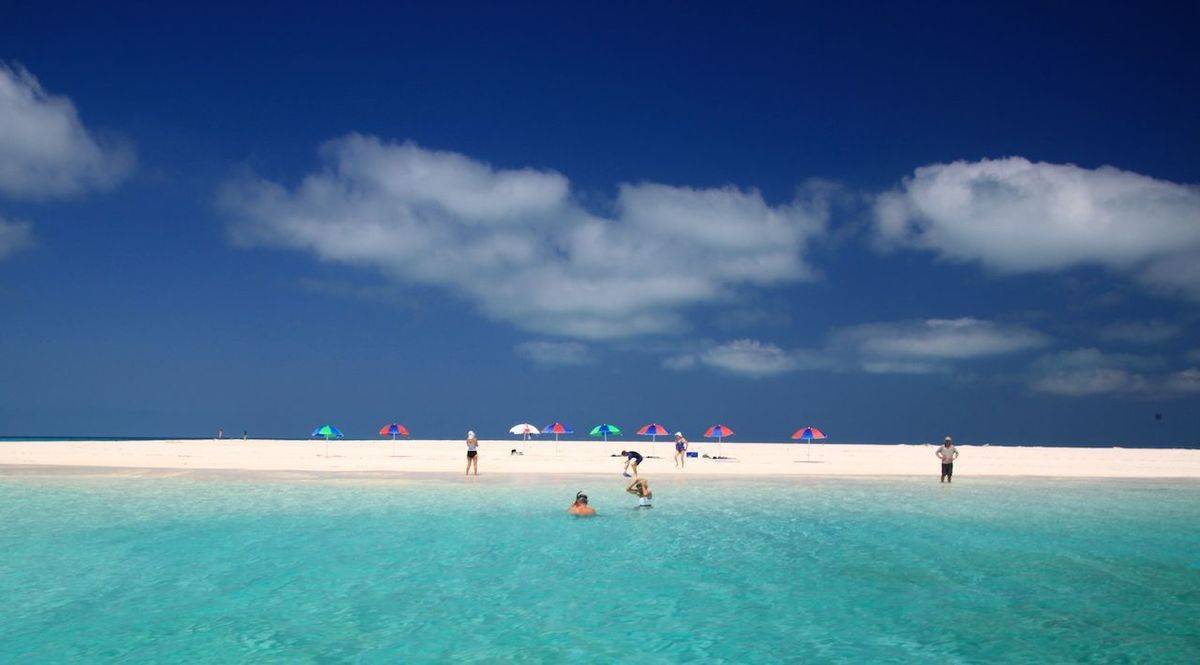 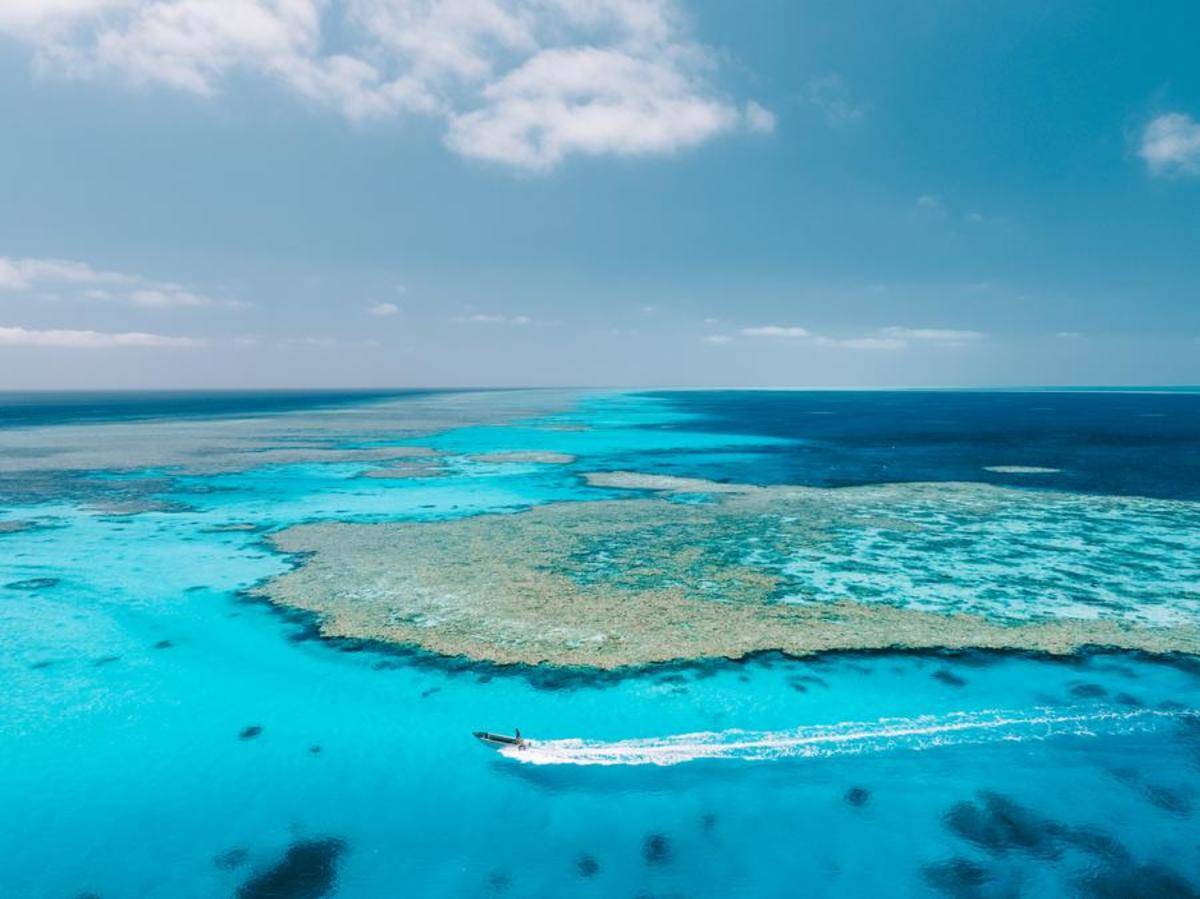 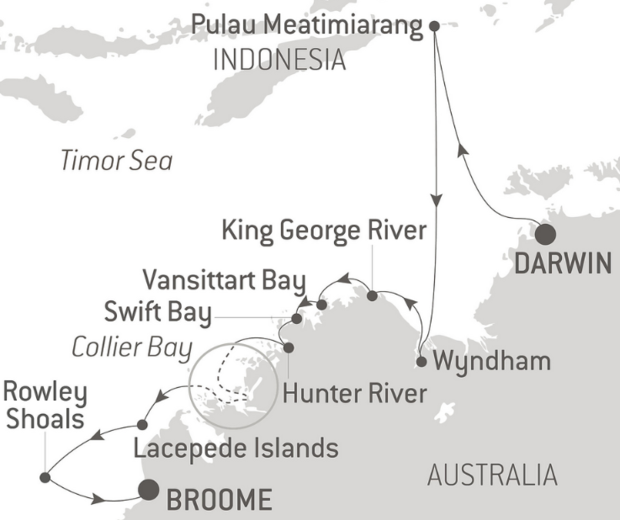 Darwin is located in Australia’s Northern Territory which is also known as the “Top End”. It is the capital city and the most populated town of the Northern Territory. Darwin is a beautiful tropical city, a melting pot of people and cultures, over 50 different cultures live and work side by side that prides itself in its unique and friendly laid-back lifestyle. Come discover the town’s still recent history through its emblematic buildings such as the new Parliamant House opened in 1994, a magnificent example of tropical architecture or Admiralty House declared heritage place, a tropical-style home elevated on stilts that has survived two cyclones and numerous air raids.

Enjoy a leisurely day at sea to take advantage of the luxurious onboard services or enjoy a cool drink by the pool. Enjoy time to reflect on your experiences or share photographs with fellow guests. Your expedition team will be offering an enrichment programme focusing on Australia, it’s history and flora and fauna. Perhaps take the opportunity to be out on deck sunbathing or sampling culinary specialties prepared by our Chef and Galley Team. The Indonesian officials will perform the necessary clearance formalities. Our stopover at Pulau Meatimiarang is for technical clearance purposes only. There is no opportunity for guests to go ashore.

Wyndham is the northernmost town in Western Australia and in many ways is the gateway to the Kimberley. It is surrounded by some of the most spectacular landforms, rivers and wetlands in the Kimberley. There are two possible excursions to take part in at Wyndham that must be booked upon confirmation:
- Bungle Bungle Scenic Flight
- Ord River Tour

Arguably one of the most scenic parts of the Kimberley coast, Prince Frederick Harbour and the Hunter River are lined with ancient rainforest pockets, pristine mangroves and mosaic sandstone cliffs. They are considered to be some of the most pristine mangrove forests in the world, containing up to 18 different species, supporting a rich and diverse fauna. The sandstone escarpment at the river mouth, known as “Kampamantiya” rises over 200 metres high before giving way to extensive mud banks and mangrove forests home to numerous bird species and the iconic saltwater crocodile. Our expert Expedition Team will share their knowledge with you as you explore this pristine mangrove environment by Zodiac keeping a constant lookout for wildlife. You will also have the opportunity to reach the Mitchell Falls by helicopter from Naturalist Island beach.

Lying to the east of the Buccaneer archipelago, the ancient landscapes of Collier Bay have been shaped by the massive tidal movements the region is renowned for, creating a photographer’s paradise. With a tidal range exceeding 14 metres, recorded near Yule entrance at the southern end of the bay, they are among the largest in the world. This massive daily movement of water creates unique phenomena that occur nowhere else in the world. Nestled in the centre of the Bay is Montgomery Reef, the world’s largest inshore reef system. As the tide falls a raging torrent of water cascades off the top of the reef, creating turbulent ‘rivers’ and mini waterfalls. At the Southern end of the Bay, Talbot Bay is home to the world’s only ’Horizontal Falls’ described by Sir David Attenborough as “One of the greatest wonders of the natural world.” Hidden in the many caves and grottos of this ancient landscape are a multitude of ancient Rock Art galleries. Here you can find spectacular examples of the Wandjina and Gwion Gwion styles.
As we are at the mercy of weather and tide conditions in this region, the activities mentioned above are only possible experiences and can’t be guaranteed.

Regarded as one of the world’s most spectacular diving and snorkelling locations, the Rowley Shoals lie 260 kilometres west of Broome in the Timor Sea. The three coral atolls of Mermaid, Clerke and Imperieuse reefs rise, near vertical, from the surrounding crystal-clear waters on the edge of the continental shelf. The shallow lagoons inhabited by a diverse array of corals and abundant marine life are ideal for exploration by snorkellers and divers. To take full advantage of the location, your ship will spend one and a half days at the Rowley Shoals, allowing you to swim and snorkel from Zodiac. 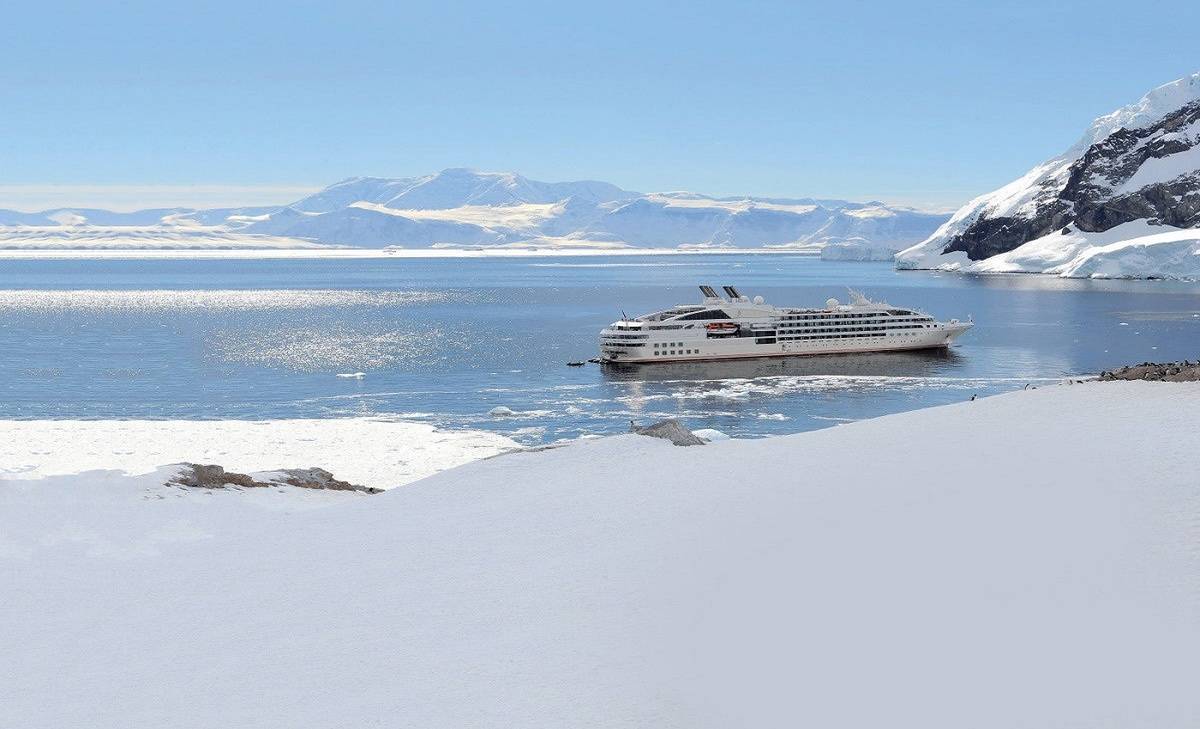 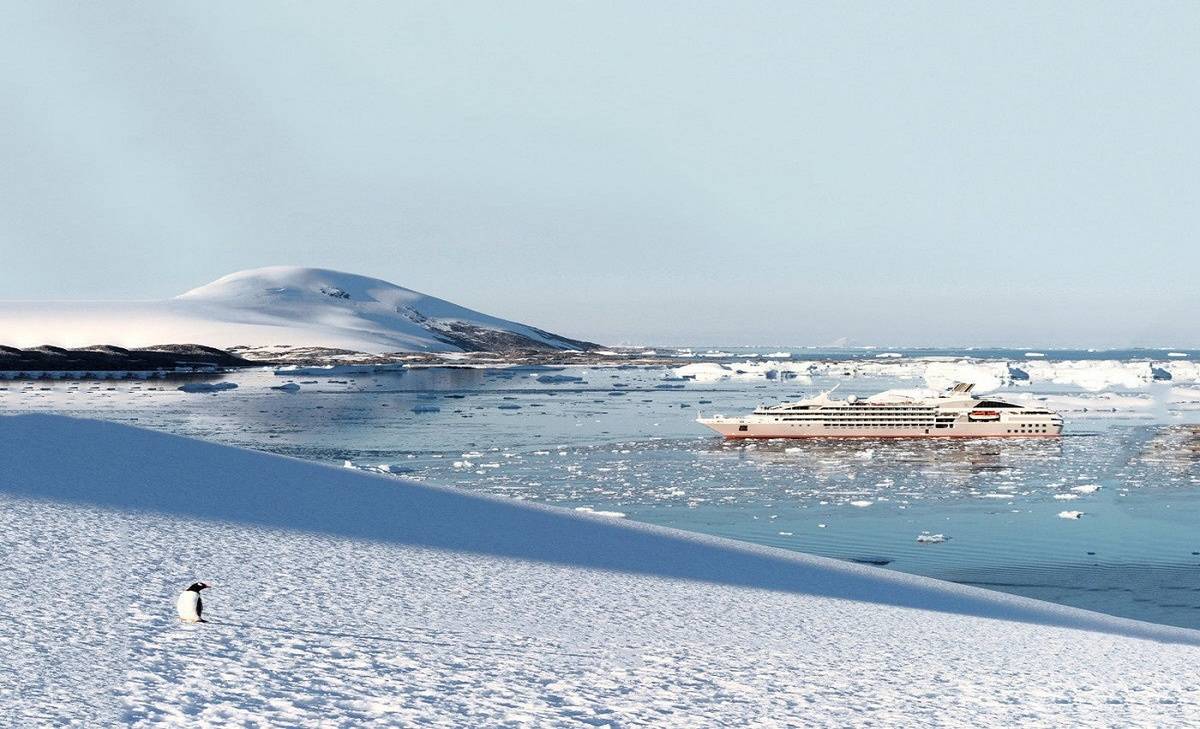 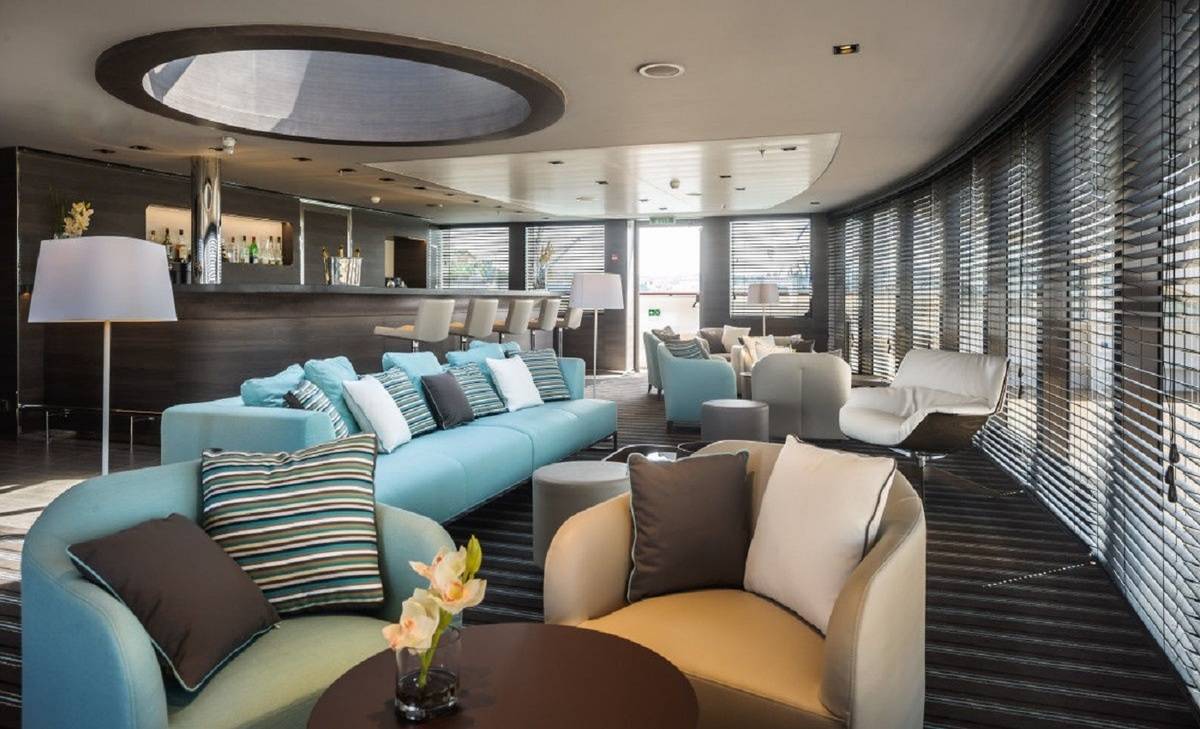 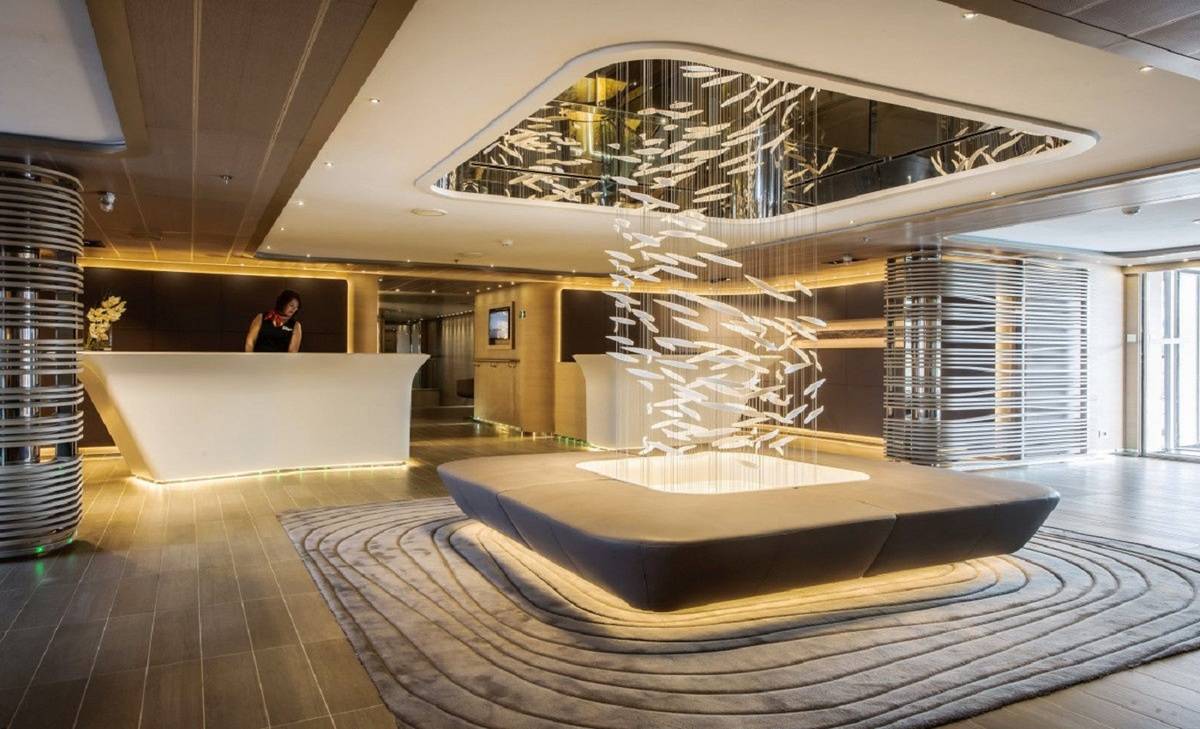 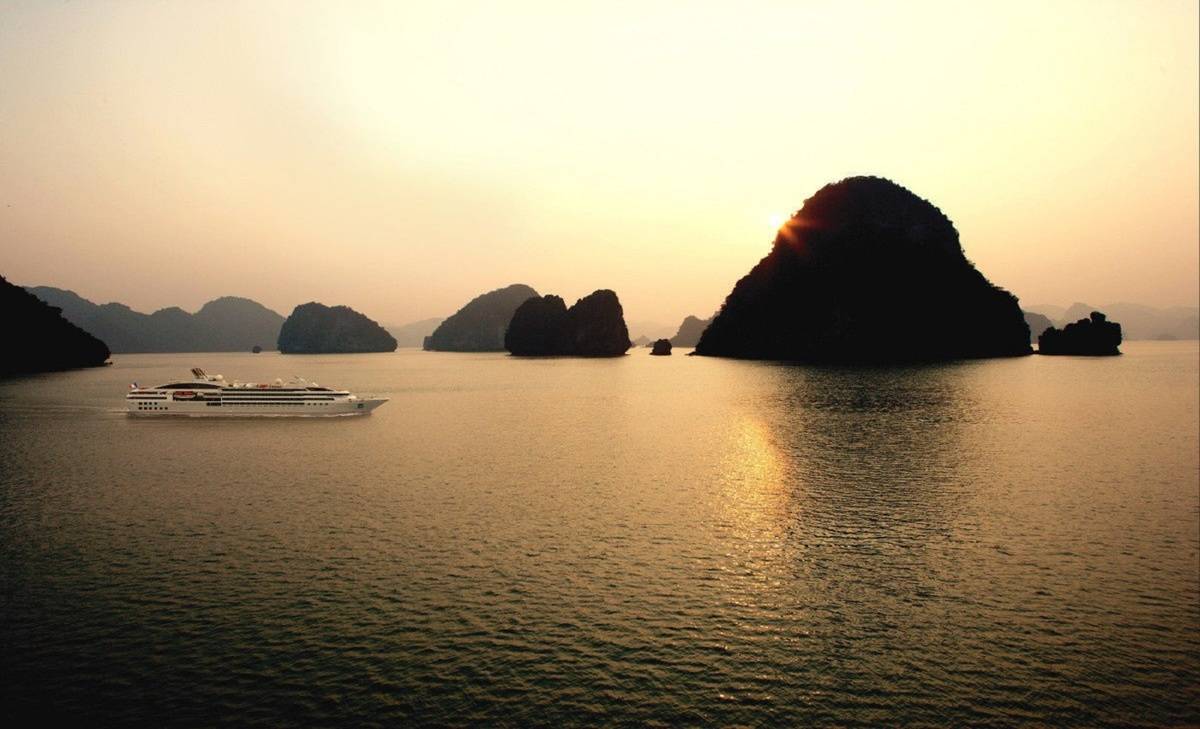 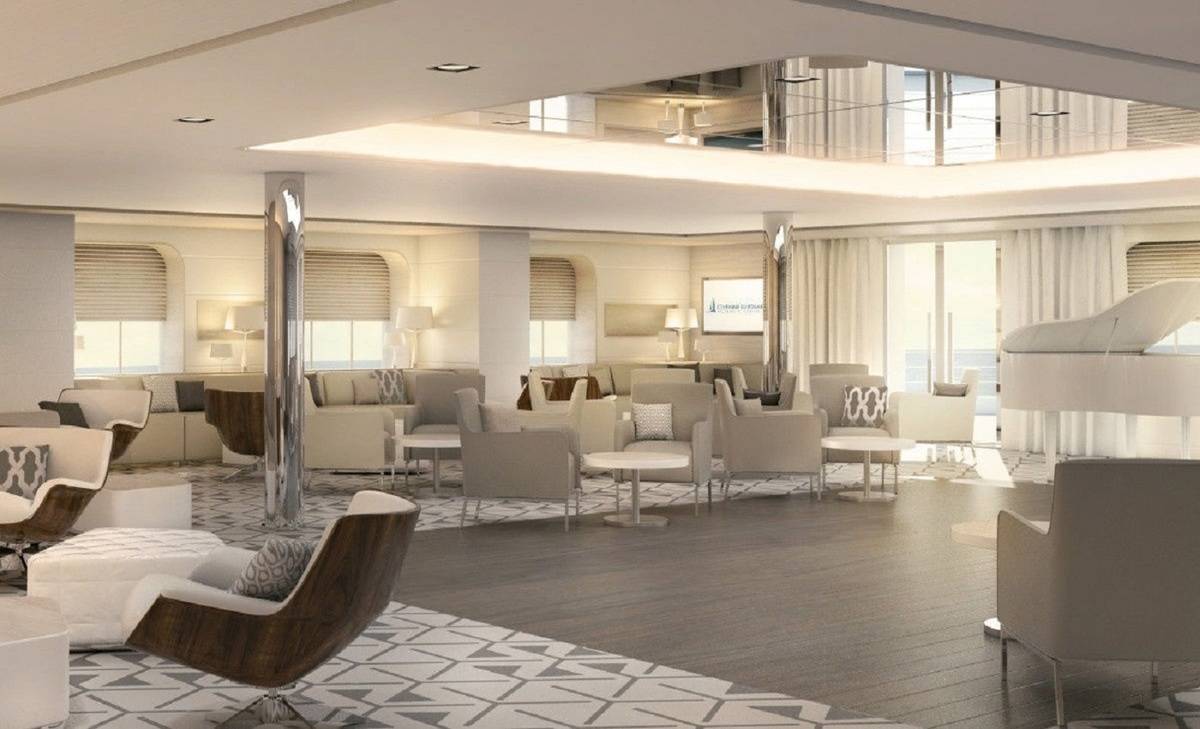 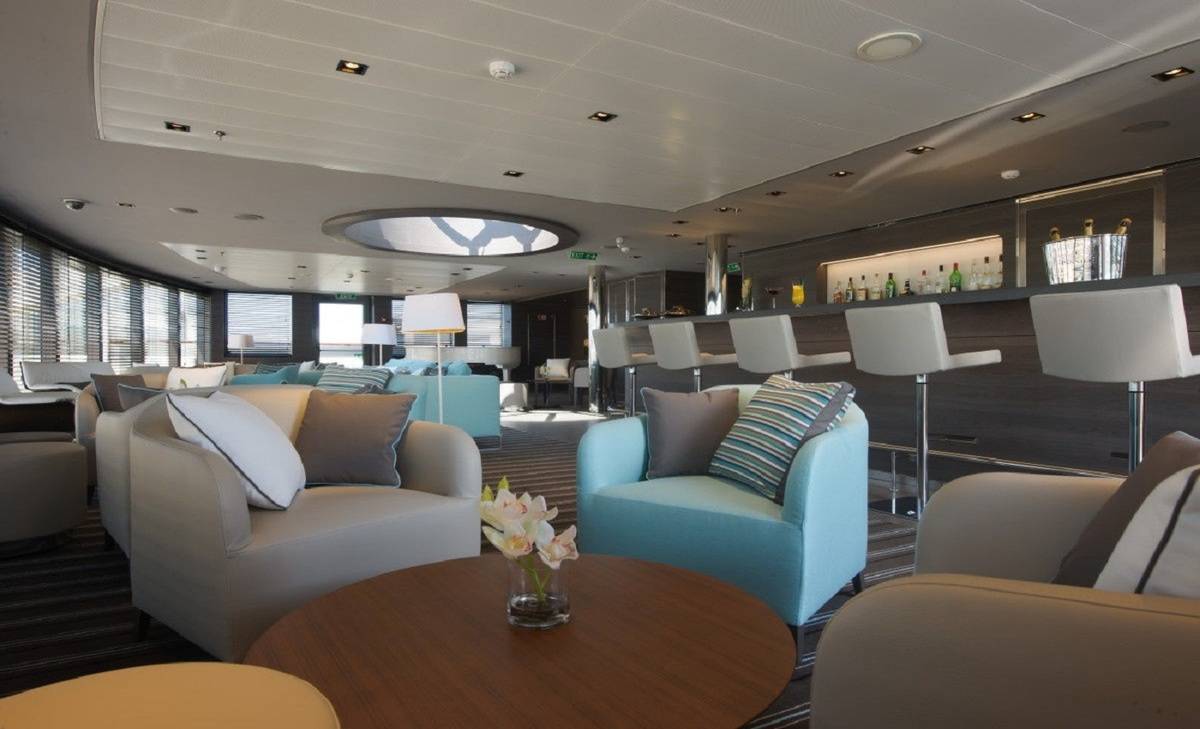 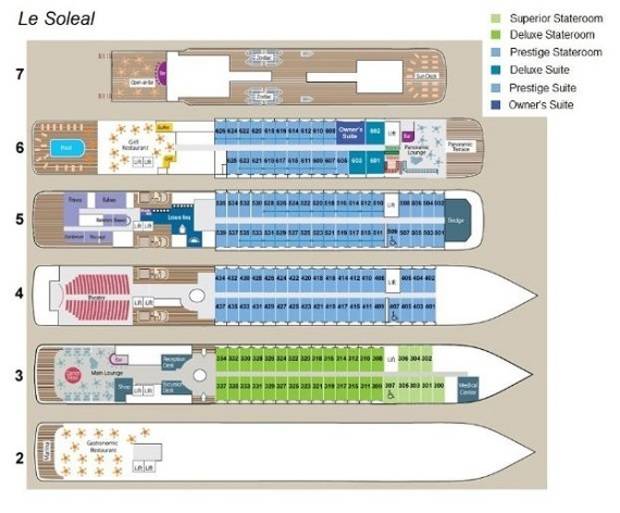 In Wyndham, enjoy one of the 3 complimentary excursions (subject to availability, on a first come first served basis in chronological order of booking: