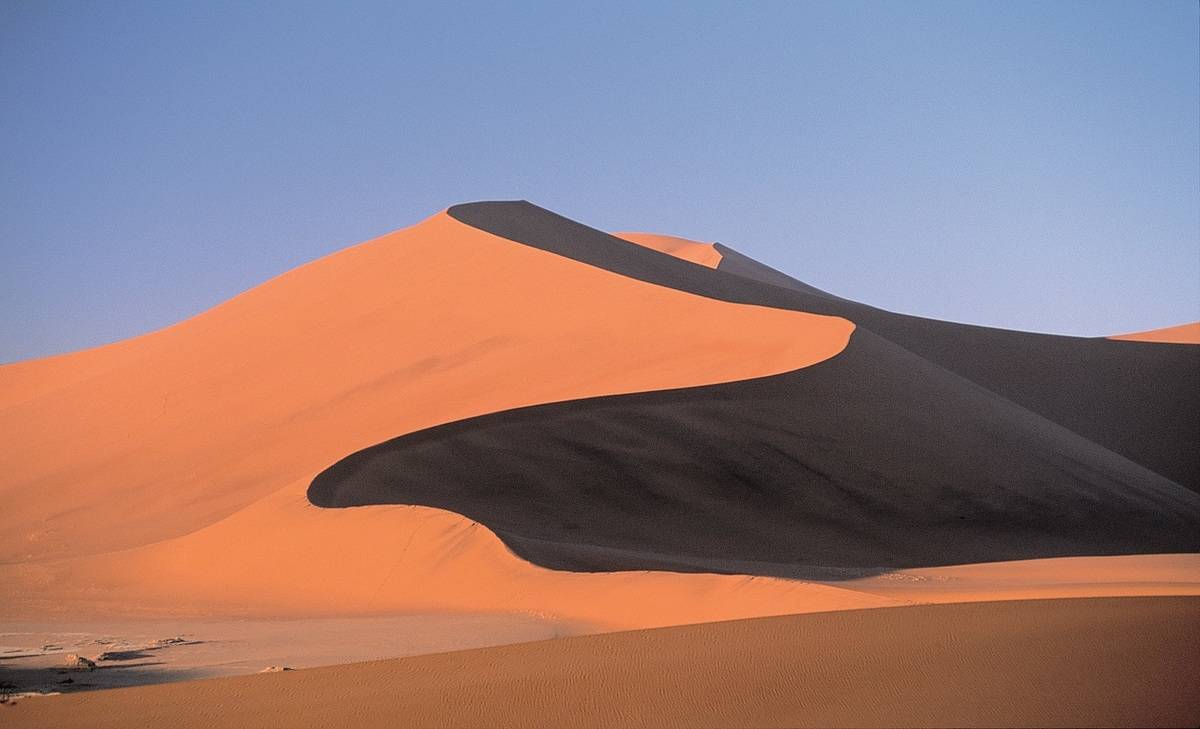 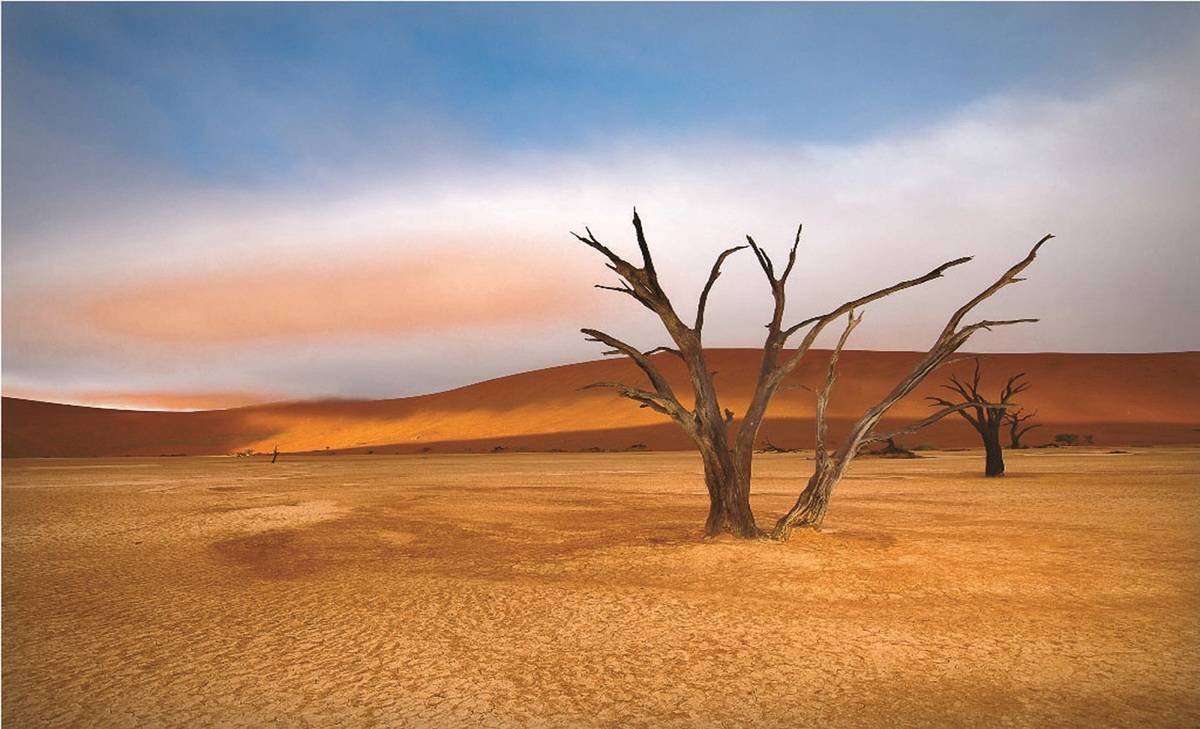 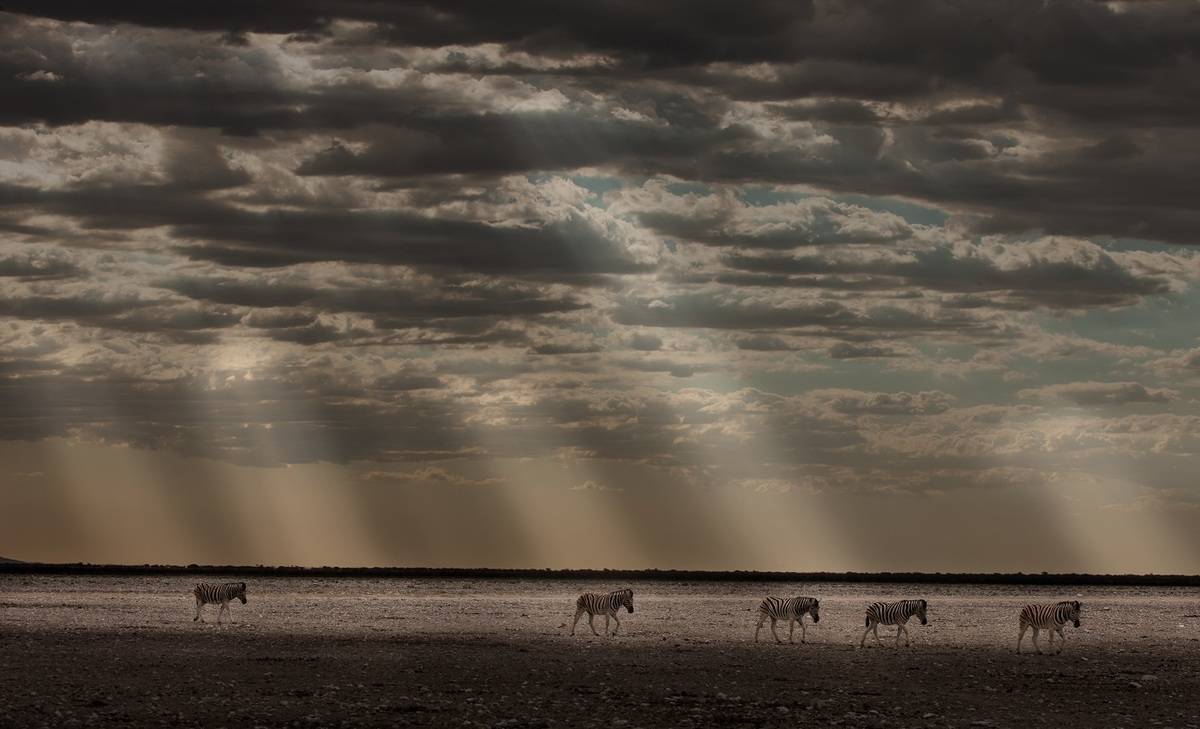 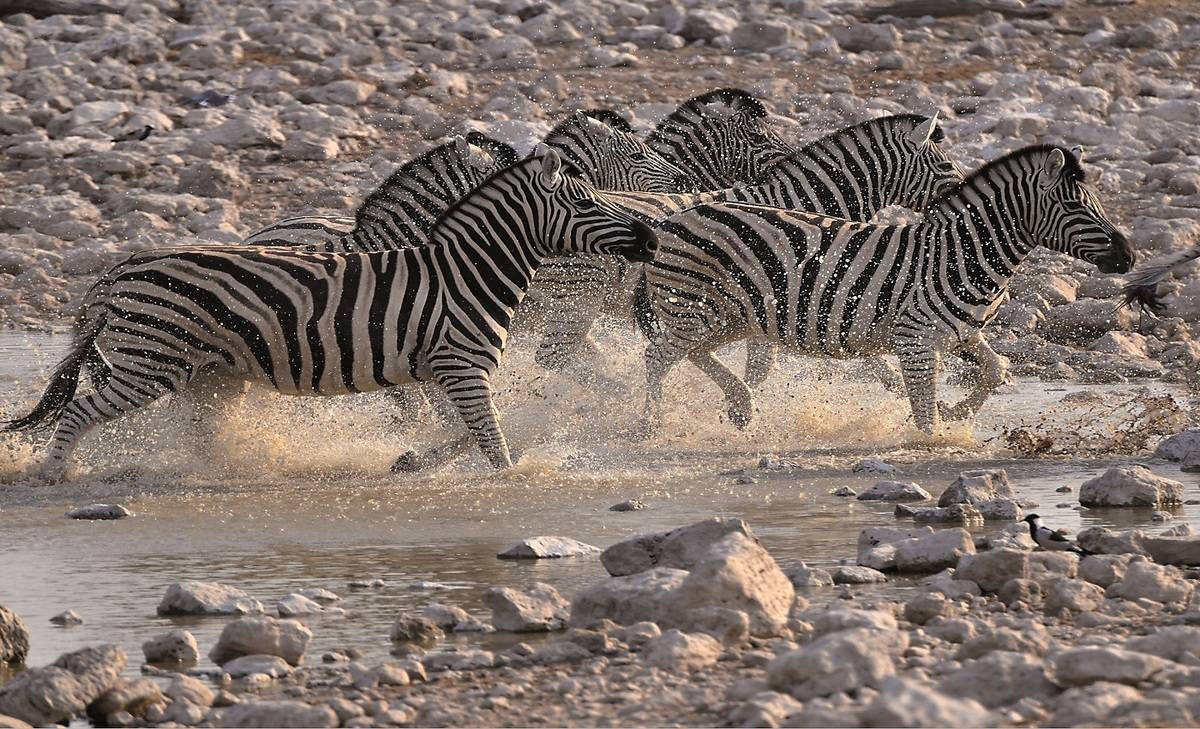 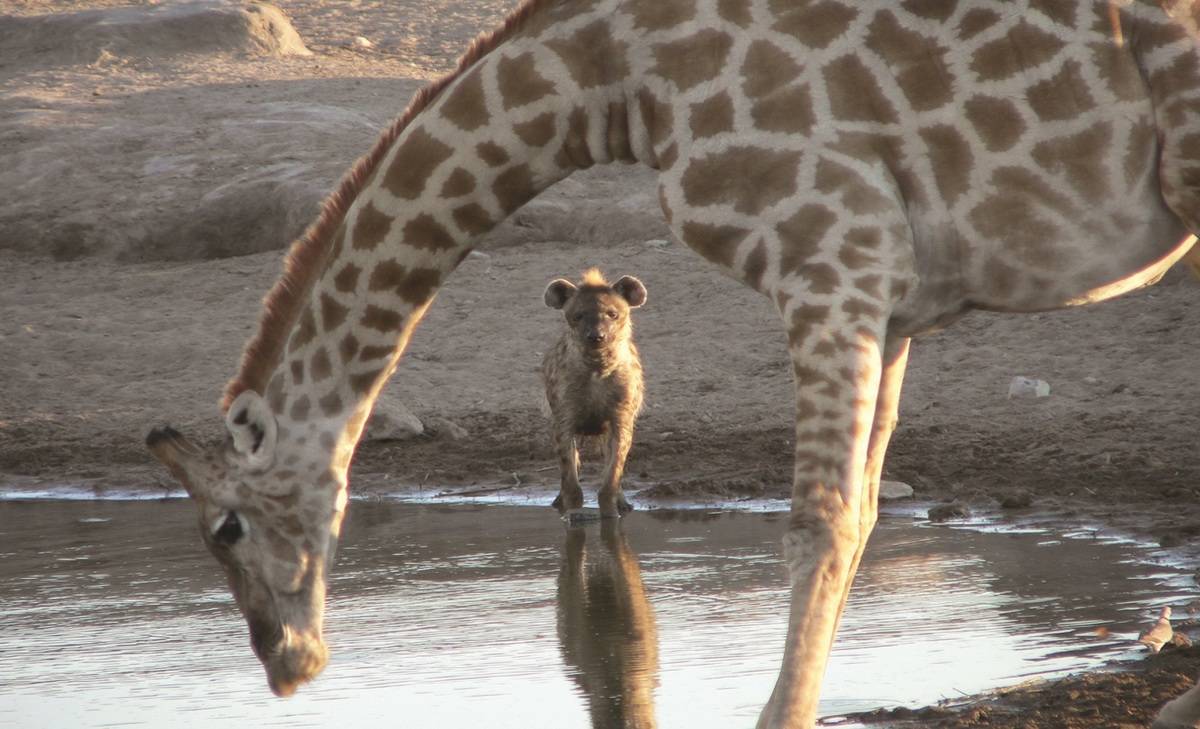 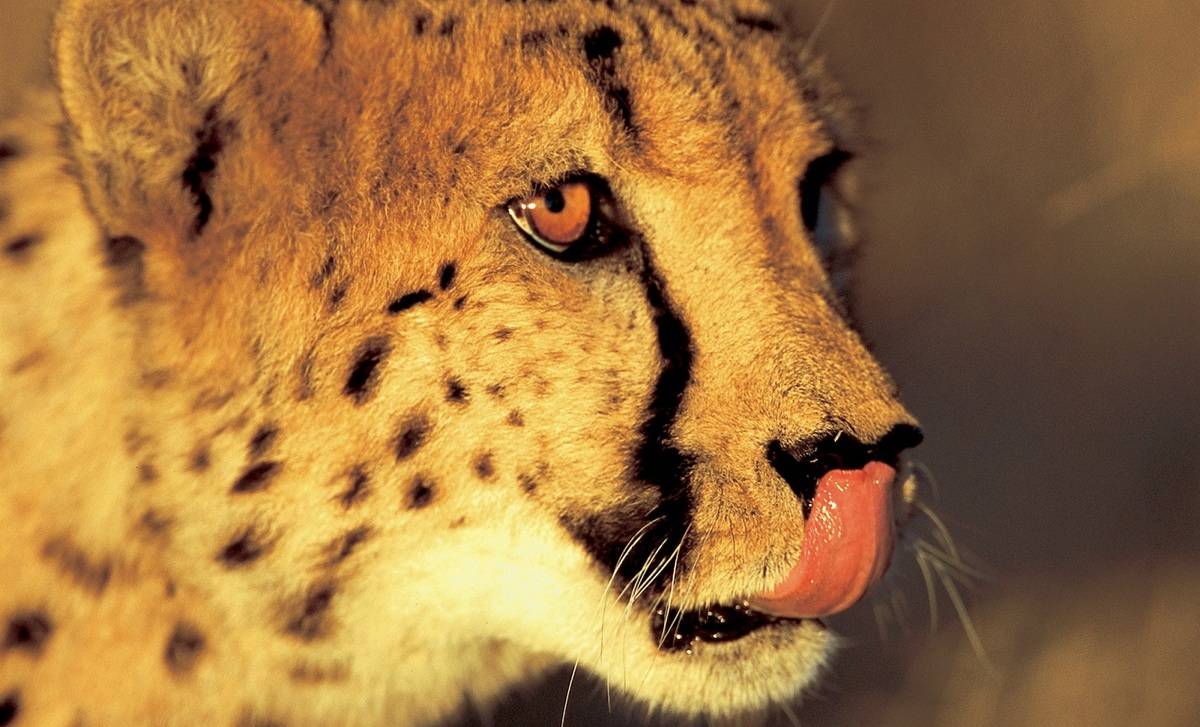 You are transferred from our accommodation in Windhoek to the Eros airport where your pilot meets you. Depending on the current weather condition the departure is about 08h30. The flight takes us to the border of the Etosha National Park, where an afternoon open game drive through the national park is the highlight of the first day.

In an open game viewer vehicle, the day is devoted purely to the abundant wildlife found in the Etosha National Park, which surrounds a parched salt desert known as the Etosha Pan. The park is home to 4 of the Big Five - elephant, lion, leopard and rhino. The Park was proclaimed as Namibia’s first conservation area in 1907 by the then German Governor, von Lindequist. Despite the size of the Etosha National Park, only the southern edge of the pan is accessible to visitors. Game viewing in the park is primarily focused around the waterholes, some of which are spring fed and some supplied from a borehole, ideal places to sit and watch over 114 different game species, or for an avid birder, more than 340 bird species. Popular game species such as giraffe, blue wildebeest, plains and mountain zebra, hyena, lion, leopard, antelopes such as kudu, oryx, eland, as well as some of the endangered species such as Black rhino, cheetah and the black-faced impala are all found here. An extensive network of roads link the over 30 water holes allowing visitors the opportunity of a comprehensive game viewing safari throughout the park as each different area will provide various encounters.

After a relaxed breakfast, the flight continues south across the mountainous region of Damaraland to the UNESCO World Heritage site of Twyfelfontein. In the afternoon you join a local ranger to explore this spectacular semi-arid desert in search of the elusive desert elephants that roam this area. Here you will have unforgettable opportunities for memorable photos of these gentle giants in unparalleled natural scenery.

Leaving the majestic mountain ranges far below, travel past Namibia's highest mountain – the Brandberg and across endless desert plains to the coastal town of Swakopmund. After your arrival in this idyllic town, you have some leisure time at our disposal. Dinner can be enjoyed in one of the excellent restaurants the coastal town has to offer (not included).

A transfer takes you to Walvis Bay where you embark on a catamaran cruise exploring the marine life around the lagoon and harbour of Walvis Bay. You may get a chance to see swooping pelicans, seals, dolphins and – during the season – even whales, sunfish and turtles!

Around 12h30, your skipper will drop you off at the Walvis Bay Waterfront where your Sandwich Harbour 4x4 guide will meet you for the excursion to Sandwich Harbour in one of our 4x4 drive vehicles. If weather and tides allow, you will be driven right to the Sandwich Harbour Lagoon, one of Southern Africa’s richest and unique wetlands and one of five RAMSAR sites in Namibia. Wedged between the sea and the Namib Dunes, it is one of Namibia's most important coastal wetlands, supporting eight endangered species among the large numbers of wading birds. Several archaeological sites dating back 1.000 years exist within site. If the vehicles cannot drive all along the beach to get to Sandwich Harbour because of high tide, you will get a chance to see the lagoon area from one of the many beautiful lookout spots on top of the towering dunes and will have the time to walk and explore the area There is ample time to stop along the way for photography. Lunch is served along the beachfront or on top of the dunes allowing for endless scenery.

The route homewards will take you past the area’s typical fauna and flora as well as a salt mine. Animals which have developed ways to adapt to the desert include the black-backed jackal, fog-basking beetle, dancing spider (‘white lady of the Namib’), golden mole, shovel-snouted lizard, palmato gecko, springbok, oryx, brown hyaena and ostrich. After reaching the Walvis Bay Jetty, you are transferred back to your hotel in Swakopmund.

Your flight takes off across the Kuiseb riverbed and endless star dunes into the heart of the Namib desert at Sesriem, the gateway to Sossusvlei and Dead Vlei. The afternoon can be spent at leisure or on an optional nature drive exploring the desert surrounding your lodge.

The following morning demands an early start. Entering the Namib Naukluft National Park with a lodge ranger at sunrise, the first rays of sunlight paint the mountains of sand into a variety of apricot, red and orange, contrasted against a crisp blue skyline, delighting your senses, and providing an opportunity to capture this awesome landscape on film. You will be captivated by the surreal Deadvlei surrounded by some of the highest dunes on earth and Sossusvlei, where the dry Tsauchab River ends abruptly amongst dunes. Take the opportunity to walk up one of these majestic dunes to admire the desert landscape beneath.

After breakfast, fly back over the central highlands to Windhoek.

Maximum number of passengers on this flying tour is 8