Home to polar bears, muskoxen, Arctic foxes and a world-class beluga whale nursery, Arctic Watch is an unparalleled destination for the adventurous. Gourmet meals and comfortable accommodation at 74° north makes Arctic Watch a unique adventure for those seeking an experience of a lifetime. 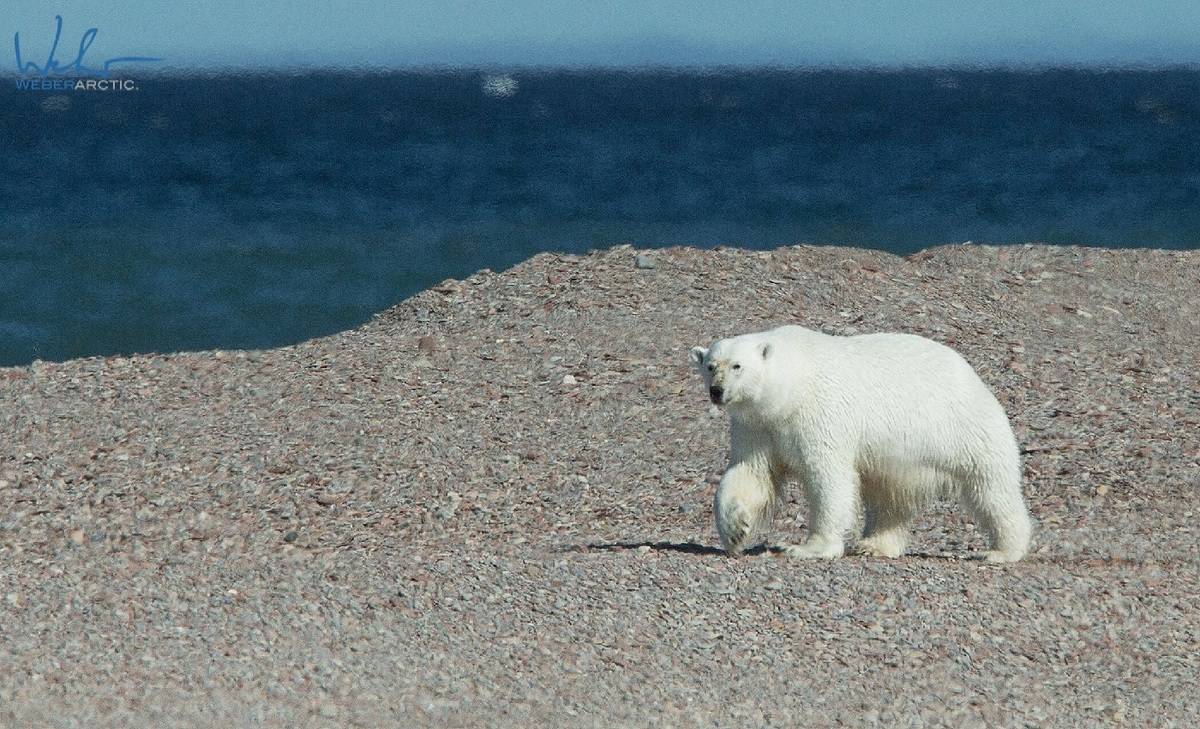 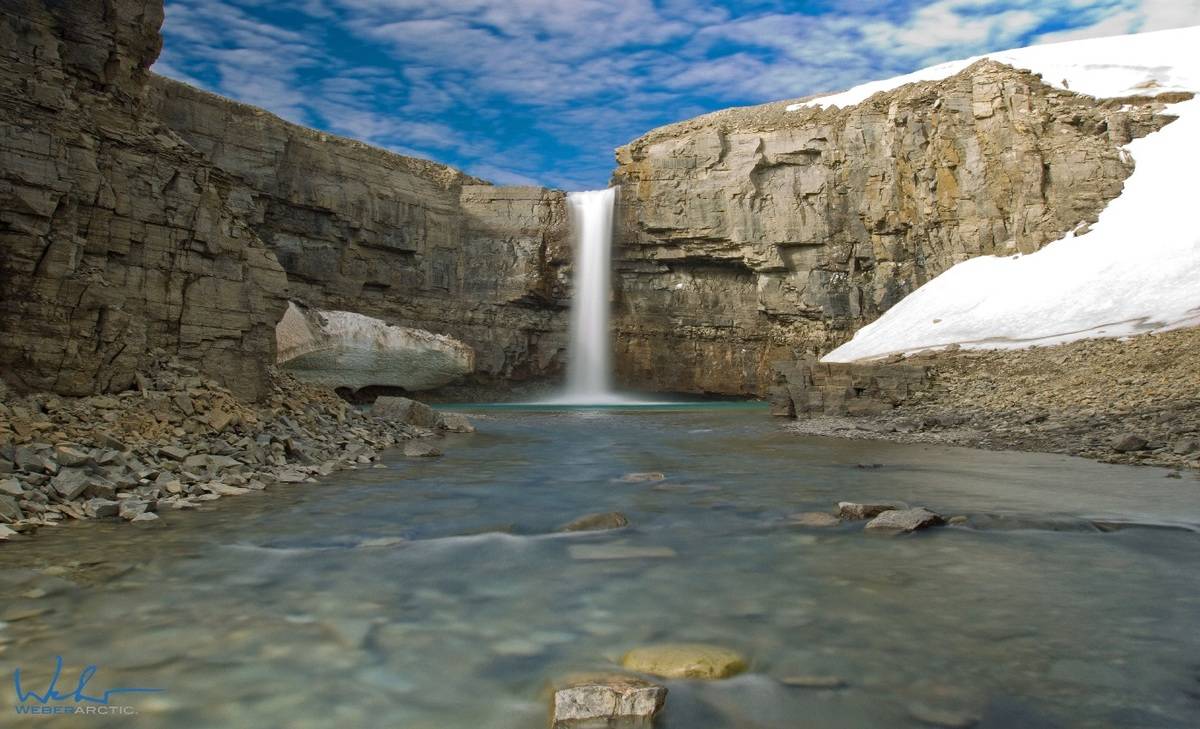 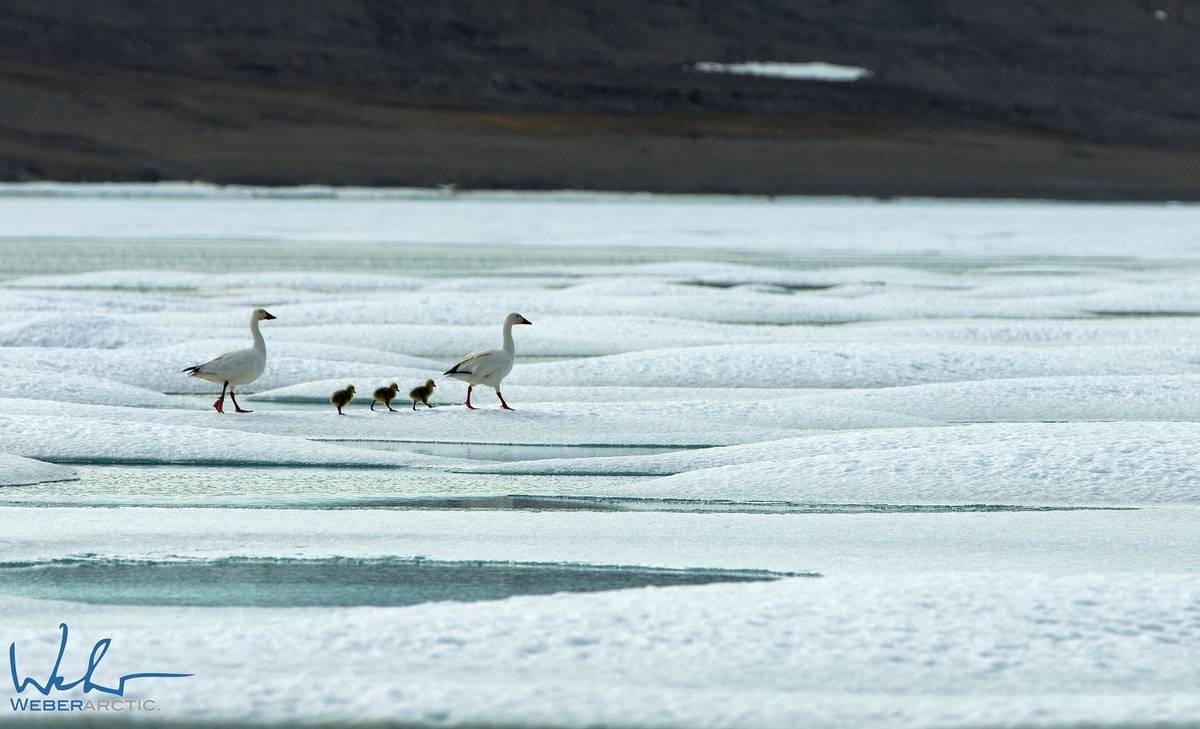 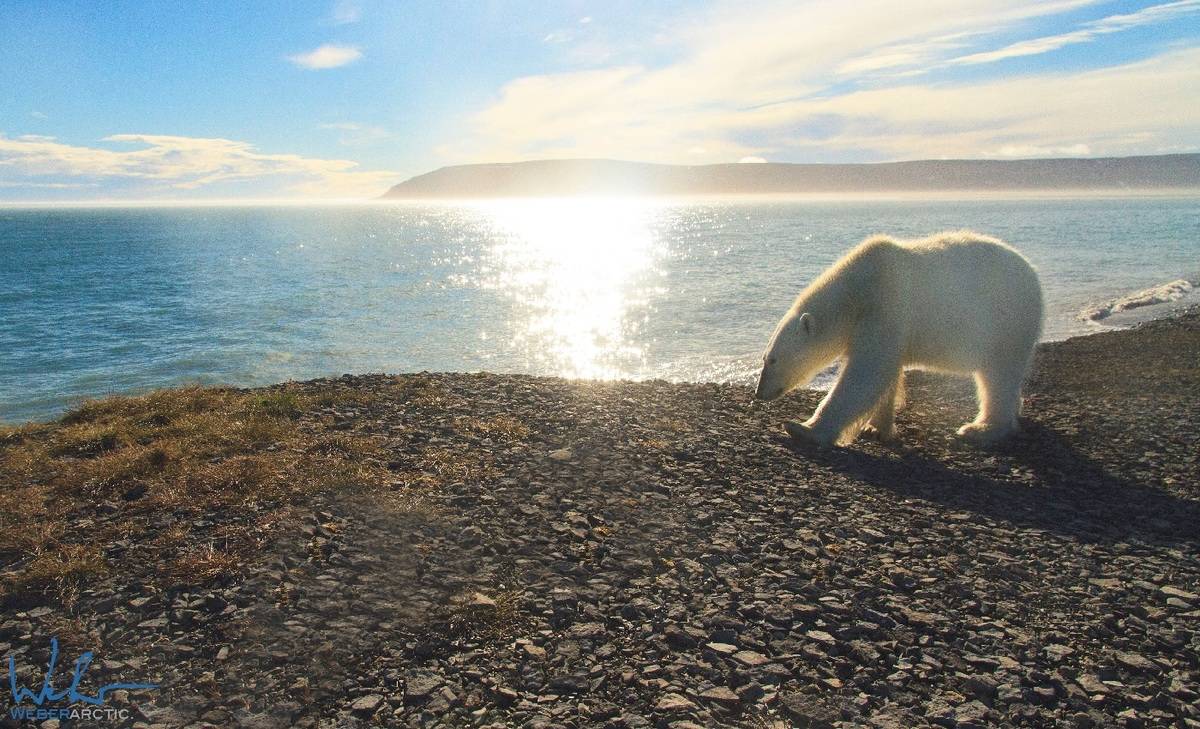 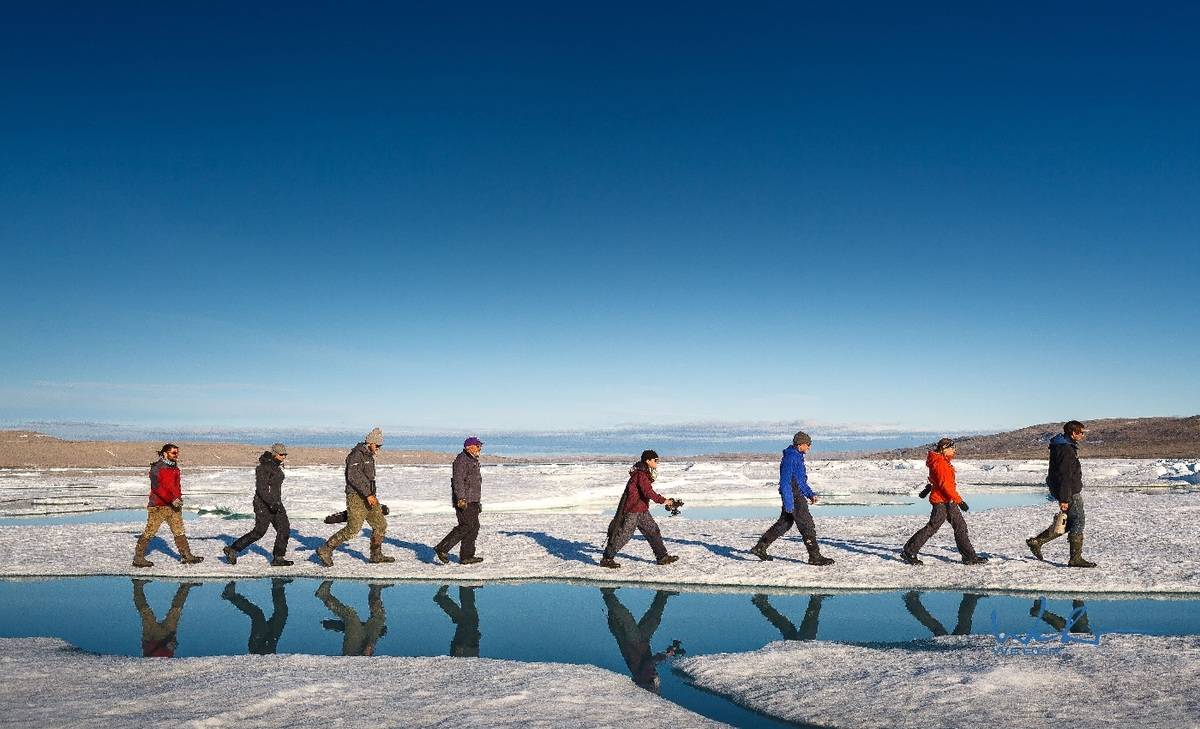 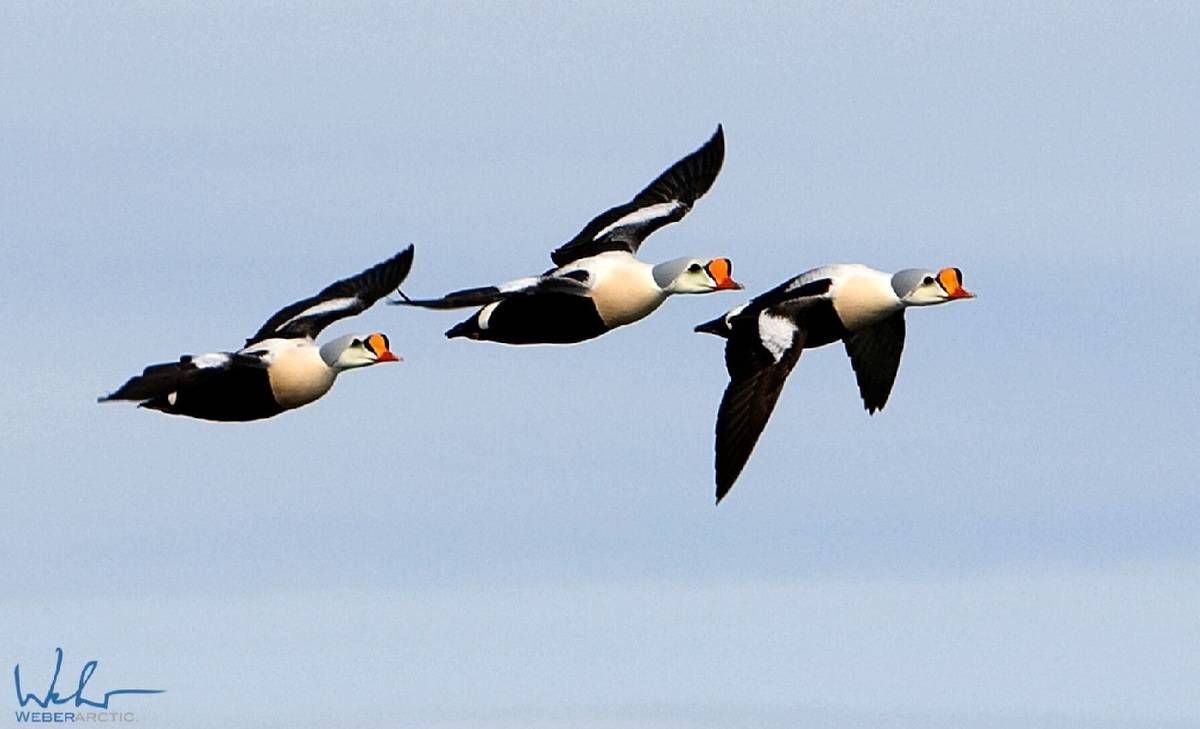 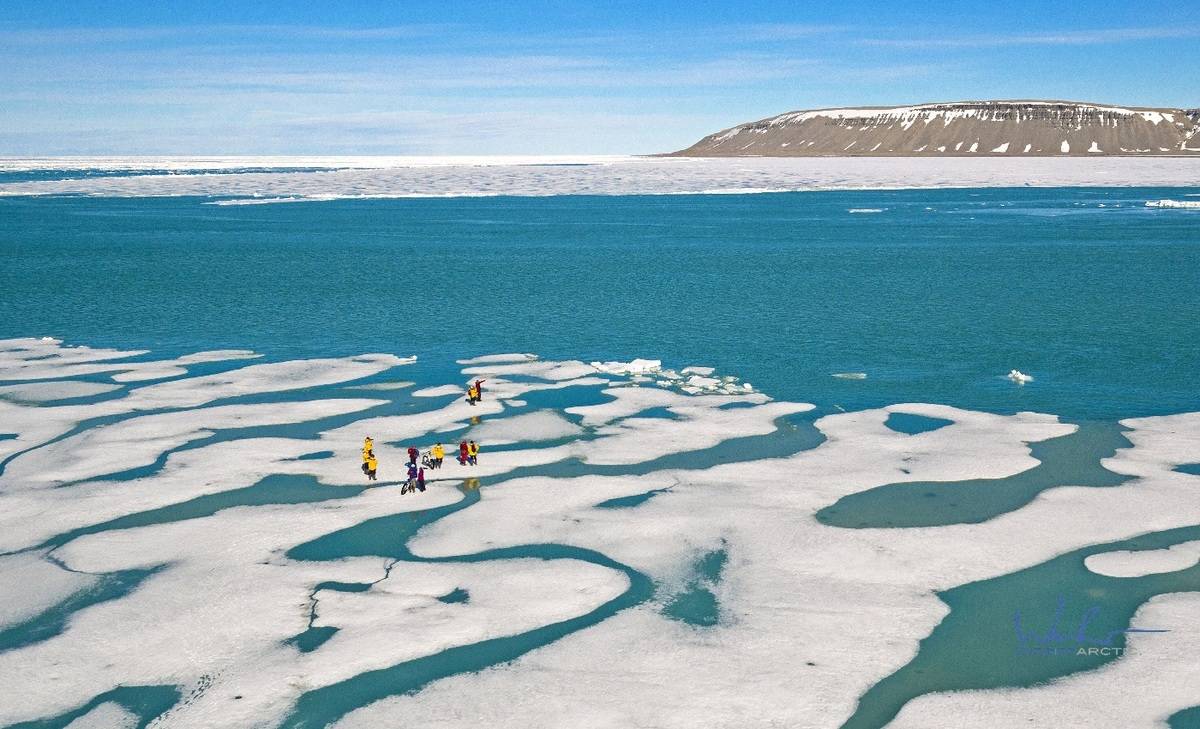 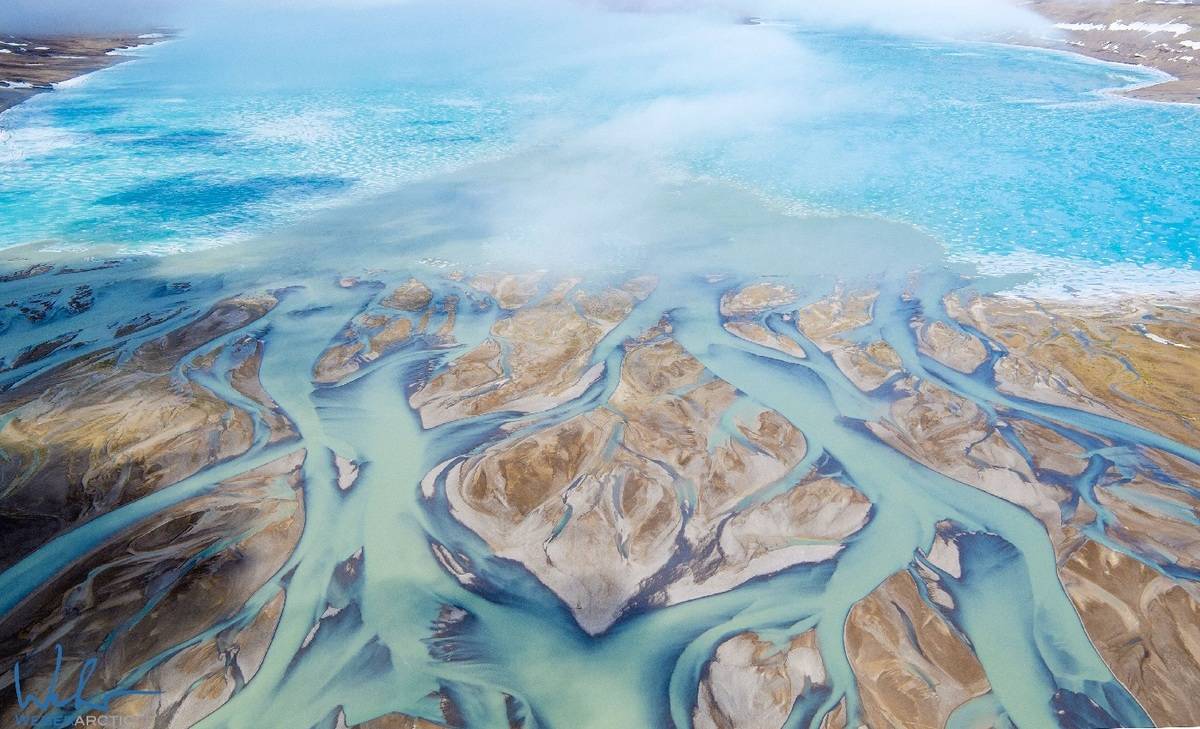 Fly to Yellowknife, the capital of Canada’s Northwest Territories and spend the night at the Explorer Hotel.

After breakfast, depart Yellowknife on a private charter for the 3-hour flight to Arctic Watch. Guests will land in the Arctic later that afternoon. After an introduction to the lodge and the surrounding landscape by the Arctic Watch team, guests will have time settle into their cabins. Before dinner is served, a short hike up to the local mountain is offered; breathtaking views of the Northwest Passage and ice formations on the Arctic ocean.

ATVs are our most practical form of transportation to cover long distances on the tundra. Attend a hands-on introduction to all-terrain vehicles followed by a short drive to the Cunningham Estuary to watch beluga whales. Archaeological sites and artifacts dating to viking contact can be seen along Somerset’s coastline. Enjoy a delicious lunch buffet back at the lodge before departing for a short afternoon hike to the Triple Waterfalls. This short 5km roundtrip hike gives you an introduction to the plants and animals that live in the area. Encounters with muskox are common.

Travel by ATV across the Cunningham River delta, to Muskox Ridge. This scenic trail provides spectacular views of the area and is a great vantage point from which to see muskoxen and arctic foxes. From the high ridge, hike down into one of the many depressions where muskoxen often spend the summer months foraging. After a picnic lunch at Inukshuk Lake, fishing gear will supplied to catch-and-release arctic char. Head back to the lodge along the River Trail keeping an eye out for birds such as snowy owls, jaegers, rough-legged hawks and more. After dinner, an informal lecture by Richard Weber on his North Pole expeditions - highlighting his historic (and unrepeated) 1995 unassisted journey -will be offered.

Sea kayak the gin-clear water of Cunningham Inlet while enjoying views of Gifford Point in the distance. Watch for beluga whales passing by your boat as they travel between the open water of the Northwest Passage and the mouth of the Cunningham River. Hop out on the other side of the inlet at Kayak Falls with stunning views of the Northwest Passage, and (with luck!) spot polar bear. After dinner, an informal lecture by Nansen Weber on wildlife photography will be offered.

Travel by Mercedes Unimog to the east side of Cunningham Inlet where a number of unnamed canyons offer great hiking opportunities. The afternoon will be spent at the estuary to watch the beluga whales as they as they rub themselves and play in the freshwater as it spills into the Arctic Ocean. Packing into the turquoise waters of the sheltered bay, they can be seen splashing and gurgling as they rub themselves on the river stones. This particular spot is renowned because of the density of the whale population and their proximity to the shore.

Enjoy the views of the Northwest Passage from passenger seat of the four-seater all terrain vehicles. Driving along the west shore of the inlet, stop at historic 1,000 year-old Thule sites situated along the coast and learn more about the rich history of the area. Turning west at Polar Bear Point, look for wildlife as we drive along the Northwest Passage. A short hike to Nansen’s ridge offers incredible views across the passage and showcases the characteristic Arctic landscape.

Climb into the all-terrain Mercedes Unimog truck and head to the raft put-in on the Cunningham River. Hike the last stretch through the Badlands, a unique landscape with ancient 8,000-year-old bowhead whale skeletons exposed on the tundra. The area is inhabited by muskox, snow geese and arctic foxes. Savour a picnic lunch by the river as the team prepares the rafts, kayaks and/or standup paddle-boards for the two to three hour return to Arctic Watch. Leisurely paddle as the river narrows into a towering canyon, eventually opening up again into the braided flats in front of the lodge. Upon the return, it’s the final dinner of the adventure. In the evening take the polar plunge!

By now, guests are familiar with the area, and can opt to do an activity that they missed during the week or would like to repeat. There’s lots of time before the flight departs in the late afternoon. Upon arriving in Yellowknife you will spend the night at the Explorer Hotel before your return flight home.