Papua New Guinea is an untouched land of cultural diversity, natural beauty and World War II history where local communities still follow their ancient traditions and customs. It is one of the least densely populated countries on earth with fantastic scenery and attractions awaiting discovery by the intrepid traveller.
This package will give you an insight into the best Papua New Guinea has to offer, from the highlands to the islands. You will visit remote skull caves, see birds of paradise, swim with dolphins in world-class tropical waters and witness one of the best spectacles in the world – The Bainings Firedance. 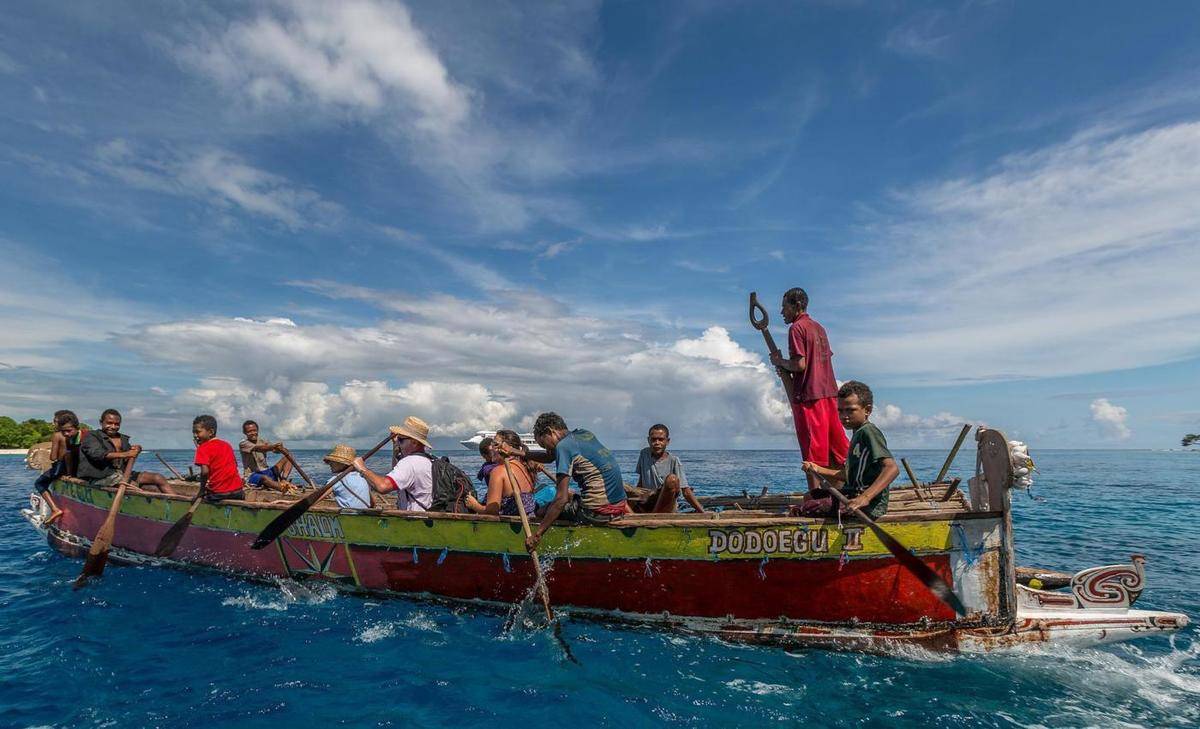 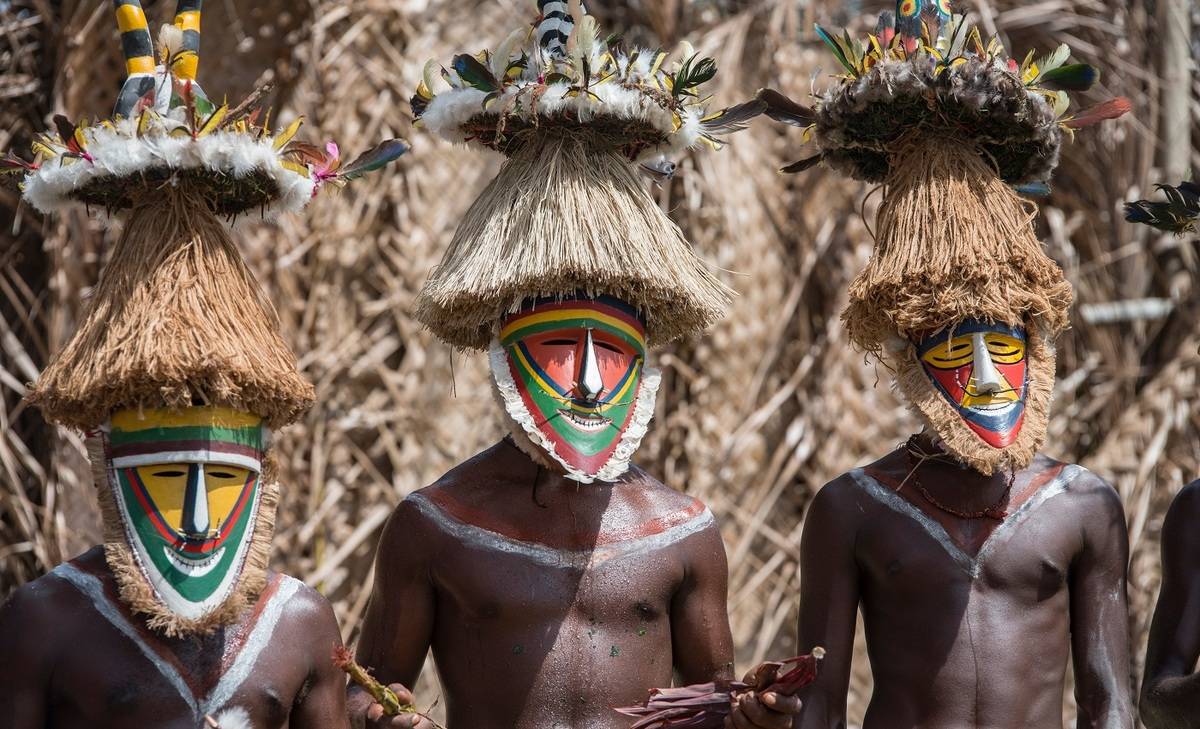 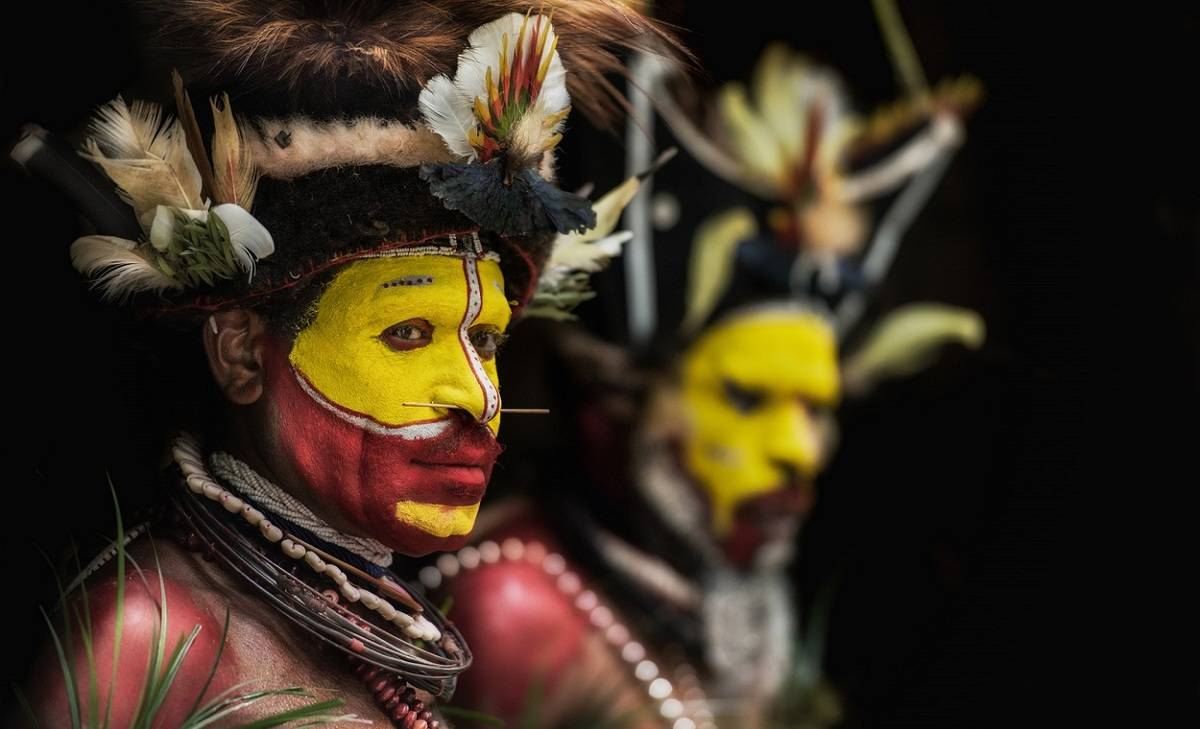 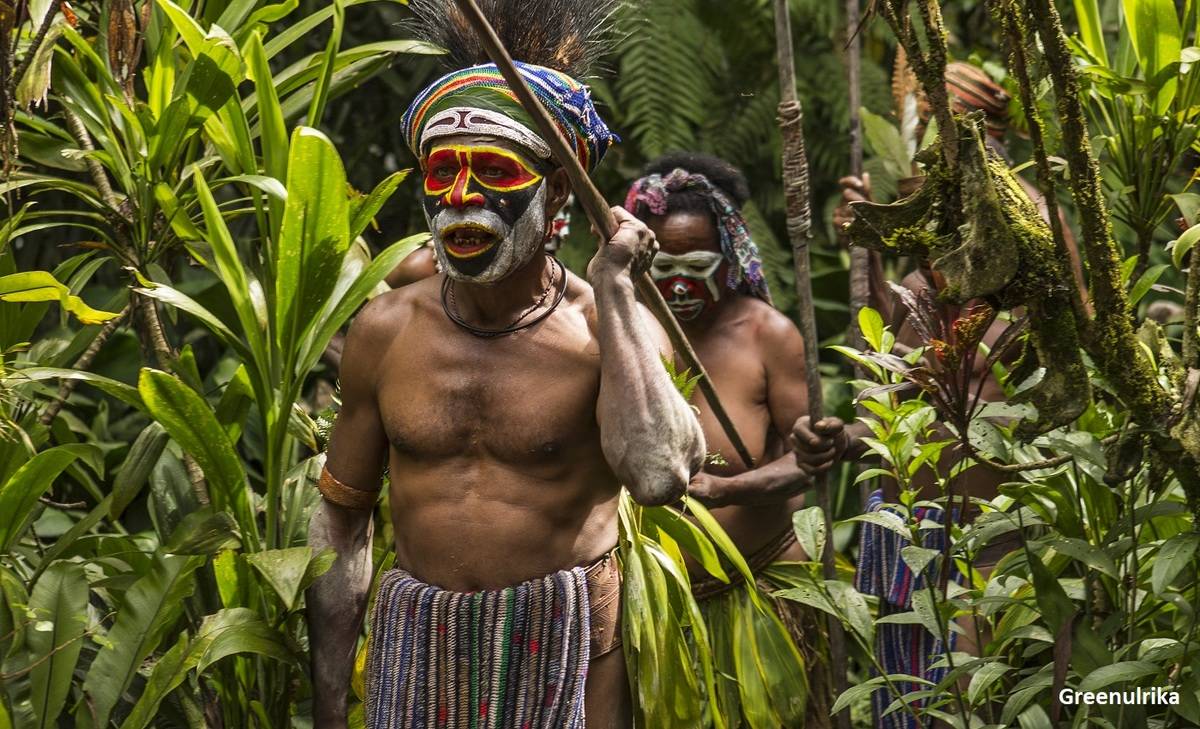 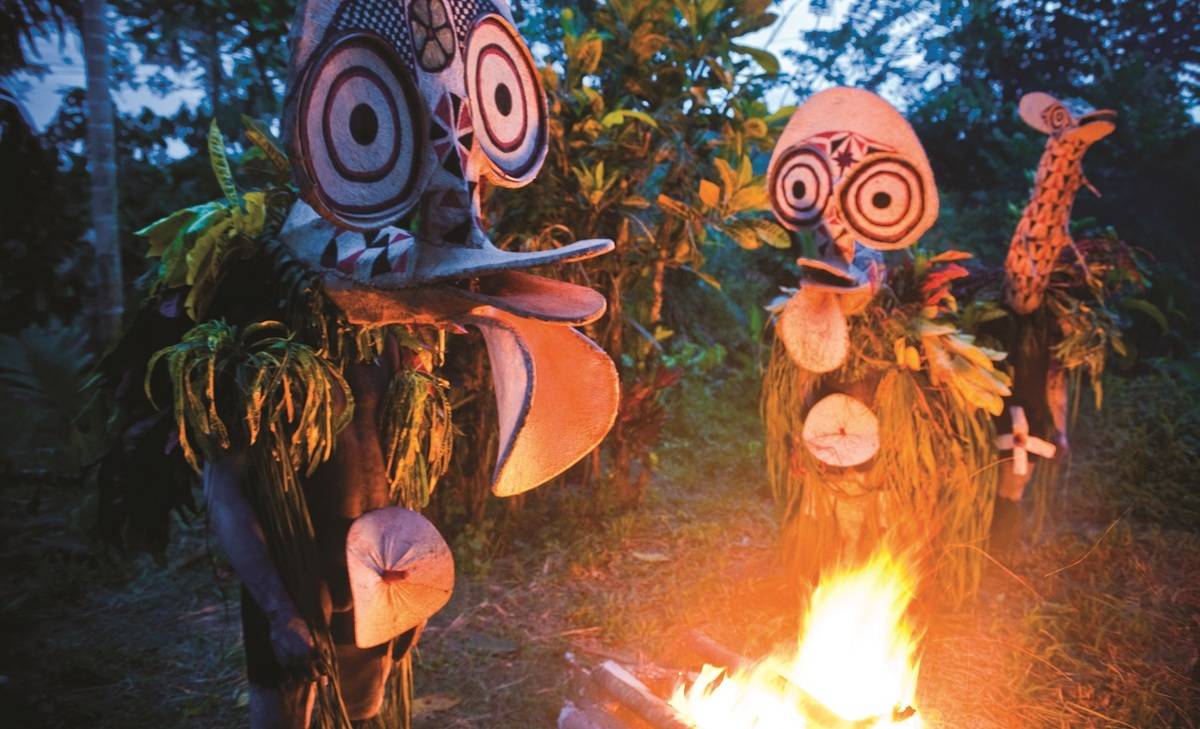 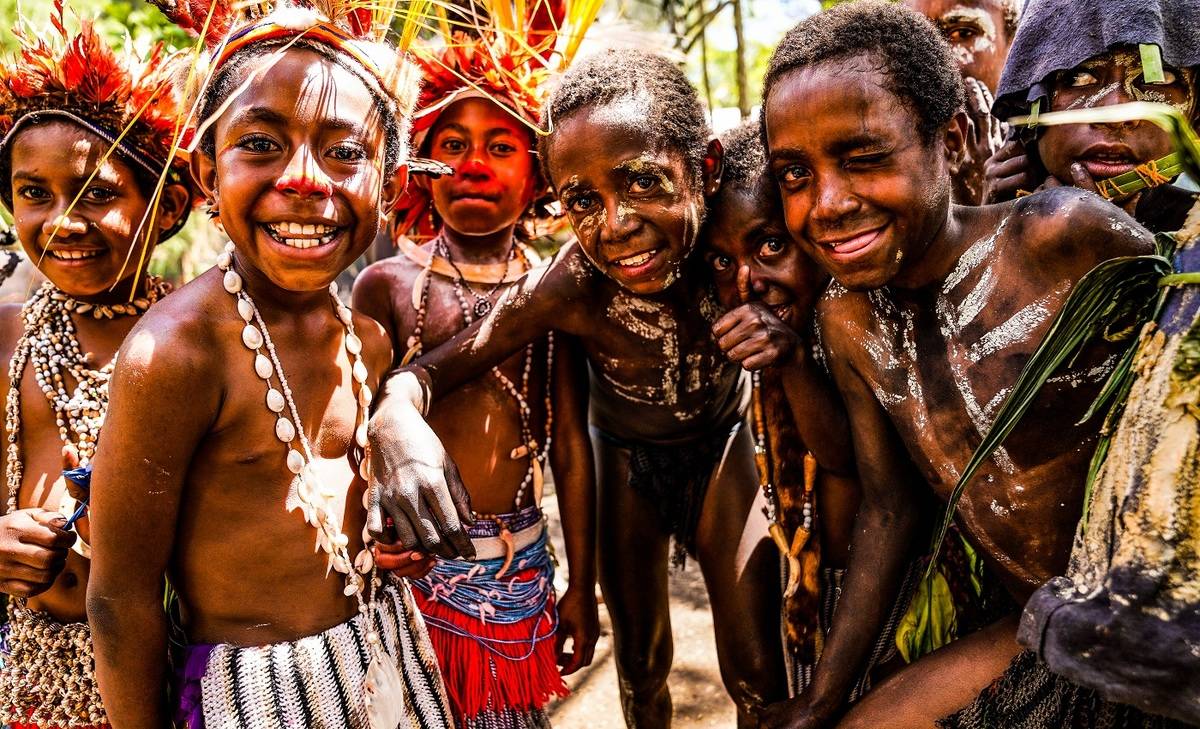 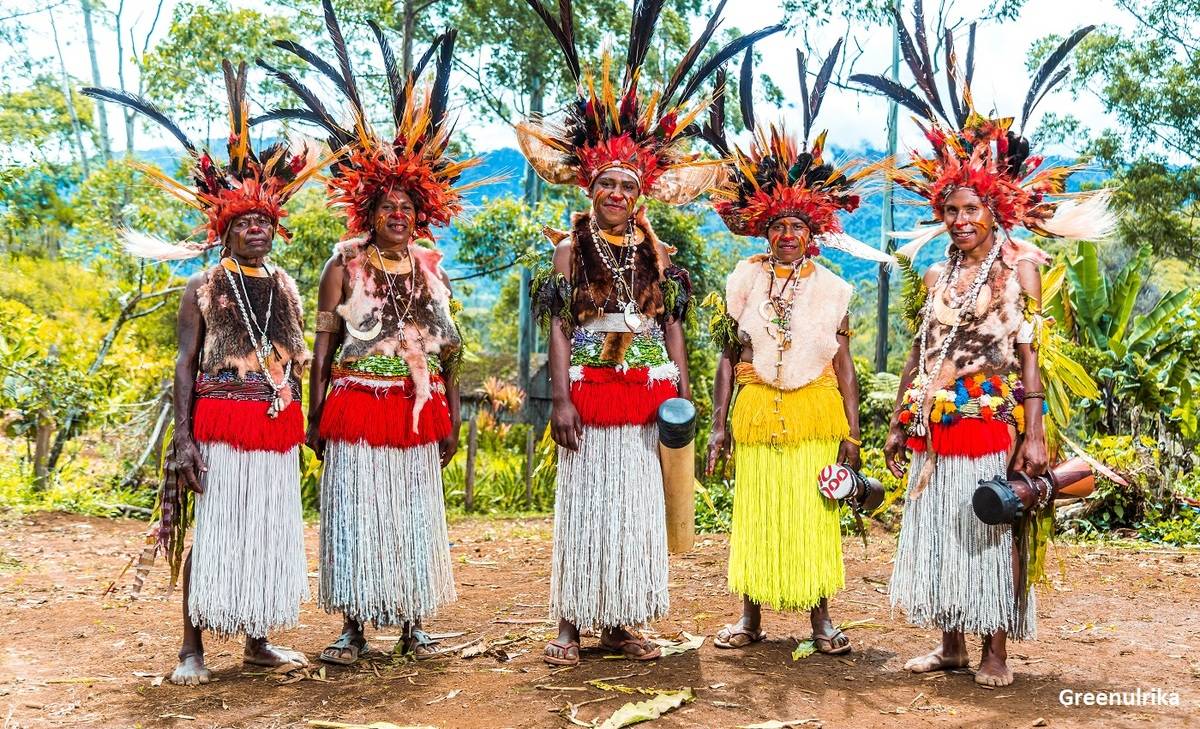 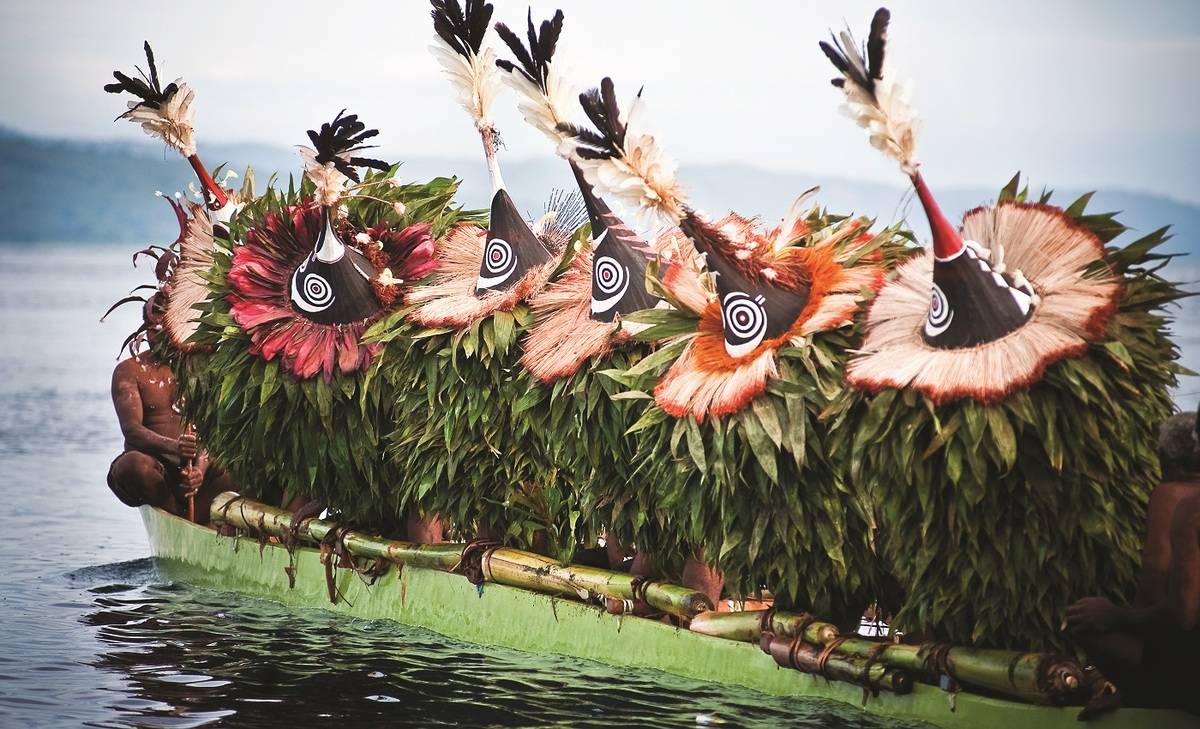 Tailor-made Suggestions for this Itinerary

Arrive in Goroka airport where you will be met by your guide and transferred to your hotel for the evening.

Today, discover the culture and heritage of Jonteve tribes in a nearby village. You'll be invited to take part in a unique range of traditional activities, including having your face painted by local vilagers, witnessing a courting ceremony, playing bamboo flutes with village elders and trying your hand at some target practice using a bow and arrow. You'll also learn the art of weaving baskets and bilums (colourful handman string bags), and take part in a private sing sing (ceremonial gathering of local tribes). Enjoy lunch in the village.

In the late afternoon, after a full day of new experiences and cultural immersion, return to the hotel for rest and relaxation.

You will be departing this morning to the nearby village of Kemase where you will be welcomed with sing sings. Next, you will then walk to the skull caves where there are some remains of the village's ancestors. Afterwards, take a trip around Goroka with your leader. Get a dose of history at the JK McCarthy Museum, discover how beans are processed at a coffee factory, and browse the colourful produce stalls at a local village market.

After breakfast this morning, depart the hotel at 8am and make your way to a nearby village, passing through the Daulo Passage (around 2,480m above sea level) on the way. Experience a cultural show put on by the Asaro mud men, who are famous for their eerie ceremonial masks and clay-like body paint. According to legend, the tribesmen were once defeated by an enemy clan and forced to hide in the nearby Asaro River. When they emerged covered in clay, the enemies were scared off by their ghost-like appearance. The mud men adopted the intimidating costuming for subsequent battles. While in the village, witness a fire-making ceremony, learn the art of fire-making and enjoy a traditional Mumu lunch cooked in an earthen pit.

Next you will take a 4-5 hour 4WD drive to Chimbu Province where you will stay at Betty's Lodge.

Betty's Lodge will be showcasing the cultures within the Chimbu Province. The lodge, a family run business dedicated to the development of the Mt Wilhelm area - mainly in tourism, agriculture and trout farming. Betty is a compassionate conservationist who has been in the area since 1987, working closely with the surrounding community, employing local people to work on the farm and as a guides and porters on trekking adventures.

Today travel to the Kumul Lodge, which is one of the best-known landowner eco-tourism lodges in Papua New Guinea. Made out of local materials, entirely owned and managed by local people and employing local guides you can be sure your money is helping to support the people of the immediate area. The presence of the Kumul Lodge helps preserve the surrounding forest as a home for some of the most beautiful and unusual birds in the world.

Have your camera charged as this afternoon you are in for a treat. You will be travelling to an area renowned for great bird sightings before returning to the lodge in time to relax and watch the birds frolicking in the afternoon sun.

Say farewell to your wonderful highland guiding team and travel to Rabaul and onwards to Kokopo, in the East New Britain Province.

The Duke of York Islands are a place to really explore and experience the real Papua New Guinea. You will cruise around the islands, and hear some of the histories whilst taking in the wonderful array of colours and vibrancy of this small archipelago. On the voyage watch out for dolphins, the fanciful dugong and local fishing canoes. The waters around here are crystal clear, azure blue lagoons with white sandy beaches and lush green vegetation - paradise in its truest form!

There's also the option to stop on Mioko Island and learn more about traditional weaving, cooking and fishing. Your leader will arrange an island tour. Afterwards, relax, unwind and forget about the world for the evening and enjoy the hospitality of the local Duke of York Islanders.

Wake up early to take in the sights of island life. After an early breakfast, your guide will give you a briefing on what to expect before you depart the islands and arrive back in Vunagum by mid-morning. We will commence on our tour of Old Rabaul. You will need good walking shoes or waterproof sandals today, as there will be some walking on uneven surfaces. The tour will include:

Rabaul Markets - Take a stroll and explore the markets. Make sure that you have some small notes of PNG Kina so you can pick up some trinkets and try some local fruits and snacks.

Japanese Submarine Base - where the Japanese stored their submarines during the war before a stop off at the Volcano Observatory looking out over Old Rabaul.

Japanese and Barge Tunnels at Karavia Bay - Take a walk in the maze of tunnels going around 20m below ground. The tunnels consist of three storeys including a kitchen and a myriad of escape routes.

Today you will have time to take a relaxed look around Kokopo town. Starting off with a visit to the Bitapaka War Cemetery. Here your guide will give you an insight into the unique history that East New Britain has to offer. Move on to Kokopo Market where you see a vegan's delight. Fresh organic produce from village plots are brought to the market every day. Your guide will walk you through the various fruits and treats that are in season.

Next, head back to your hotel to rest before the evening's farewell event - the Bainings Firedance. After an early dinner you will drive out to the firedance performance in Kainagunan or Gaulim Villages. Here you will watch as the men from the Baining clans immerse themselves in flames and escape unscathed. It's an exhilarating ritual performed nowhere else in the world. Interestingly, the Baining people are one of the few cultures in Papua New Guinea that doesn't use the Kundu drum; they use bamboo instead.

Return to the hotel around 10pm.

Today we say goodbye to the Rabaul team as you board your plane and leave East New Britain and onward to your next destination.

This itinerary operates as a small group tour of 12 however we can also arrange a private tailor-made adventure.