The KwaZulu-Natal province of South Africa is one of the most interesting areas of Africa offering a unique combination of history, bush safari and beach adventures. This 10-day self-drive itinerary will take you through the KwaZulu Natal region, allowing time for you to stop and explore unique landscapes, important historical sites and search for the famous Big Five on a 4-day safari. 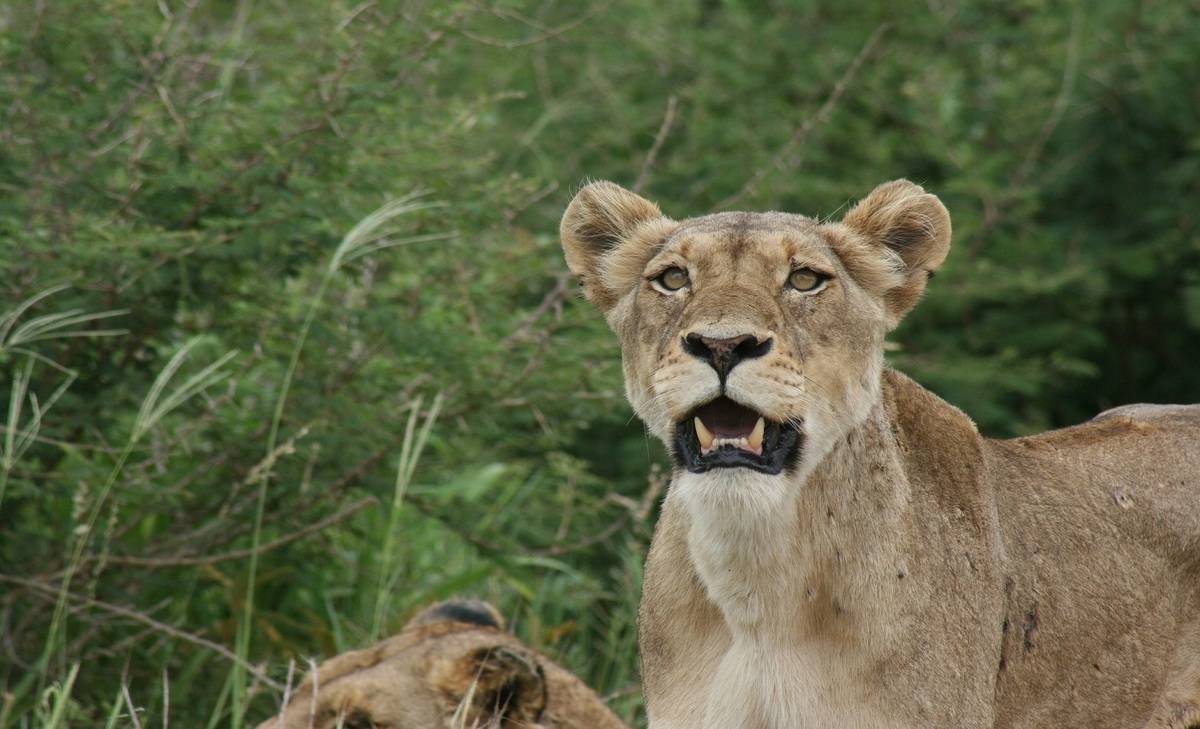 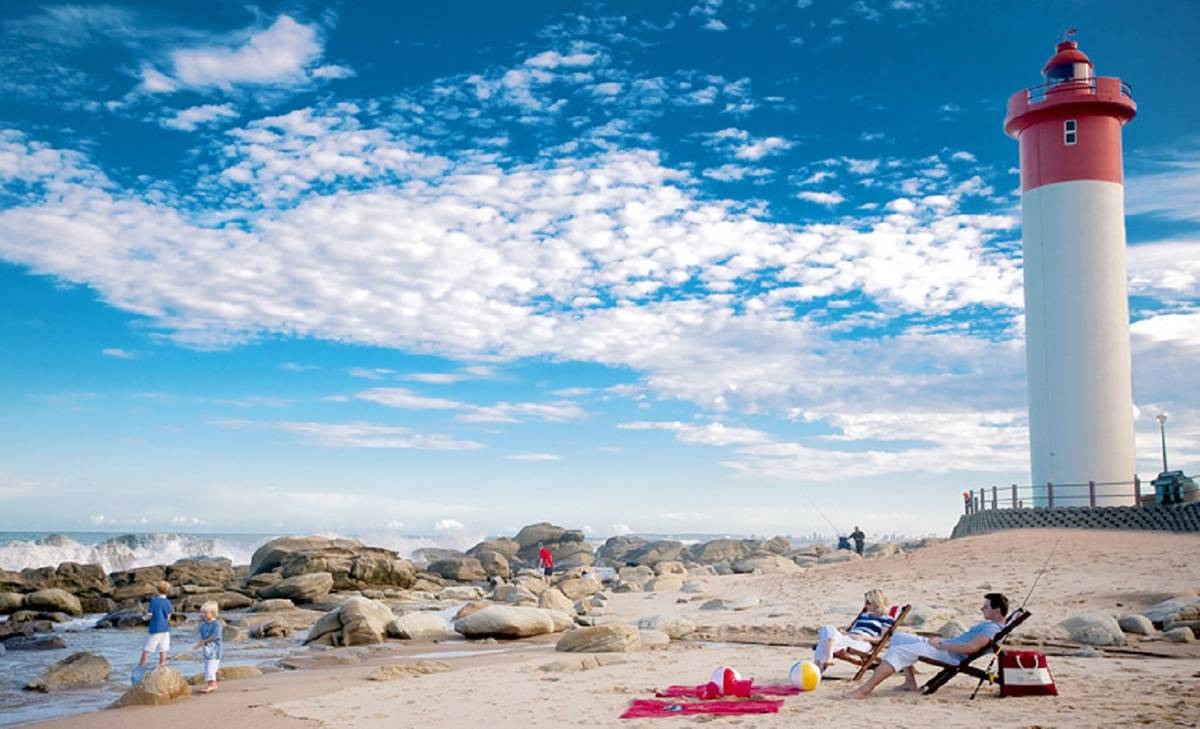 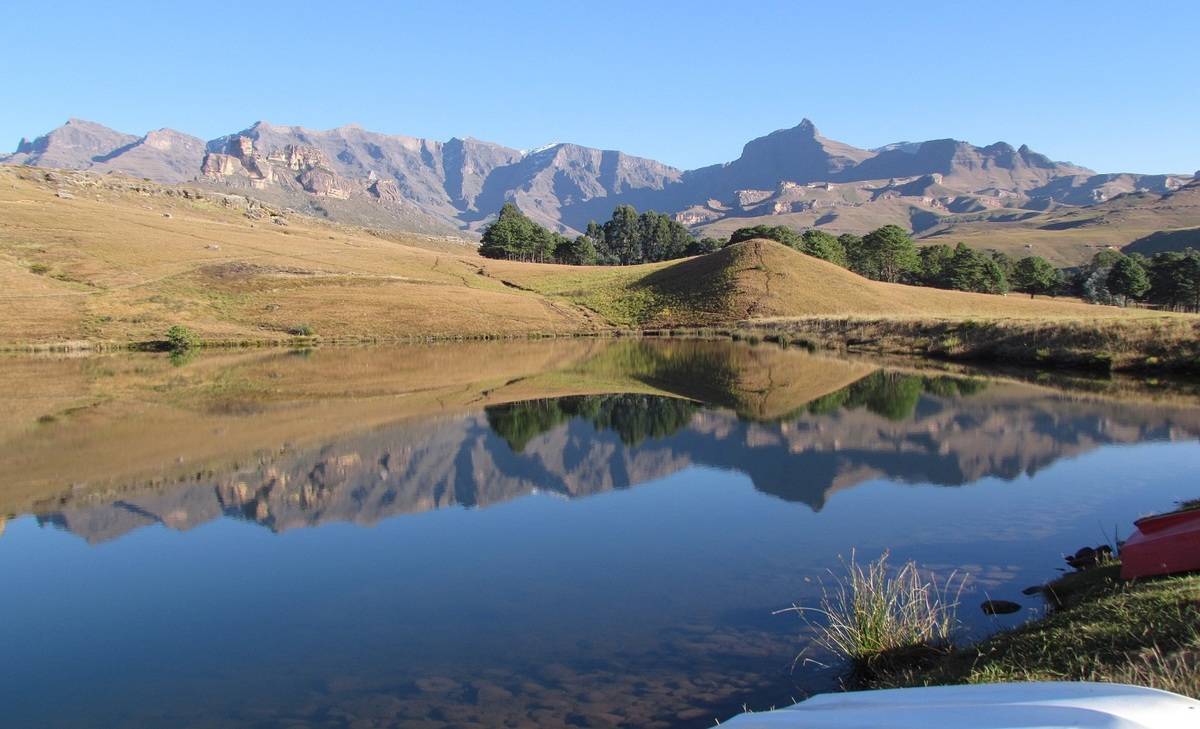 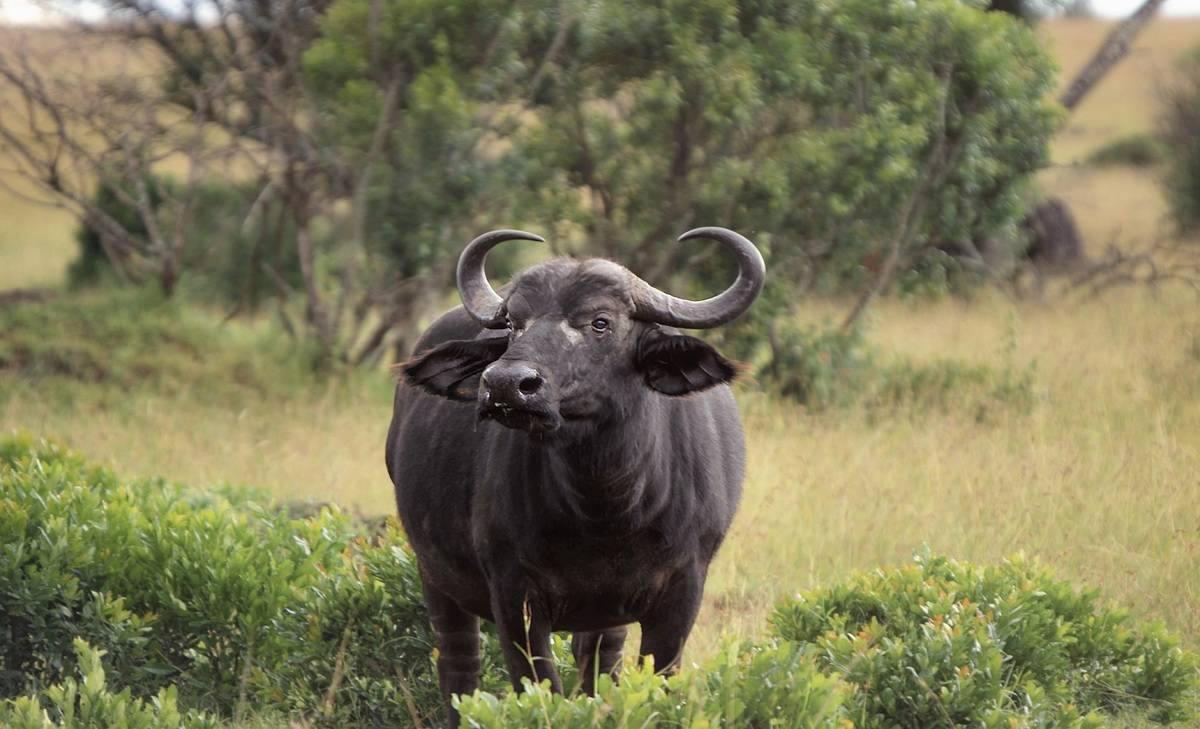 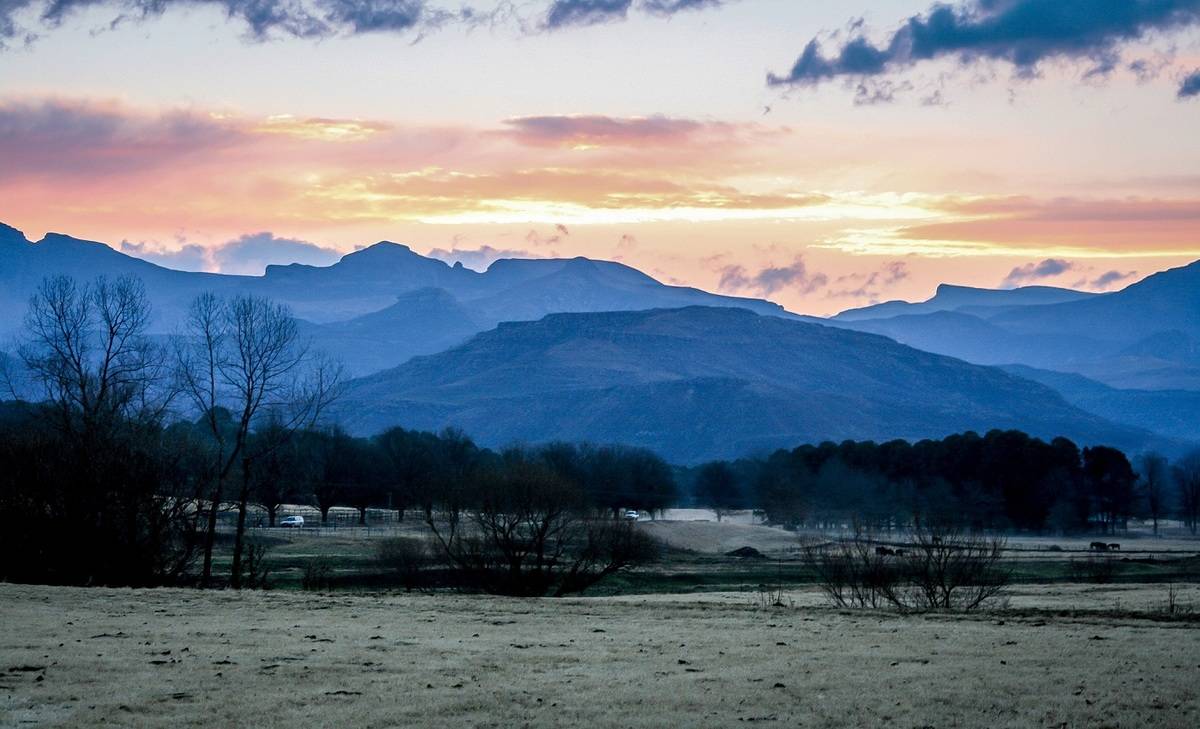 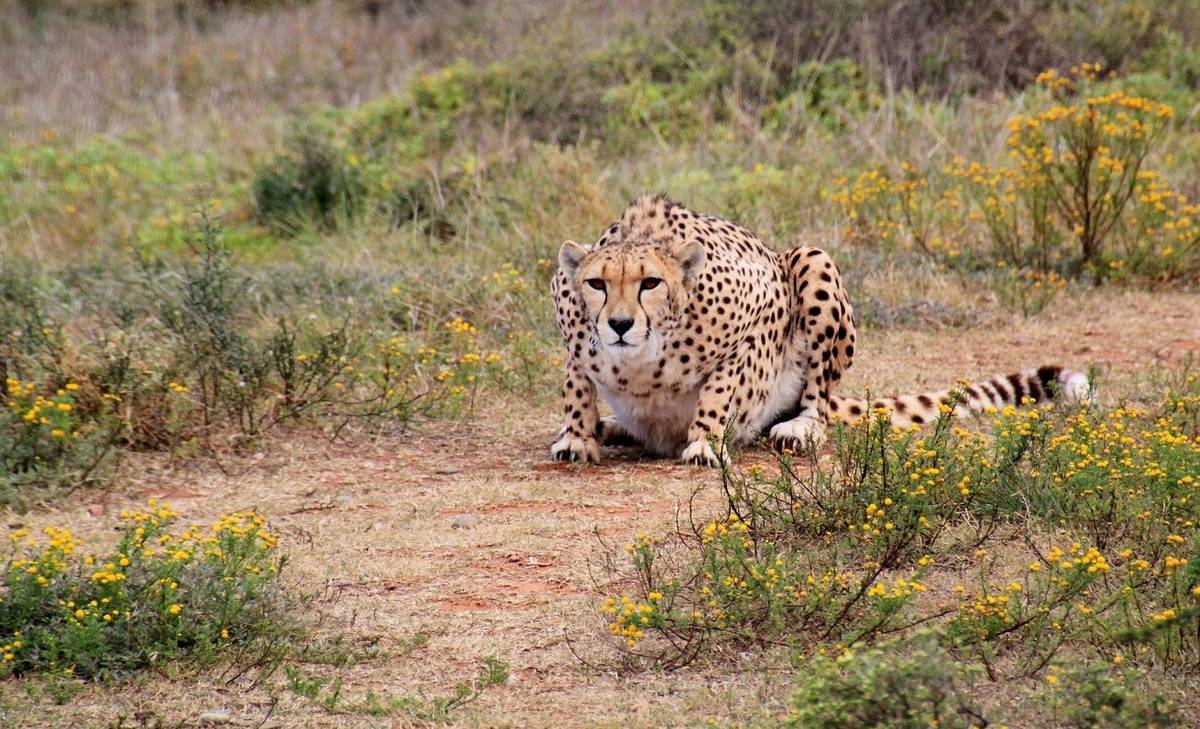 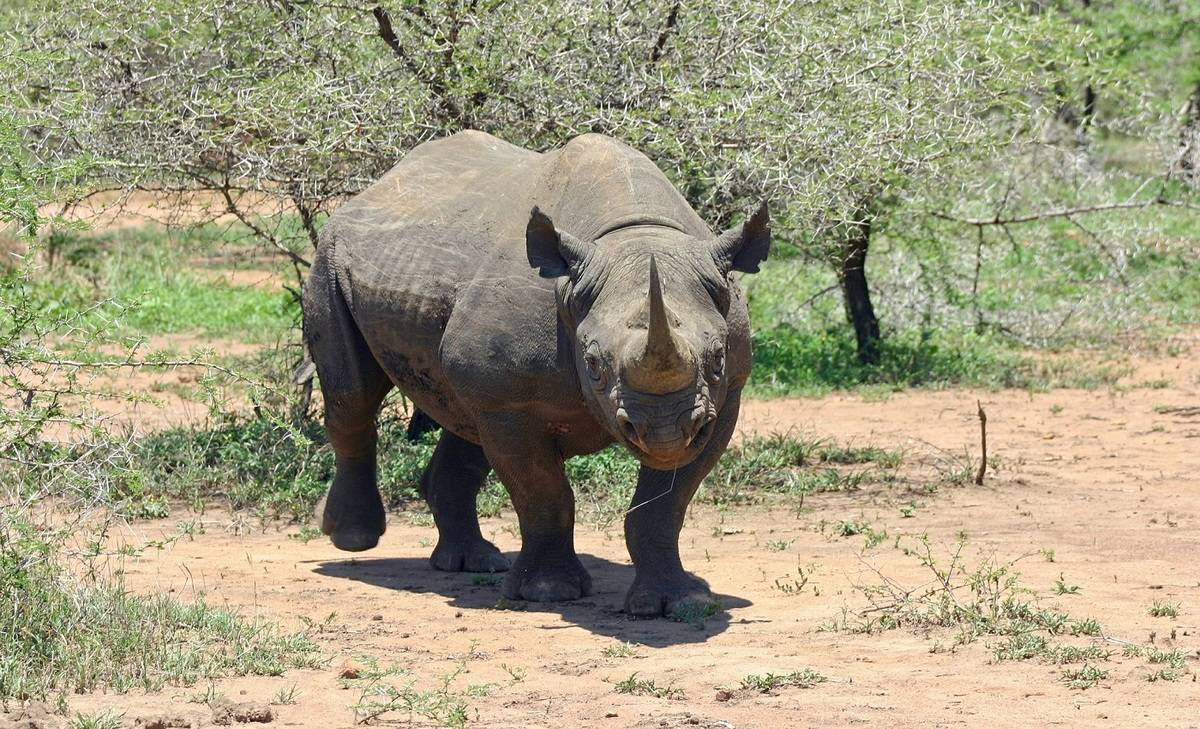 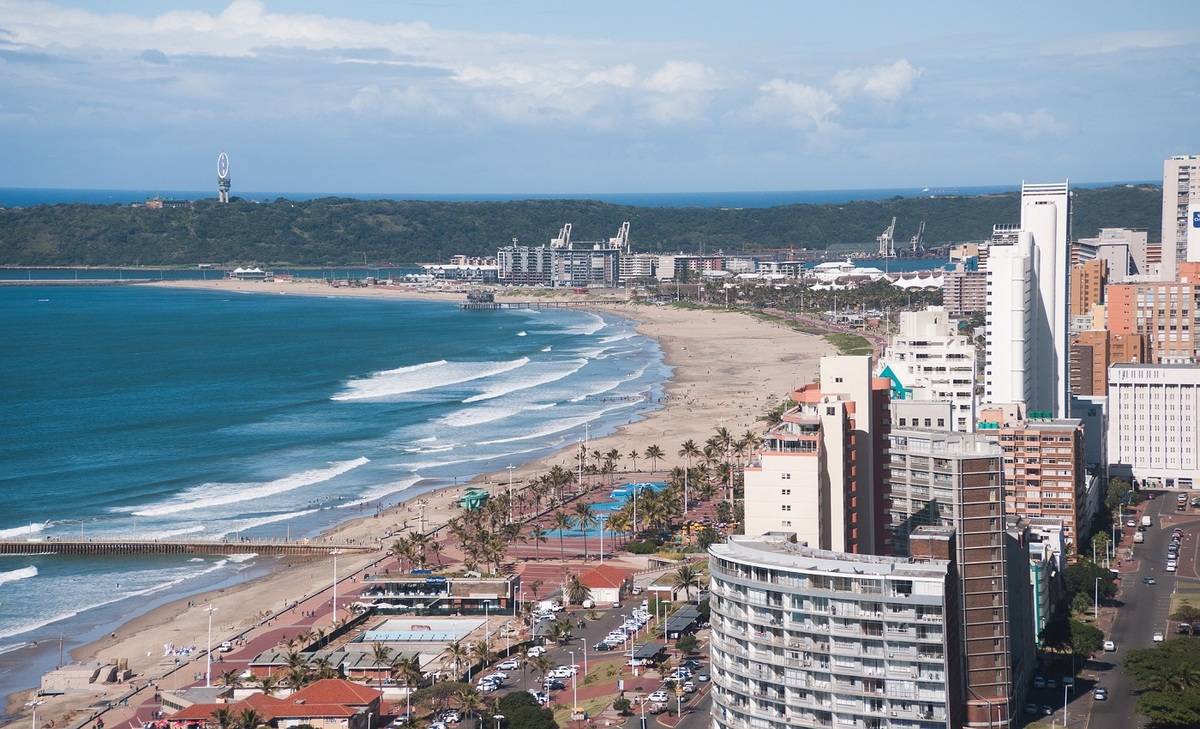 Durban Car Hire
On arrival into Durban Airport today you will make your way to the AVIS rental car desk to collect your hire car and then drive yourself to your hotel in Durban.

Notes:
- A compulsory Contract Fee of R 90.00 has to be paid directly, as well as any applicable Collection / Delivery Fees.
- Drivers credit card required for rental (no cash/debit cards accepted). There will be a refundable rental deposit applicable, based on estimated rental charge
- Each driver must be in possession of a valid drivers licence.

Self Drive: Durban - Drakensberg
After breakfast this morning drive yourself inland to the beautiful Drakensberg Mountains.

Against a backdrop of untainted skies, green and brown-hued mountains are met at the foot by extensive farms and grazing animals. Crystal clear lakes throw back a reflection of both mountain and sky, picture-postcard in their beauty. Bright, warm days, are shattered by the sudden onset of afternoon storms, which clear rapidly becoming cloudless, starry nights. Extending up from the Eastern Cape, the imposing uKhahlamba Drakensberg Mountains form a natural border between Lesotho and the Free State. Dubbed the "Barrier of Spears" for its impenetrability, the Drakensberg is a World Heritage Site broken into north, south and central regions. Each region possesses its own distinctive rock formations and impressive vistas. Wrap your hands around a cup of hot chocolate on frosty winter mornings, or perhaps crunch your way through the countryside as the frost melts under the gentle sun. Walk the peaceful foothills, listening to the call of the baboons and catch glimpses of the resident small game as you horse-ride along mountain tracks. The startling beauty of the 'Berg soaks into your senses: the brightly coloured wildflowers under foot, and above you, the piercing cry of the raptors playing in the thermals. San Rock Art can be found painted on the walls of ancient mountain caves.

Drakensberg Touring
Spend your day exploring. The Drakensberg mountain range is roughly divided into the rocky "High Berg" and the rather more gentle rolling hills of what is known as the "Little Berg". Both provide some of the best hiking opportunities to be found anywhere. Apart from the outstanding natural beauty of this region, you will also come across a number of Zulu villages tucked away in the Mlambonja Valley, not to mention some fine example of Bushman paintings.

Self Drive: Drakensberg to Battlefields
After breakfast this morning you will continue your journey to the historic KwaZulu-Natal Battlefields.

Gazing out over the historic Battlefields, the violent history of the region comes alive in a hauntingly poignant manner. The landscape is bleak to match the memories: endless expanses of remote farmlands, barren fields and rolling hills, mixed with rocky outcrops and harsh terrain. It is not hard to imagine the hysteria and fear of dark days where armies pitted spears against Martini-Henry rifles and blood flowed in vicious wars for dominance. From the fields of Isandlwana, to the fort at Rorke's Drift and the numerous museums and sites of the area, ghosts of the past whisper their tales in a chilling memorial to the horrors of war. The violent battles between Boer, Zulu and Brit, and the military strategies of Shaka, Cetshwayo, Churchill and General Botha live on in the stories told. Towns such as Spioenkop, Colenso and Dundee offer a fascinating glimpse into the lives of brave men who fought for survival and ultimate victory. Zulu heritage is particularly important to the region and the burial site of Shaka lies at KwaDukuza, while a number of other important Zulu kings are entombed outside Ulundi at the eMakhosini Opathe Heritage Park.

Battlefields Tour
In 1879 the British invaded Zululand. The central of the three major invading columns forded the Buffalo River at Rorke’s Drift. Within days Lord Chelmsford’s invasion was in jeopardy. Part of his central column had been almost annihilated at Isandlwana in a battle rated as one of the greatest military disasters in British colonial history.

A few survivors struggled back into Natal across the mightly Buffalo River. Lieutenants Melvill and Coghill died in a gallant attempt to save the Queen’s colours, earning the first posthumous Victoria Crosses in history. A great wing of the Zulu army went on to attack the British garrison at Rorke’s’ Drift, and these warriors were beaten off in a battle that lasted all night. More VC’S were awarded for valour in this battle than in any other battle in history. There never was another day like this one.

Isandlwana Tour
On the 22nd January, 1879, the Centre Column of the British Invasionary Force, under the command of Lord Chelmsford, was defeated while camped on the Eastern slope of the Isandlwana Mountain. 1,357 British and Colonial solders died in an attack by King Cetshwayo’s Zulu Army.

Self Drive: KwaZulu Natal to Zululand
Today you will drive in to the untamed and wild Zululand, claimed by game parks and eco-reserves teaming with life. The region is grounded in the culture and traditions of its people, dating back to feared warrior king, Shaka, and visitors can experience the warm hospitality of the locals,explore traditional villages and enjoy a tasty meal while listening to harmonious singing.

4 Day Zululand Safari
The accommodations that we use for this package are as follows:

- Comfort: Ghost Mountain Inn
- Superior: Rhino Ridge Safari Lodge
- Deluxe: &Beyond Phinda Rock Lodge
Arrival Day
Arrive to your accommodation today and take some time to get settled in. Depending on your arrival time, you may have the opportunity to head out on an afternoon or evening game drive. If not, sit back, relax and take in this unique part of Africa.

Game Drives
Untamed and wild, Zululand is claimed by game parks and eco-reserves teaming with life. Extensive tracts of bush abut coastal stretches of swamp and vegetated dunes. Woodland forests open up onto lakes and rivers, and sandy beaches flow into seas and lagoons. Zululand is vitally alive, from the smallest creature seen on nature hikes, to the big tusker elephants which sway through the parks, disdainful of excited human onlookers. Nature conservation is of prime importance here, and some of the world's most endangered species are carefully protected and nurtured. The area's biodiversity offers both water and land-based game experiences, providing a uniquely well-rounded safari which includes big 5, marine and wetlands animals.

During your stay, you will have the chance to head out on two game activities a day with an expert local guide. The activities on offer to you will vary depending on the accommodation.

Departure Day
Following breakfast this morning you will depart your lodge and continue on your African adventure.

Self Drive: Zululand to Umhlanga
Head eastwards towards the coast today then drive south to Umhlanga, a coastal resort town located approx. 20-minutes north of Durban offering a plethora of things to do including swimming at one of the many beaches, nature walks, shopping and some of the country's best dining.

Day at Leisure
Day at leisure to enjoy Umhlanga Rocks. Just 20 minutes' drive north of Durban's city centre, Umhlanga has a laid back, beachy feel and boasts a wondrous coastal promenade, pavement cafes, great restaurants, shopping, entertainment and activities. But of course the star attraction are the beautiful sandy beaches that stretch for miles north and south with several areas monitored by lifeguards for safe swimming in the warm Indian ocean.

Car Rental Return
Today marks the final day of your car hire, dropping your vehicle off at the airport before your departure flight out.