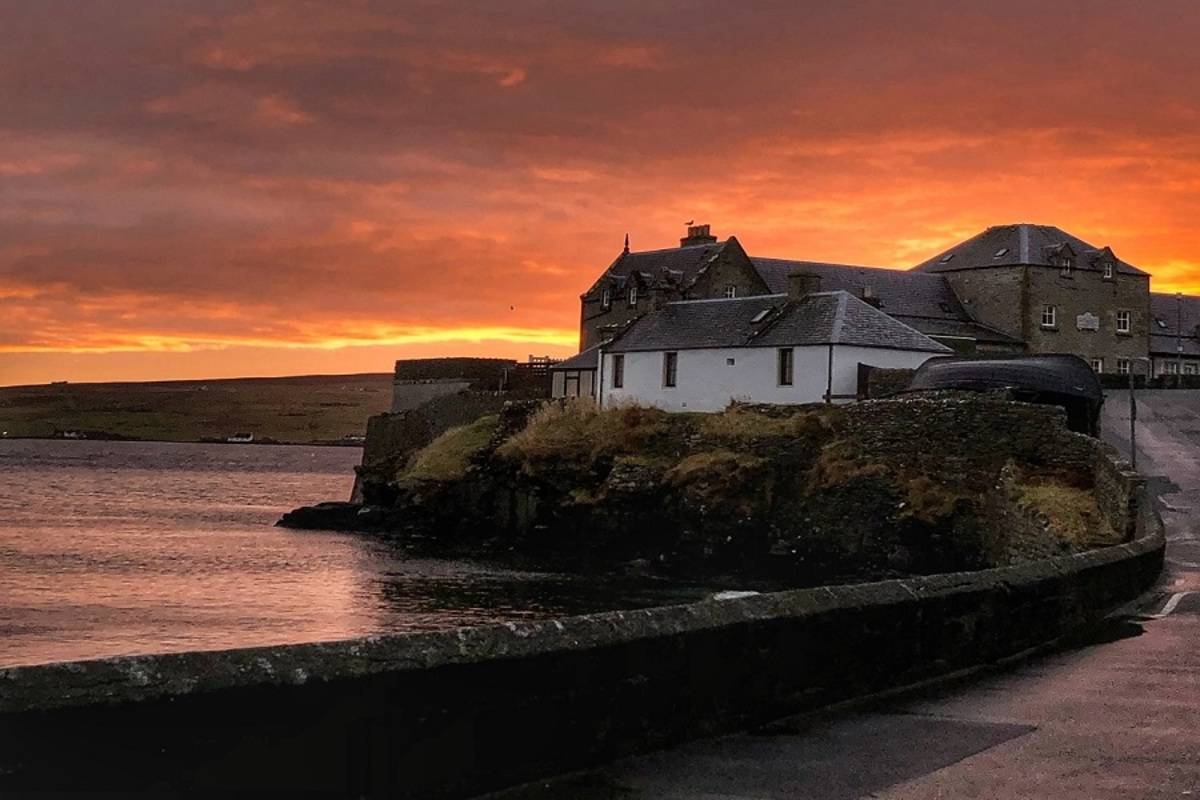 About the M/V Ocean Atlantic: Jewels of the North Atlantic

Cruising from Scotland to the lush green islands of Orkney, Shetland, The Faroes and Iceland, this 8-day spring adventure rewards us with fair-lighted days and matchless landscapes and seascapes. Migrating birds, dolphins, and whales are only some of the sights we expect in this expedition. Our journey begins on the Scottish East Coast in Aberdeen, where we embark Albatros Expeditions’ ice-class 1b vessel Ocean Atlantic, our home for the next 8 days. Our first stop is Kirkwall, the fascinating capital of Orkney, an archipelago known for its sandstone cliffs and Neolithic cities. Next up is the Shetland islands with its many varied bird species. We sail further north to the Faroe Islands, where Tórshavn, its capital and largest town, awaits us. We follow the Faroe Islands coastlines further and call in at Klaksvik, which allows us to explore these pristine islands even more. After these days full of culture, history, whiskies and bird life, it’s time to head out on The North Atlantic sea and scout for whales and wildlife. Then we will approach the Westman island of Surtsey, UNESCO Natural Heritage Site and youngest island of the world, and spend an exciting day in Heimaey, the largest island of the archipelago, before arriving to our destination: Reykjavík.