Party with the locals in Latin America

Why not organise your next trip to Latin America to coincide with one of the amazing cultural festivals which take place across the region every year? Attending a festival is a unique opportunity for you to better understand the heritage and culture of the many countries which make up this amazing region. Latin America is awash with festivals every month of the year and the themes are many and varied from wine to rock to Jazz to Baroque music. Many of the festivals are held in ancient ruins and heritage listed churches, therefore making it a great opportunity for you to see the sites and party with the locals.

For every unique interest you may have there is a festival held in Latin America. If you love to dance the Samba, head to Carnaval in Rio de Janeiro. If your interest is in archaeology and ancient Incan history head to the Inti Raymi celebrations held in Cusco. You will be spoilt for choice. Some of our favourites are: 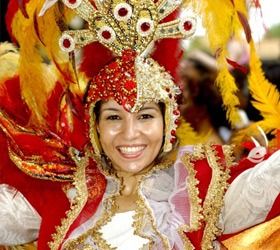 The ultimate party is Carnaval in Rio de Janeiro, a 4 day non stop party held 40 days prior to Easter concluding the day before Ash Wednesday when catholics abstain from all pleasures of the flesh until Palm Sunday. Carnaval is an extravaganza of music, dance and flesh. Although many South American countries and other towns and cities in Brazil celebrate Carnaval, the Carnaval in Rio de Janeiro is the largest and most famous.
So what can you expect from Carnaval in Rio? We chatted to a local to get some insight into this spectacular event. Andressa Sanfelice a Brazilian living in Australia said “Rio de Janeiro is a special place to spend and enjoy this national holiday. You can either go to the famous Sambodromo, where you will see the beautiful competition of the “Samba schools” or you can enjoy the “blocos” (free street parties with live music). Whatever option you choose you will have so much fun and be prepared to party 24 hours, there is no stopping. You will experience the biggest and most amazing Carnaval in the world and you will never forget it.”

Columbia’s most important and biggest Carnaval is held 40 days prior to Holy Week in the port city of Barranquilla. The carnaval was recognised by UNESCO as a Masterpiece of the Oral and Intangible Heritage of Humanity in 2003. It is a folklore carnaval which has been celebrated since the 19th Century. The carnaval celebrations consist of music, dancing and masked parades. You will get to experience the cultural significance of the various dances enjoyed in Columbia like the African congo, Spanish paloteo and the indigenous mico y micas. Columbians love to party so expect to party day and night.

The Bolivian Baroque Festival is held in over 20 Jesuit towns in the Amazonian regions of Chiquitos, Guarayos and Moxos. It is claimed to be the most important cultural event in Bolivia. The Baroque festival is held every 2 years on even number years taking place in May. It is a celebration of the music which was brought to and cultivated in Bolivia by the Italian and Spanish Jesuit’s who established missionaries in the Amazon jungle between 1681 and 1767. Baroque music has become an integral part of the cultural heritage of the towns participating in the Festival and an important expression of their unique identity. The music is played within the restored Jesuit temples of the Jesuit towns. It is a great opportunity to marvel in the baroque architecture of these towns six of which in the Chiquitania region have been listed as Cultural Heritage of Humanity sites by UNESCO. The Jesuit towns and temples are beautifully maintained as they did not suffer ruin when the Missionaries were expelled from Bolivia. 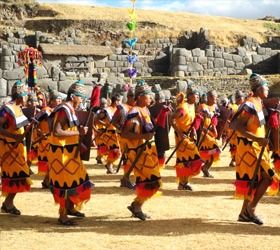 Festival of the Sun, Peru
Inti Raymi is held in Cuzco, Peru at the Saqsayhuaman ruins which overlook the city. Inti Raymi (meaning the festival of the sun)was a religious festival in Ancient Andean times and was held in honor of the Sun God during the Winter solstice. It was seen as a way to thank and gain favour with the Sun God and to ask his blessing for a good crop in the following year.

The re-enactment of Inti Raymi began again in 1944 to honor Cusco’s Inca past and to bring to light ancient traditions. Inti Raymi is now held on June 24th every year. It pays homage to the Inca civilisation and is the second most important festival in South America after Carnaval in Rio. Actors and dancers from all over Peru spend many months preparing and rehearsing for the Inti Raymi procession which is a re-enactment of ancient Inti Raymi rituals. After the ceremony people head back to the town and celebrate. 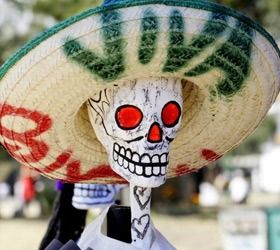 Day of the Dead, Mexico

The Day of the Dead (El Dia de los Muertos) is held annually in Mexico from October 31st to November 2nd. The Day of the Dead dates back to the Aztecs. The festival is not a sombre occasion but a joyous one held in honor of the dead being a time of remembrance and rejoicing of those no longer living.

The Day of the Dead celebrations are most significant in Oaxaca where it was believed by ancient civilisations that the entrance to the underworld was in San Pablo villa de Mitla a archeological site close to Oaxaca.

In Oaxaca the Festival of the Dead is celebrated with a parade through the city to the cemetery where a candle lit party is held in honour of the dead. In some towns people sprinkle petals from the cemetery to their home which is believed to assist the spirits in finding their way home to visit their family. Living family members then hold a special meal and celebrations in the believed presence of their deceased family members.
Locals prepare altars in their homes in memory of dead family members. Vasts amount of hot chocolate, candy in the shape of skulls, day of the dead bread and chocolate sauce is consumed. Music is played and people dance and enjoy themselves.

A tradition which was established by the black slaves several centuries ago in Havana. Carnaval is held each weekend in July and August. It is an important celebration involving various dance groups from various communities in Havana. You can expect parades, dancing, puppet shows, parties, mask wearing and music. You may also be cajoled into a impromptu performance as spectators are often called to dance and join in the festivities.

Held in Argentina’s wine region in the first week of March. It is a celebration of the wine harvest. There are parades, fireworks, dancing and of course drinking.

To plan a trip to experience one of these festivals please send us an enquiry or contact our specialists on 1300 575 752.