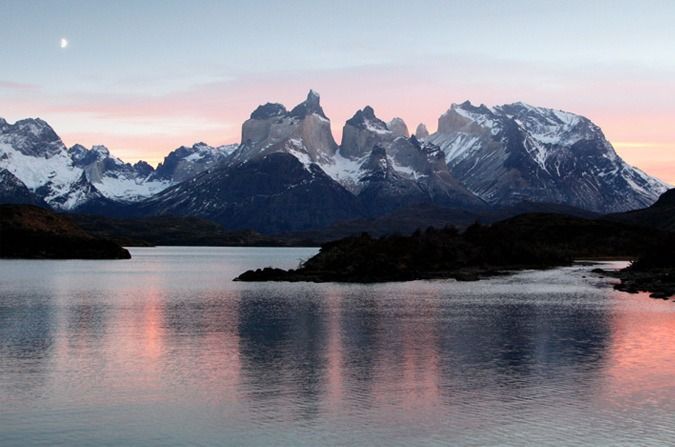 Every photo I have ever seen of Patagonia has literally made my jaw drop, so when I had the opportunity visit there I jumped at the chance. There was only one small potential problem in that the time that suited to travel there was going to have me in Patagonia smack in the middle of their winter, and I wasn’t sure whether there would be much to see or do at that time of year. I decided to take the chance.

To get there I took an 11 hour flight to Santiago ex Sydney and then a further 3 hour flight from Santiago to Punta Arenas over the spectacular Andes. However, on landing it struck me how incredibly flat it was. In fact, I couldn’t even see any mountains in the far distance. I was starting to worry I had caught the wrong flight. Thankfully my driver from Hotel Explora was dutifully waiting at the gate and we started the four hour drive back up into Torres del Paine.

If you don’t already know, the Torres del Paine (pronounced tor-es del pie-nay) is a national park boasting gob-smackingly beautiful and dramatic mountains, lakes, glaciers, and rivers, and is located in Southern Chile. I checked in to the Explora Patagonia Lodge which sits beside the Salto Chico falls on Lake Pehoé and has breathtaking views of the Paine Massif and two of the three towers. I could write a whole blog about how great the Explora Patagonia Lodge is, but I will just say simply that it is the best lodge I have ever been to; the design and decor, the staff and service, the food and beverages are all superlative, and the view is like living in a postcard. 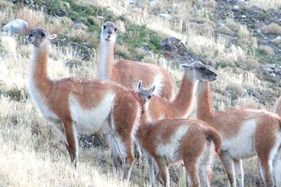 We got in around 2pm, and after being greeted and checked in I walked over to one of the windows to catch my first glimpse of the Cuernos del Paine. Over the next four days we would enjoy uninterrupted views as we experienced bluebird days one after the other having just missed a snow spell. I was preparing to head to to the bar to relax. To my horror one of the in-house guides came over to talk about going on a trek that very afternoon! Forty five minutes later we were trekking up to Condor Point, a two hour reasonably intense trek up to a vista point, where we immediately saw Guanacos, Eagles, and of course Condors.

It turns out Hotel Explora tries to discourage people like myself from spending your days drinking in the bar with your face pressed up against the glass enjoying the amazing view. In fact it kind of felt like I didn’t have a lot of choice in this. They want you to experience the park in its entirety, and that means getting out amongst it. There is however a lot of choice in what you want to do, whether it is trekking or horse rides, and they cater for all levels. Over the next there days I would do three more amazing full-day treks. 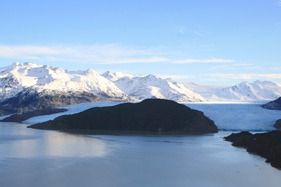 The first of the three full day treks was to the Grey Glacier. We started with a boat ride across the lake in the morning with the sun coming up over the water and hitting the peaks – almost a magical moment. On the trek we saw bright blue icebergs drifting in Lake Grey, as well as the impressive Southern Ice Field and the Paine Massif. The Grey Glacier is stunning and along the way we encountered various wildlife such as condors and the spectacle duck. That night I think I almost fell asleep in my dinner I was so worn out, but I like to think I was still jet lagged.

The second trek I decided to see the French Valley. We hiked through the burned forrest with views of lake Pehoé and lake Skottsberg and under the shadow of the Grand Paine, on to the impressive French Glacier. We witnessed several avalanches (from a very safe distance), and the ever present condors which by now I was starting to think were maybe following me. Apres trekking included a couple of beers in the outdoor spa looking out over the lake watching 4 giant condors lazily riding the wind currents looking for food. Once again with sore legs and a happy heart I slept like a baby. 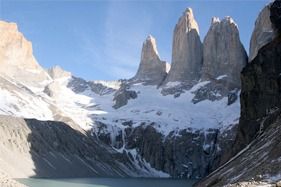 Everything was building to the final day of trekking. The big one. The 18k, mostly up hill, challenging hike in to the base of the Paine towers. With now stiff and aching legs I dragged myself into the van while it was still dark. I won’t lie, this was pitched as not an easy trek, and even the staff talked about “trying” to do the base. I was concerned. But there was no way I wasn’t going to make it as the reward at the end apparently defied any superlatives. After a few hours of very hard grovel, but in almost summer-like conditions, we finally made the base. We lunched in the sun on a massive rock with the 3 towers climbing above us against a cloudless blue sky. I consider myself so incredibly lucky to have experienced it. You really do earn it with the hike in, but it is all so worth it. On the way down my guide offered me an electrolyte to add to my water. It seemed a shame to spoil such pristine water, but it occurred to me it would be more of a shame to collapse and die from exhaustion. The cherry on the cake was seeing amazing and rare torrent ducks feeding in the river as we descended.

To visit the Torres del Paines is a once in a lifetime experience, and fortunately for me winter turned out to be a great time to travel to Patagonia. Even though I experienced better than usual weather for the season, winter offers lower wind conditions which is a really good thing when you are trekking, so don’t discount it as a possibility. For the trekking there are options for all levels but you really need to make sure you have good pair of hiking shoes and decent jacket. For the more advanced treks and especially the Base of the Towers it would pay to have done some bush and river bed walking before as you do really need to be sure of your footing, and a reasonably level of fitness or a high level of determination would also help. Trekking poles as well as lunches and snacks are supplied. Each night guides will meet with you to discuss options for the next day activities. Post treks you should look to relax in the wonderful swimming pool, hot tub and Sauna facility before enjoying the bar and restaurant.

Eclipse Travel offer trips to Explora Patagonia as part of several itineraries or can custom design one to fit your wishes. I can’t recommend it highly enough.