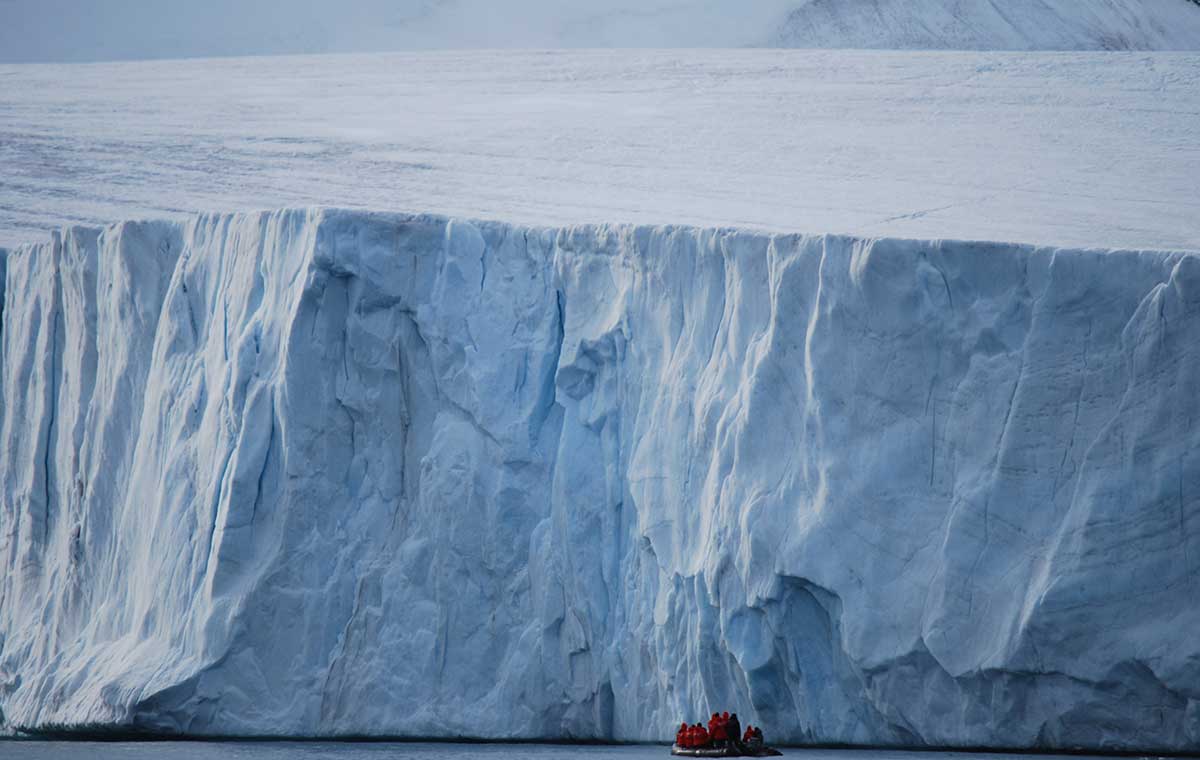 I recently had the opportunity to visit Franz Josef Land on board the Sea Spirit. If you haven’t heard of it before, it is a Russian archipelago in the Arctic Ocean which is inhabited only by military personnel and spectacular wildlife.

These are my top reasons you should add Franz Josef Land to your travel bucket list.

In the era of low-cost airlines, Instagram and package holidays it’s increasingly difficult to get away from the crowds and explore somewhere new. A part of what makes Franz Josef Land special is indeed how hard it is to get to. To reach Franz Josef Land requires you to fly to Longyearbyen – the most northern airport in the world that operates scheduled flights (quite the journey when travelling from Australia) and then sail for around two days before passing through a Russian checkpoint, after which you are finally ready to explore!

Even in the middle of summer sea ice can make exploring parts of Franz Josef land impossible, and in winter the archipelago is totally surrounded by ice, making it one of the least hospitable areas on earth – so its not surprising that it has never been permanently settled. At times the temperature reaches lower than -40C and in winter total darkness engulfs the island for several months.

Not to worry though – during the summer period when the expeditions run, the temperature averages a balmy couple of degrees above 0C. Even with the increased interest in the polar regions (40,000+ visitors to Antarctica each year), Franz Josef Land has remained largely unexplored with roughly only 1000 visitors every year. This means that the cruises that visit now may still land at completely new landing sites that have no record of being explored in the past. This far north even the satellite internet doesn’t work, so you will have to go without the wi-fi and really explore this destination.

The archipelago is 85% glaciers which makes for some spectacular scenery unlike even other polar regions. Whether it’s a glacier front stretching for kilometres or the tabular icebergs it creates, it’s really hard to describe how beautiful the region is. It’s great to get off the ship and onto the landings sites, to do the zodiac cruises along the face of the glacier and around the icebergs, but with a small ship you are so close to it all you can also enjoy it from the warmth of the ship with a coffee in hand.

Franz Josef Land is one of the most northerly land masses on Earth, which made it a popular spot to make a base for expeditions trying to be the first to reach the North Pole! With a bit of luck with the conditions, you will get a chance to explore some of these sites such as Tikhaya Bay, which is an abandoned Soviet polar station including generator, hanger and dog kennels – making it a fascinating place to wander around.

There is also Jackson Island where Nansen and Johansen (two explorers who had attempted to reach the North Pole) were forced to spend a winter in total darkness in a makeshift shelter from nearby rocks, a piece of driftwood and hunting walrus and polar bears to survive. Seeing sites like this and hearing from the expedition team, the stories of these early polar explorers really gives you an appreciation for what these explorers went through.

I must admit that before arriving in Franz Josef Land I had no idea what it had to offer with its flora. Admittedly tiny with its trees and flowers, usually no more than a couple of inches in height, you really to have to get on your hands and knees to properly appreciate it, but if you do you will be rewarded. With an incredibly short summer period of around six weeks that the flowers have before the snow and ice covers them again, it’s impressive that they have managed to survive the incredibly harsh conditions here, but we are very lucky that they do!

Polar bears, the King of the Arctic reign supreme here in Franz Josef Land. Unlike other parts of the Arctic that have settlements where humans live and have limited the polar bears’ ability to roam, there are no such issues in Franz Josef Land. With no permanent settlements the polar bears have been free to roam around the archipelago, and with plenty of ice around they have plenty of areas where they can hunt for food, making the area an ideal environment for them.

Of course, there are never any guarantees with wildlife (or expedition cruising) and every day is different, so there is no way of knowing exactly what you will see. It’s not only the polar bear that survives this climate of course, there is an impressive amount of bird life with some huge colonies built along the cliff faces of the volcanic basalt rock that makes perfect ledges for the birds to try and protect their eggs from the nimble arctic fox.

If the idea of exploring somewhere truly remote with spectacular scenery and unique wildlife sounds like something that you would enjoy I would highly recommend you add Franz Josef Land to your bucket list!

You can see our range of holidays to the Arctic here.