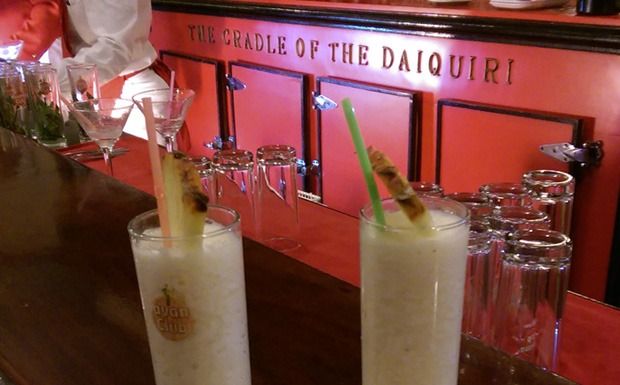 This is my second visit in three years to one of my favourite countries, Cuba, and I returned interested to see if there had been any changes after the recent opening up of US and Cuba relations. I wanted to see Cuba still had its charm and if there had been any significant changes in regards to the number of tourists, were there any international brands were suddenly appearing and was internet now available? The good news is in most cases not yet and Cuba was still a wonderful place to travel. There were definitely more tourists, some internet was available in public hotspots and in some of the hotel lobbies, a few more ATM’s appearing and in general a sense of excitement from most locals we spoke to about the future.

So with plenty of vintage cars still driving around, cheap Mojito’s and Lobster still being readily available along with Cuban music heard bursting out of every bar and restaurant, I was satisfied most of the important things hadn’t changed too much in the last three years.

That got me to the point – what am I going to write about for my blog if there are no big changes? Fidel? Che? That’s all too political for me so I thought I’d talk about the Cuban food and drinks as on this trip I had some great meals.

Cuba isn’t generally known for its food and flavours but digging beneath the surface and avoiding the touristy bars and restaurants you can find some delicious, traditional meals with a few unexpected flavours and satisfied appetites that will certainly bring you back for more.

Breakfasts will generally be eaten in your hotel or Casa Particular and it consists of a fruit plate of one or more of the following Papaya, Mango, Pineapple, Watermelon and Guayaba. This is accompanied by a bread basket with margarine and honey, tea or coffee, then possibly a plate of ham and cheese and some scrambled eggs.

Lunch and Dinner at the restaurants can be the same menu for us foreigners so it’s wise to choose which meal you prefer and really go for it in one meal, then snack for the other (depending on your appetite of course!) as the servings are large. Lunch is the main meal for the locals, so for the first few days while we were getting our bearings, we generally made the mistake of having 2 big meals each day. The best lunch we had was by far and away the meal the casa particular prepared for us in Trinidad. This particular meal was made up of fresh fruits and salad, fresh bread, fried banana, sweet potato, cassava, white rice, rice with black beans, black bean soup, grilled fish and prawns. 3 of us devoured the meal in the above image over an hour or 2 and left very satisfied.

Once back in Havana, we stayed at a very nice Casa in the Old town called Casa Hostal Casa Vieja, which was a grand building right in the centre of the old town. Once settled in we start to investigate the property and head upstairs where there is a lovely roftop bar with an enticing menú. We ordered a fresh cerviche to start (above).

Of course it is pretty hard to go past Lobster, and at around US $10 we could not resist, as well as marinated pork, octupus and the standard salad, rice and beans. The meal was fresh and delicious and definitely one of the best over the trip.

To wash these meals down, Cuba is the home of many rum based cocktails such a the Mojito, Pina Colada, Daquari, Cuba Libre and Canchanchara to name a few. One of the 2 most famous bar’s in Old Havana is called El Floridita – the home of the Daquari and visited frequently by Ernest Hemingway, hasn’t changed much since it first opened its doors in 1817 (except for maybe the blenders constantly mixing daquari’s and pina coladas for its customers), with the live Cuban band playing in the corner and waiters in traditional suits.

The best Mojito we had was purchased in the other famous bar ‘La Bodeguita del Medio’ which was also frequented by Hemingway and is a stop on all the city walking tours so its always busy, but if you get lucky and get a seat – don’t move for a while and have a meal, mojito or 2 and enjoy the atmosphere and history of this famous bar and country. You might even be treated to some over-the-head flamenco guitar in the afternoon… this is Cuba after all!