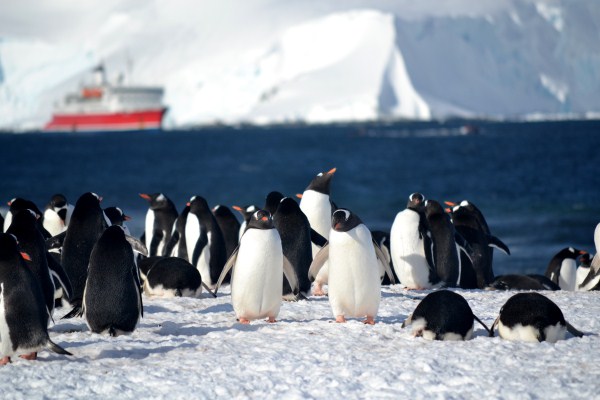 Tim recently travelled to Antarctica. Here is the review of the MS Expedition and his trip;

Day 1
We get onto the MS expedition and I am immediately impressed. It is better than I thought, the staff are friendly, it’s organised, clean and smells good. I get matched up with Steven in room 304 who is a teacher from the UK who has been working in Abu Dhabi and has a contagious excitement about visiting Antarctica and seeing the penguins so that should work out well. We go upstairs for the emergency briefing which was all good but then my drowzy seasickness pill starts to work and by the time I get back to my room I pass out and miss the intro talks and everything else…! I do manage to get up for dinner which was also much nicer than I thought. I had salmon and potato entrée, followed by pea soup, marinated prawns and finishing with chocolate ice-cream. Beers are $4.00 per beer, bottle of wine is $20 and up. 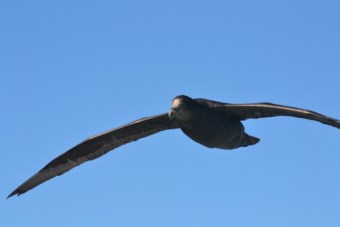 Day 2
Wake up at 7, go to gym. Head to breakfast at 8 which has everything you need, cereals, salmon, English breakfast, fruits. First lecture about birds was ok, the second about Shackleton better. Everyone went out bird watching afterwards and saw all sorts of birds like albatrosses etc. The sky has cleared and it’s a beautiful day. Lunch was very good, spicy fish and chicken curry (Indian).

Had a couple hours sleep in the afternoon then got up to watch blue planet, later that afternoon they had a lecture on the seals that we are likely to see which was good. A couple of whales were spotted in the afternoon which got everyone excited, then it was happy hour which made everyone else even more excited and carried on from there. The music man started playing some bad music and we could see a little love triangle forming on the ship due to a Norwegian lassie getting a couple of guys attention.

Day 3
Wake up at 7 and had breakfast. We crossed the Antarctic Convergence where the temperature outside is now 0 and the swell has picked up to 3-5 metres. I haven’t heard of anyone getting sick yet so that’s good. The weather doesn’t looks to be great for the next 4 days. Morning lecture was on the Geology of Antarctica and later we signed up for zodiacs and had a talk about IATO rules and regulations.

At about 3 the clouds started clearing and some icebergs were seen in the distance so we had finally arrived and we managed to get to day a zodiac trip in at Aitcho Island which is amongst the South Shetland Islands. There were heaps of Chinstrap and Gentoo Penguins, the sky cleared and we pretty much had a perfect arrival onto the snowy beach. The guides made a track for us to stick to which went all the way over the island seeing hundreds of penguins and one lazy Weddell seal laying in the sun. It was very cool and I can really see the attraction of penguins now, very curious, cute and clumsy which are all appealing factors for anyone to watch.

The weather eventually changed and we started to cool down so we headed back for an afternoon beverage or 2 to talk about the day’s events. 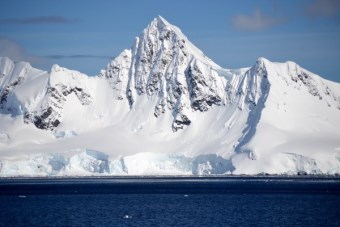 Day 4
Bad weather today, so we sat in front of Brown Bluff for a while hoping to land. The sky cleared but the wind was strong making it too difficult to go in the zodiacs. We later headed into the Weddell Sea to check out some tabular icebergs and returned back to Brown Bluff later that day but the wind was still strong so we couldn’t make a landing that day.

Day 5
Woke up and headed through some pack ice which was cool on the way to Danco Island. Had a group of Penguins following the boat as we were clearing the way for them to reach their rockery. Saw some Weddell seals sitting on the ice and some great scenery while the snow was coming down.

Headed out later that morning to the start of the ice pack where there were loads of penguins and then we managed to get onto an iceberg to stand for a quick photo. Lunch and nap time…

Afternoon we went to Neko Harbour, a super peaceful place loaded with thousands of Gentoo Penguins. Very scenic place with lots of peaks and glaciers surrounding the areas. We had to leave the area as ice was surrounding us and could prevent us getting out so we had to leave quickly. We stayed in the area for a very scenic dinner and I even though today was cloudy it was still great, I feel tomorrow will be better : )

Day 6
Very scenic and beautiful day today, the winner so far. First trip was a zodiac mission around Paradise Bay with Alex where we all got to get up onto an iceberg again and we went around the Bay where some spectacular and dramatic mountains and cliffs surrounding the Bay, everywhere you looked was quite breathtaking.

Later that day we headed off to Port Lockroy, saw heaps of Gentoo Penguins and stopped at a British Base to send some postcards. We got back to the ship to find a BBQ being cooked on the back deck and as it was a nice evening we sat out there and had dinner. The campers went to their site and the rest of us stayed and enjoyed a beautiful sunset over the snow covered peaks. 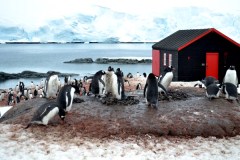 Day 7
Enterprise Island and Wilhelmina Bay. Beautiful morning where we tried to get to the mainland again but ice prevented that happening, however it was great just looking at the views from the boat. The captain got us out of the wind and we sat there for a couple of hours enjoying the views

Later that day we headed off to Mikkleson Harbour where we found plenty of Penguins and the sun was shining so there was some great scenery and snowfight. We headed back before the weather changed happy with today and got ready for another great dinner.

Day 8
We went to Deception Island this morning for a look at the active Volcano and have a swim. There were a few Gentoo penguins on the island and 2 Weddell seals which were nice and friendly. Had a walk up to the crater edge for some good views then back down for a swim. My feet froze but the rest wasn’t so bad so that’s another tick off the list for me!

That afternoon we made a second landing to check out the Chinstrap penguins, plenty of Weddell Seals and one Macaroni penguin

Day 9
Tried to land an the Brazilian base but ice prevented landing so we did a zodiac mission instead around the bay. It was the coldest day so far and we got quite wet from the waves so it was fun but we were happy to get back on board the MS Expedition. Later that day we ended up going to a Polish base and saw some elephant seals mating which according to the staff was a rare sight so that was good. It was snowing quite heavily so the pics didn’t come out so well, but it was a pretty amazing seeing the giant male storm down the beach and get in between the mother and pup. Had a cup of tea at the Polish base then headed back to ship.

Day 12
Departure to Airport for flight back to Buenos Aires.

Overall experience on-board the MS expedition
To be honest I can’t really fault the MS expedition. I asked as many other passengers as I could and everybody loved it. The quality of the expedition staff was extremely high and mostly all Canadian and English and very experienced which I think was an important factor. The ship staff, bartenders, waiters, cleaners etc were a real pleasure to deal with and everyone was extremely impressed by their quality of service, hard working happy attitude and their ability to remember everyone’s names from the beginning gave them an especially high regard amongst passengers. 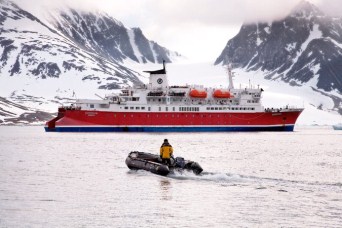 The food was exceptional. One passenger told me she had a peanut allergy and they gave her a special meal each day and always mentioned ‘peanut free’ to her for peace of mind. Dinners we had a menu to choose from of 2 starters, soup, 3 mains and 3 deserts.

Wine on board wasn’t cheap but you could buy a bottle and use it over several nights if you liked (that didn’t work very well on my table though) and started from US$20 per bottle up to about US$45 and it had a good selection of reds and whites from around the world. Standard beers cost $4 and Premium beers cost $6. Happy hour prices were $3 per standard drink including the cocktail of the day.

The lectures covered everything from Antarctic explorers, the history of getting to the south pole, Birds of Antarctica, Penguins, Seals, Whales, Geology, Climate change and pretty much anything else along with regular recaps of the day’s events so everyone realized what they had seen over the day.

The rooms, Category 1 and 2 are on the lower deck and the same size as the category 3. The porthole definitely makes the room darker during the day, and in the triple rooms things were a little squashed but they were still good rooms.

Category 2 and 3 rooms were comfortable, spacious as long as you kept your stuff on your side and respected your roommate it was all good. The difference being a larger window in category 3 for more natural light and a higher deck which gives you a better view in case something is visible on your side. The beds in all categories were comfortable with them being made up and rooms cleaned twice a day by the staff.

Category 4 and 5 were on the 4th level and both nice. Cat 4 twin rooms had a window large enough to sit in and enjoy the scenery and were about the same size as the cat 3, 2 and 1 rooms, had beds facing the other direction (direction of travel) and looked to be more comfortable than the lower classes but as I mentioned above, they were all comfortable.

Cat 5 has a double bed and a bathroom with a super dooper shower that somehow becomes like a steam room. These rooms have more space and a second room to use as an office /living / reading room.