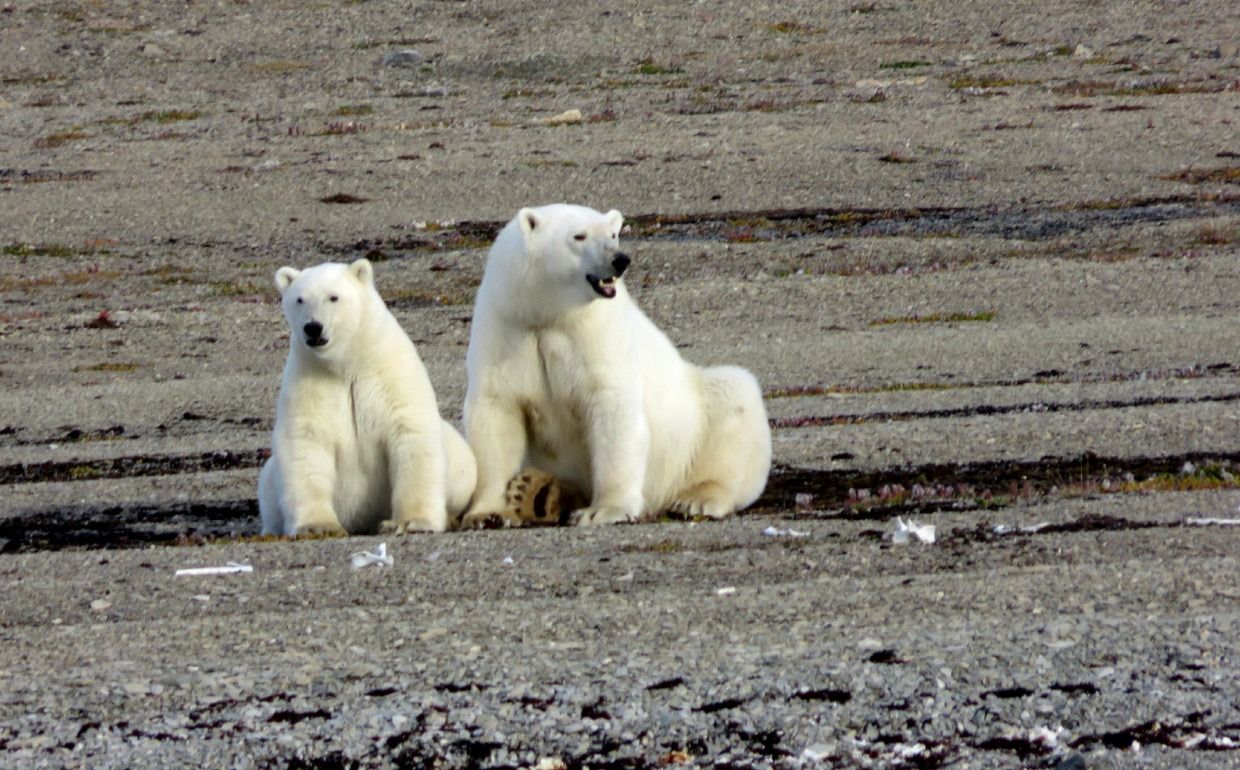 So I will try to be brief while still giving a good idea about my experience,  I don’t think I’ll ever be able to put in writing the incredible week i had but i’m going to give it a go.

What an amazing experience to be able to take part in an Arctic
Expedition, aboard the Akadmeik Ioffe. The ship was originally a
Russian research vessel, and so we had a Russian crew; a staff of
mixed cultural backgrounds, but mostly Canadian. The expedition I was on was called the Wildlife Encounters and our
wildlife encounters did not disappoint! We were so lucky to see and
experience the animals so close! 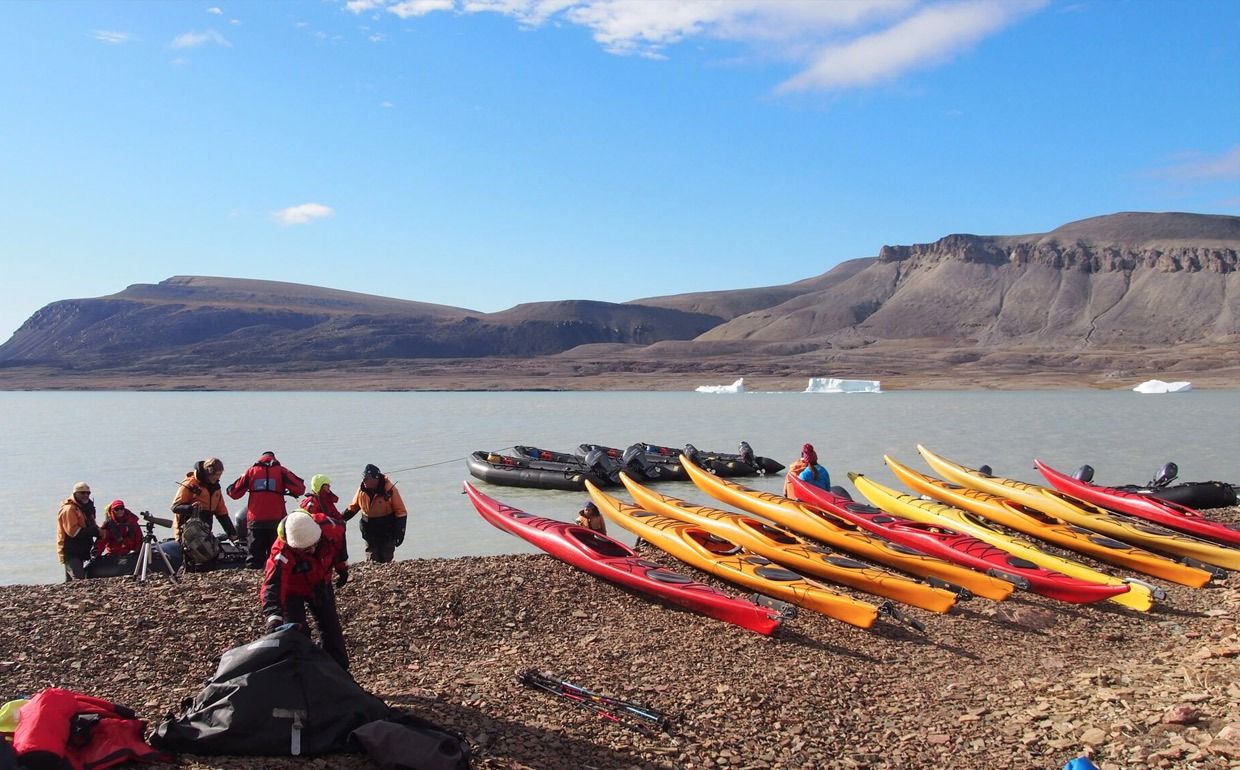 On one day we saw 41 polar bears on one Zodiac outing, including nine cubs! Even
the polar bear scientist we had with us, who has a PhD in polar bear
studies, had never seen so many in one day before (his record was 18,
viewed by helicopter). We also learned a lot about the history of the Northwest passage and polar exploration, such as the lost Franklin expedition from 1845 and
the number of search parties that went on for several decades.

There was lots to do on board when travelling to the next landing. Lots of presentations by experts in their fields, I didnt know much
about the northwest passage, so I came away from this knowing so much more, it was amazing to hear the stories and the brave explores that put their lives on the line. There is so much history around this region. 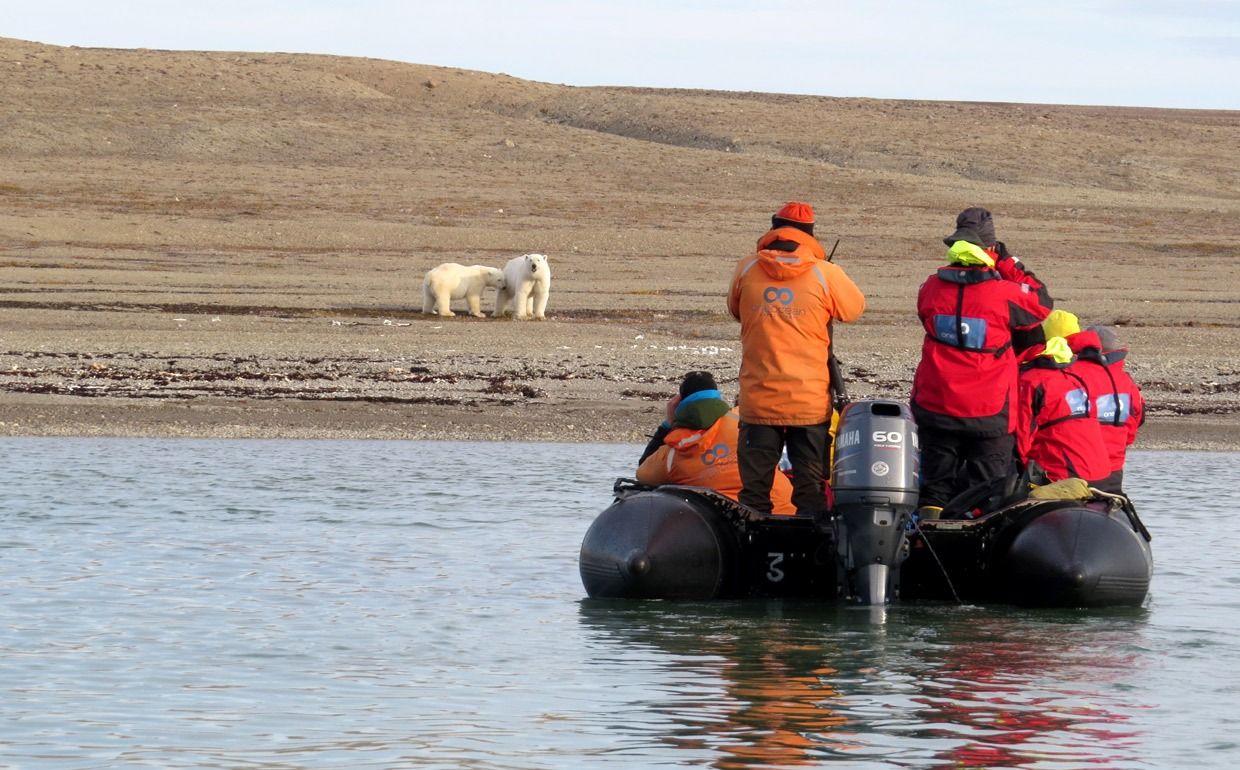 There was also time for play on board, with most nights including time
in the bar; I enjoyed a few sessions with the sauna/plunge pool
(that’s water pumped straight from the sea!) good to be able to say
you jumped in the water in the Arctic! Also an awesome hot tub on the
top deck, to relax in and watch the amazing scenery go by,  not many expedition vessels have
this, so this was a major draw card for me!

Average temperature was about 1-7C during the day, so when you are on land hiking some days and the sun
is out, it felt like more 10-15C.

The season in the Candian Arctic is only from about July and August so
the trips do book out as its such a remote and unique trip. My trip
was from the 11th August so the sun never set. 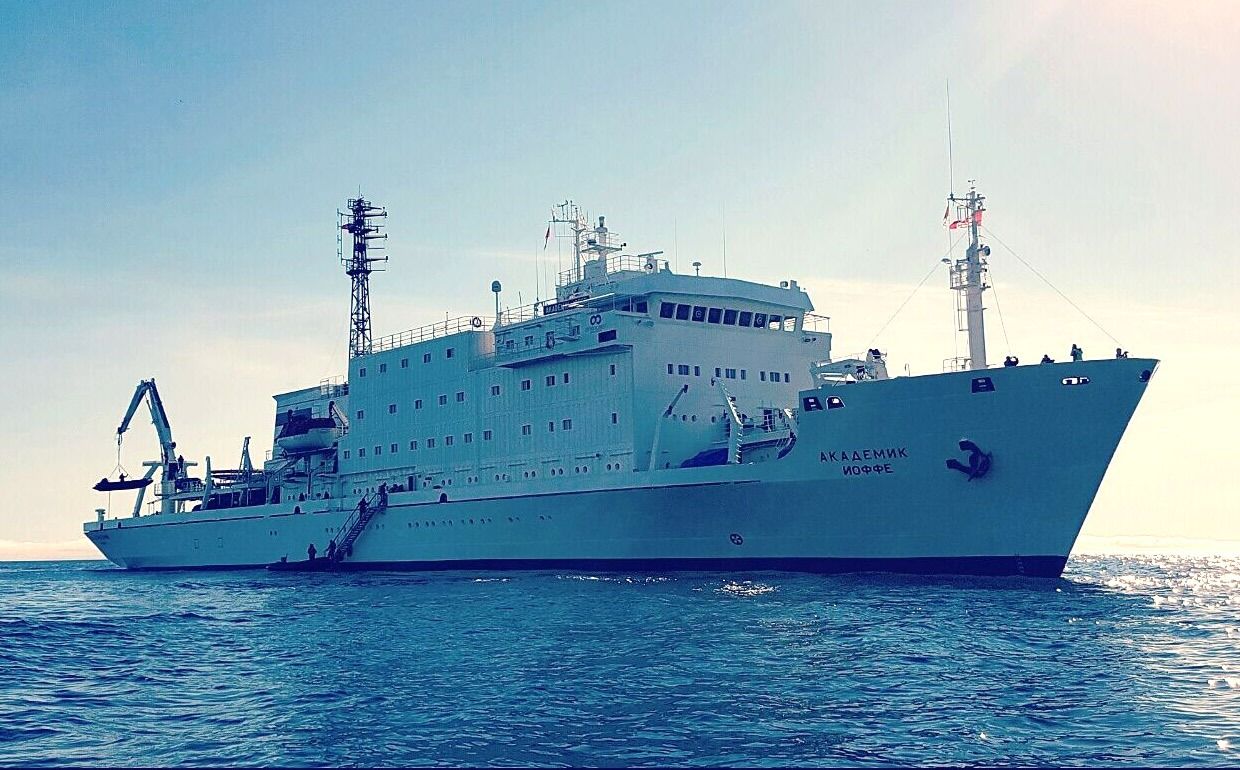 The trip started in Edmonton, Canada, with a chartered 3.5 hour flight up to town called Resolute, then A shuttle bus and zodiac out to the ioffe which was our home for next 9 days.

The Resolute landscape is barren, dry land, with very little greenery
and old explora sheds, temperature is cold, layers a
must. I was in the superior Cabin which was on deck 6, close to the
hot tub and the bridge. They have an open bridge policy, so it was
interested learning about where we were going and seeing the captain
in action. 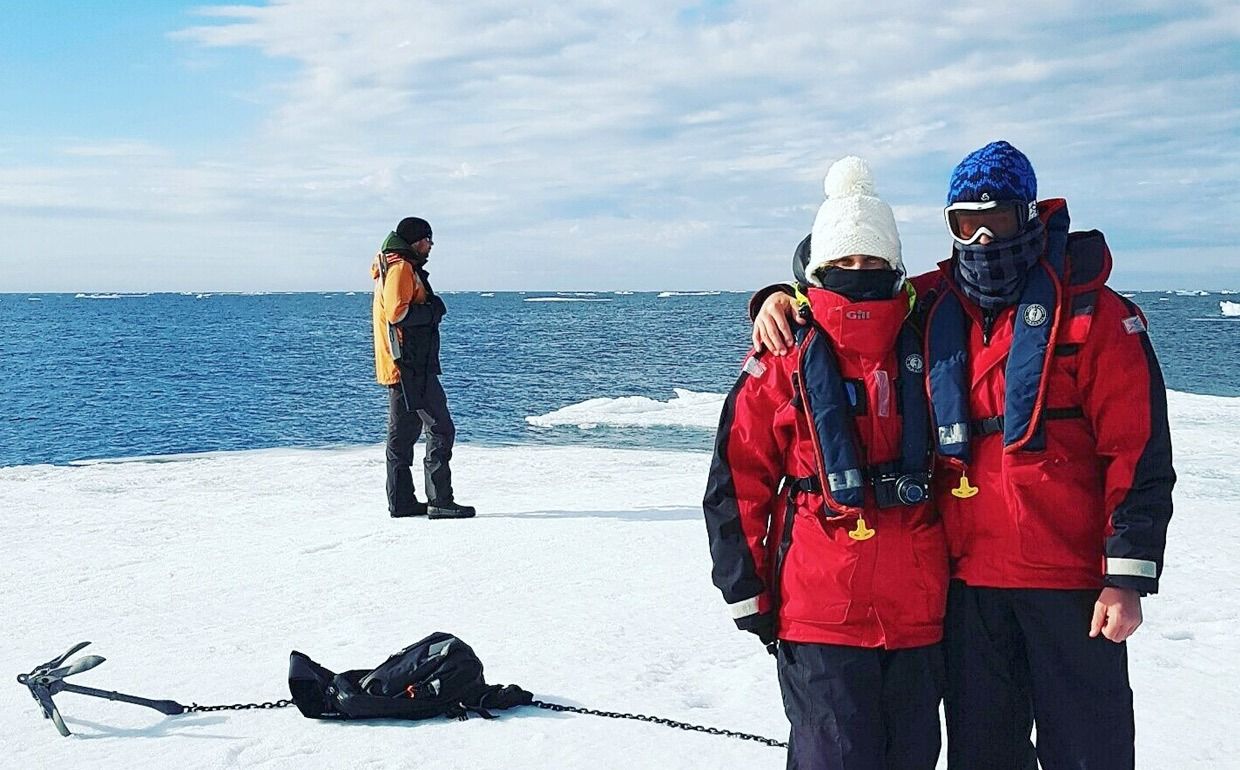 Some the major highlights I have below:

Prince Leopold Island; Port Leopold, Somerset Island
We took a Zodiac cruise around a massive migratory bird sanctuary and
the sheer face of limestone and sandstone cliffs, you will see in the
photo in this blog, 245-265m high, that is Prince Leopold Island. Here
we saw likely thousands of birds, mainly Thick-Billed Murre, Black
Guillemot, Black-legged Kittiwake, Glaucous Gull and Northern Fulmar.
Later that afternoon, we saw 30-50 beluga whales in the bay and our first polar bear sighting!
What I loved about this type of expedition cruise, is the diversity of
activities. Each day you would typically do a morning and afternoon
excursion whether it be zodiac cruising or going onto land. A few of
our landings we had the choice to do a more strenous hike or a more
relaxed nature walk learning about the fauna and flora. 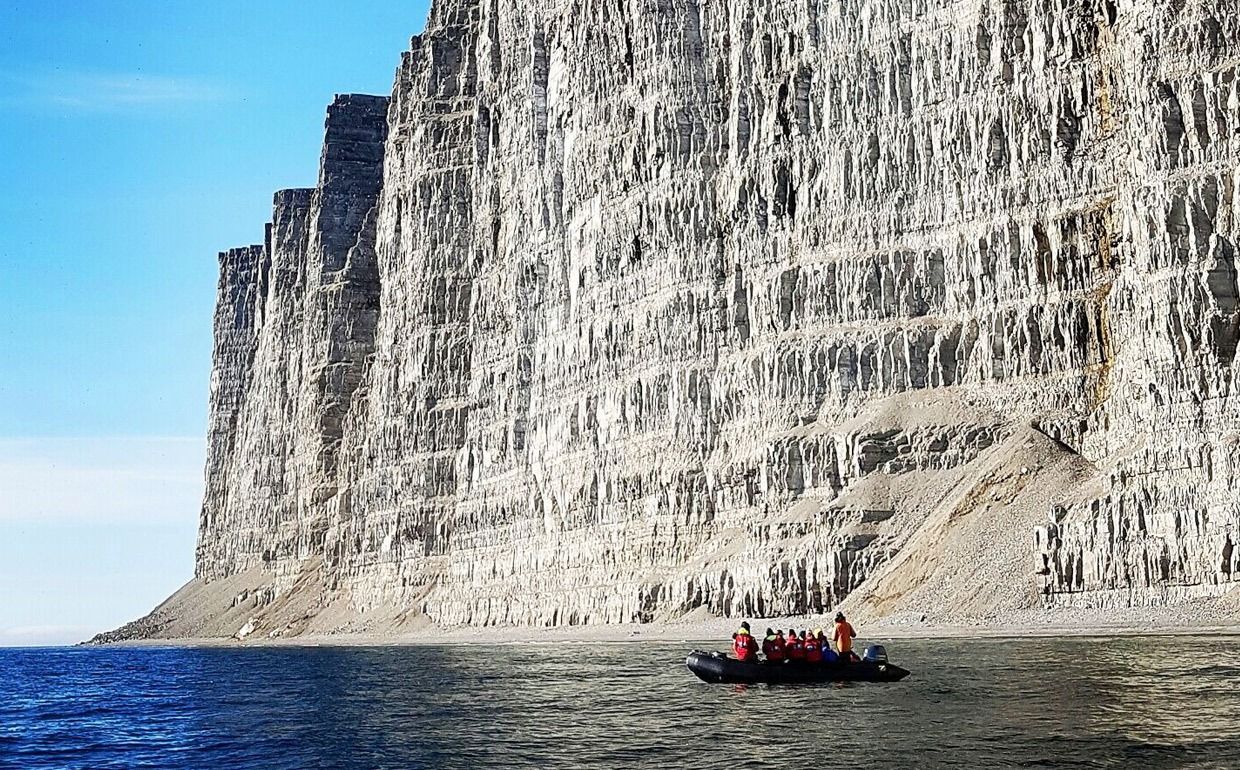 I chose to do the hike at Fort ross which was a 4km round trip, with
90m elevation at Fort Ross (great to stretch the legs and awarded with
wonderful views); and another trading post from 1930s-1948 when it was abandoned due to poor accessibility, you
could look through the window and see some of the remains in the house.

Cruising through the narrow Bellot Strait we spotted 3 NARWHALS! Which are so hard to find so it was an amazing sighting, with their tusks breaking out of
the water and all. We also saw a musk ox in the distant. 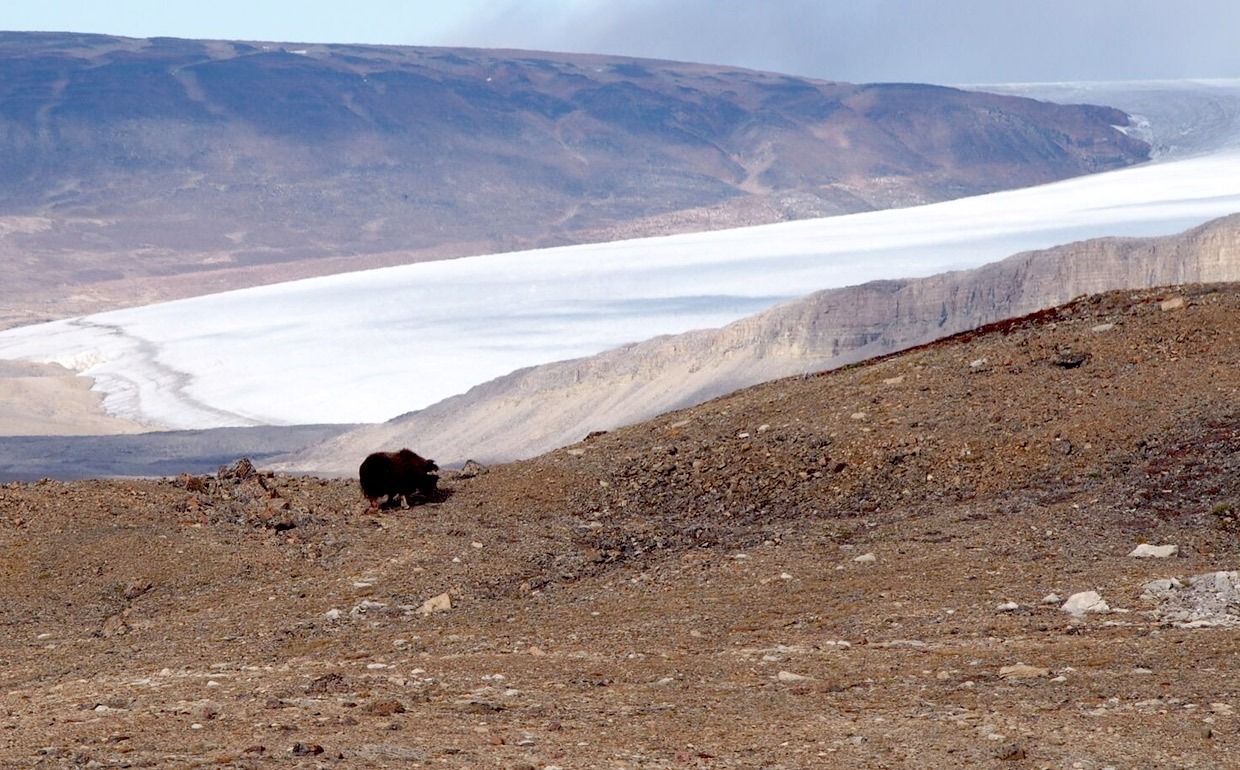 Conningham Bay
The highlight for me though and a must for any Canadian Arctic trip is
a trip that includes Conningham Bay which is a hunting ground for the
local Inuit, and beluga carcasses were left in high number this season = easy polar bear food. Incredible experiences here watching these
animals in such high numbers and proximity (32 adults and 9 cubs!)
We followed a massive male for a long time, from the land, swimming
through the water, and across the shore again. Once he sniffed us out
sufficiently and decided we weren’t a threat, went on to feed from a
carcass by the edge of the water. With careful Zodiac driving he allowed us within 50m – amazing to be able to
be so close to see him your own eyes and in such detail. The cub was
about 18 months and again they let us within 20-30m as they walked
down along the shore and began feeding. I am still processing this
experience and I don’t think I will ever get over the fact that we got
to watch them in their natural habitat for so long, at such a short
distance. 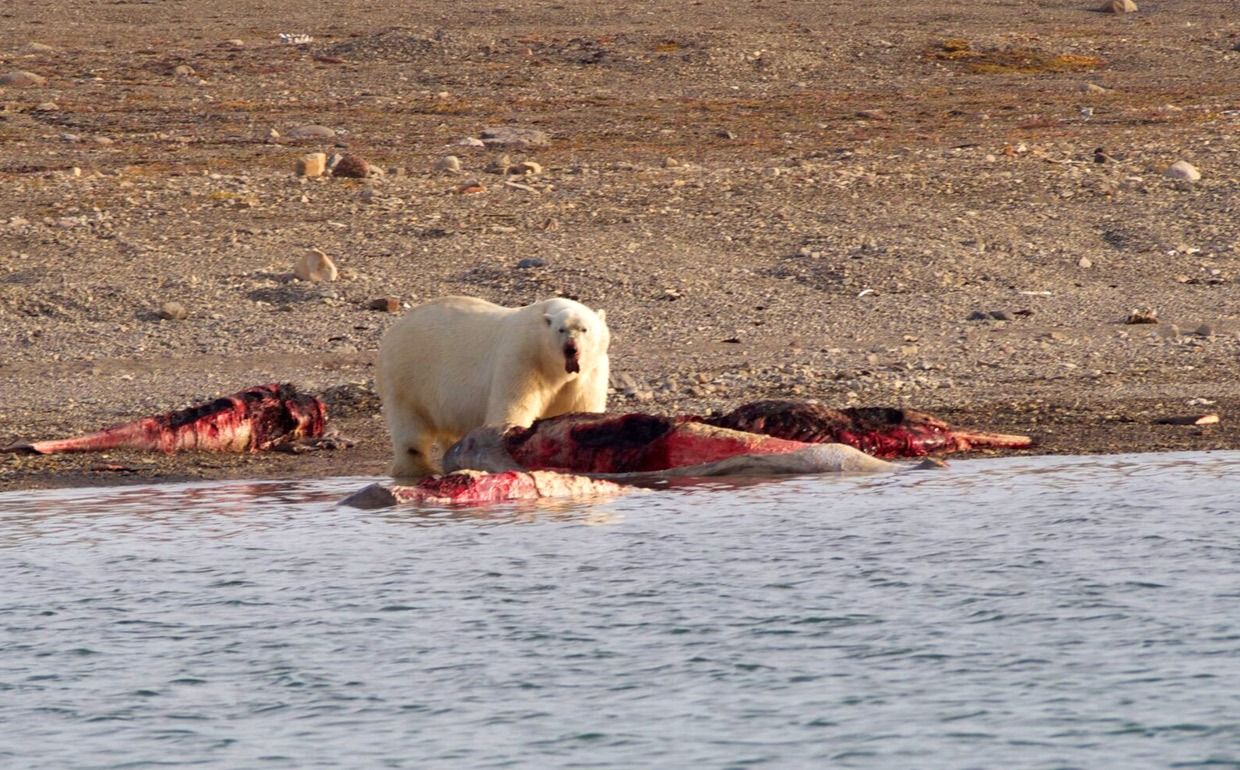 On the hunt for sea ice! It is a beautiful sight from the ship, but
nothing compared to cruising around the floating ice sheets in the
Zodiac. it is such a unique shape, created by the sun, wind, rain, and
waves. They are beautiful pieces of art, you could spend all day
looking at them. I have a photo which looks like a frozen whale
tail. We also got to walk out on the ice which was a fun experience.

This was quite a moving visit to Beechey Island after we remember the
explorers.  A very important site of which has the graves of three men
lost on the Franklin expedition. We paid tribute to these men and the
countless others, who risked and lost their lives to map the Northwest
Passage, whose work contributed to us being able to safely sail these
waters today, and raised a toast of whiskey in their honour.

Another “sweaty hike” at Dundas Harbour, which got a select few of us
(others did more of a naturalist walk) within about 20m of a musk ox!
Walking further on gave views of the ox and glacier in the background
among beautiful scenery.

We sailed on to Croker Bay, where we saw a huge nameless glacier sits. The colours and how big it is was amazing!

I still can’t believe that we saw over 40 polar bears in one trip!