This trip combines the contrasting experiences of the lively city of La Paz with the adventure and unique landscapes of southern Bolivia and northern Chile. At the expansive Salar de Uyuni and San Pedro Atacama you will enjoy surreal landscapes and abundant wildlife, including wild vicunas and multi coloured lakes filled with flamingos. You will complete your trip in Santiago, Chile's vibrant capital city which is surrounded by an extraordinary set of snow-capped Andean mountains. 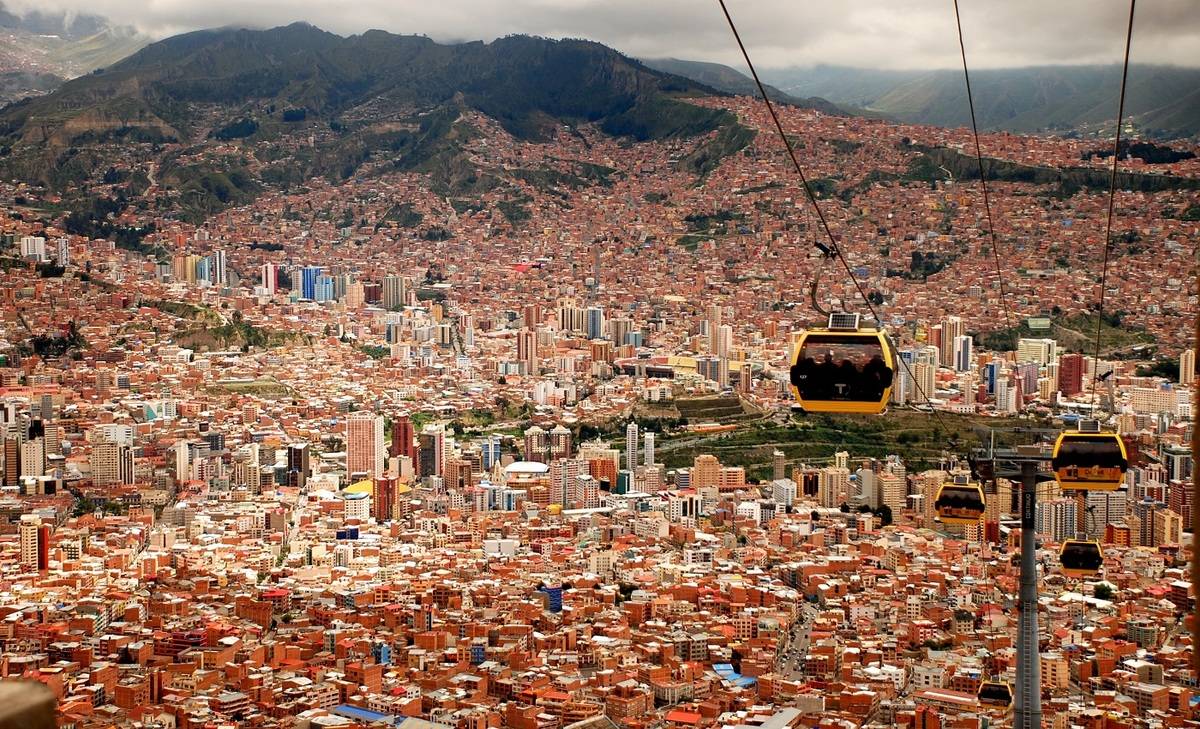 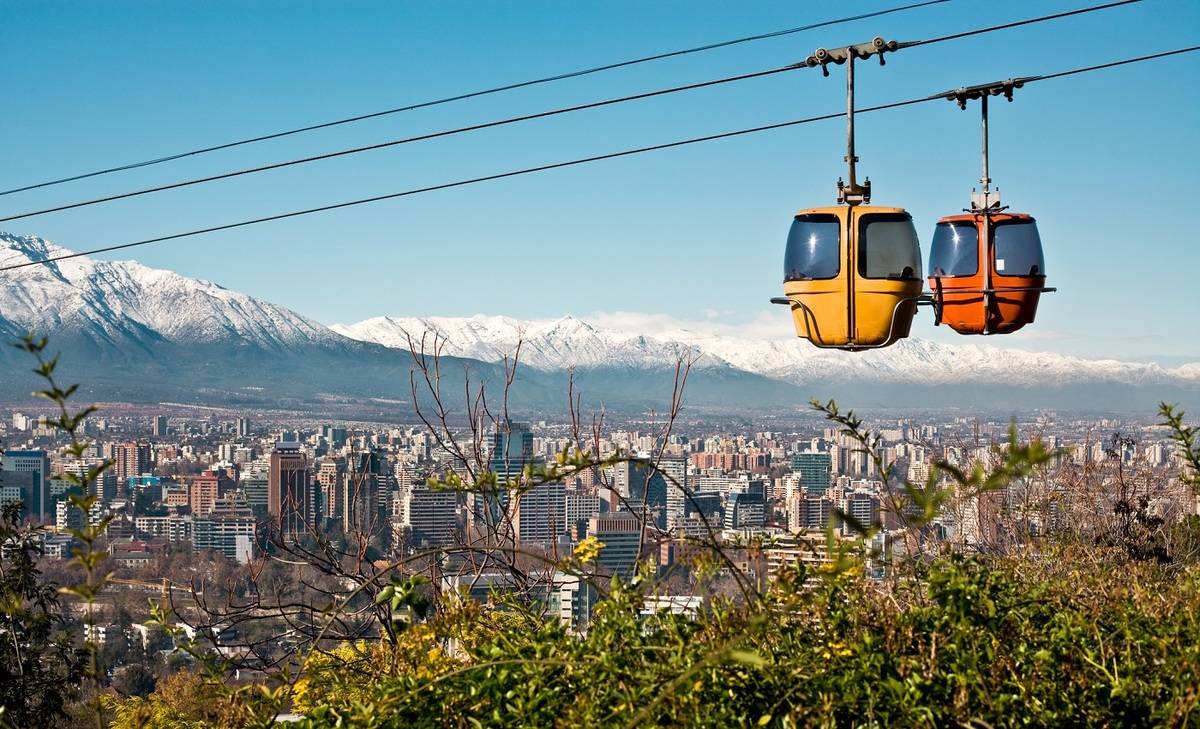 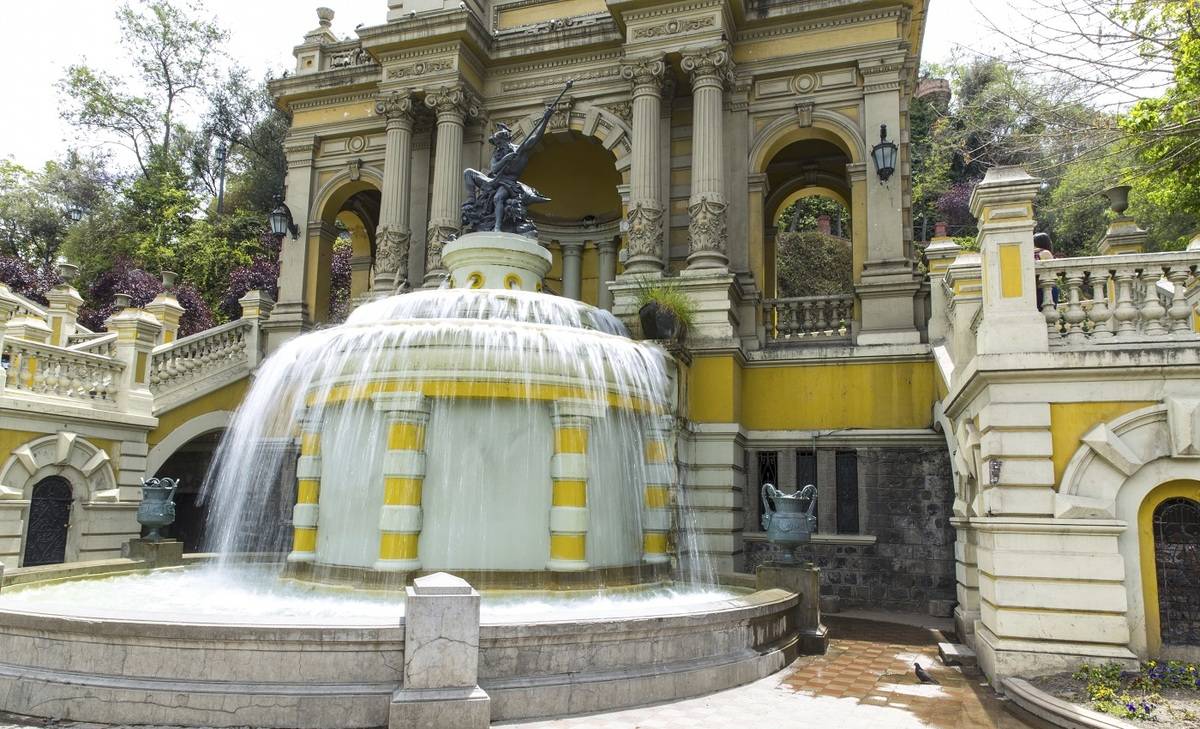 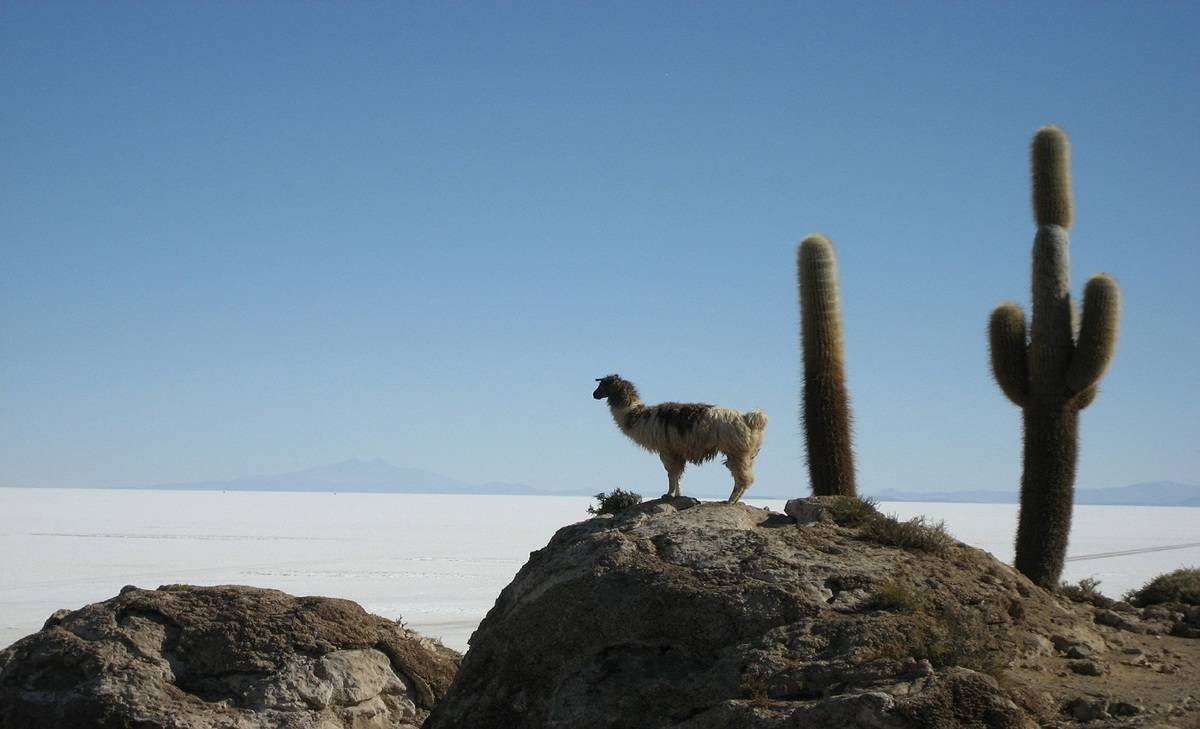 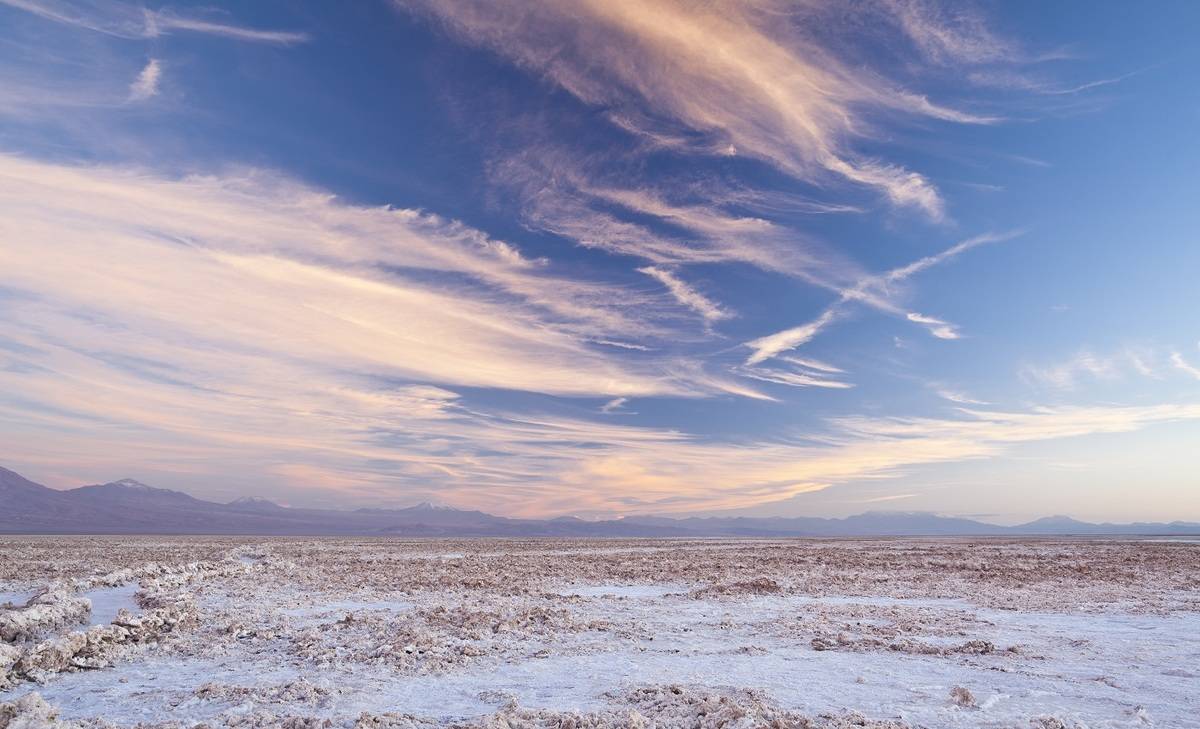 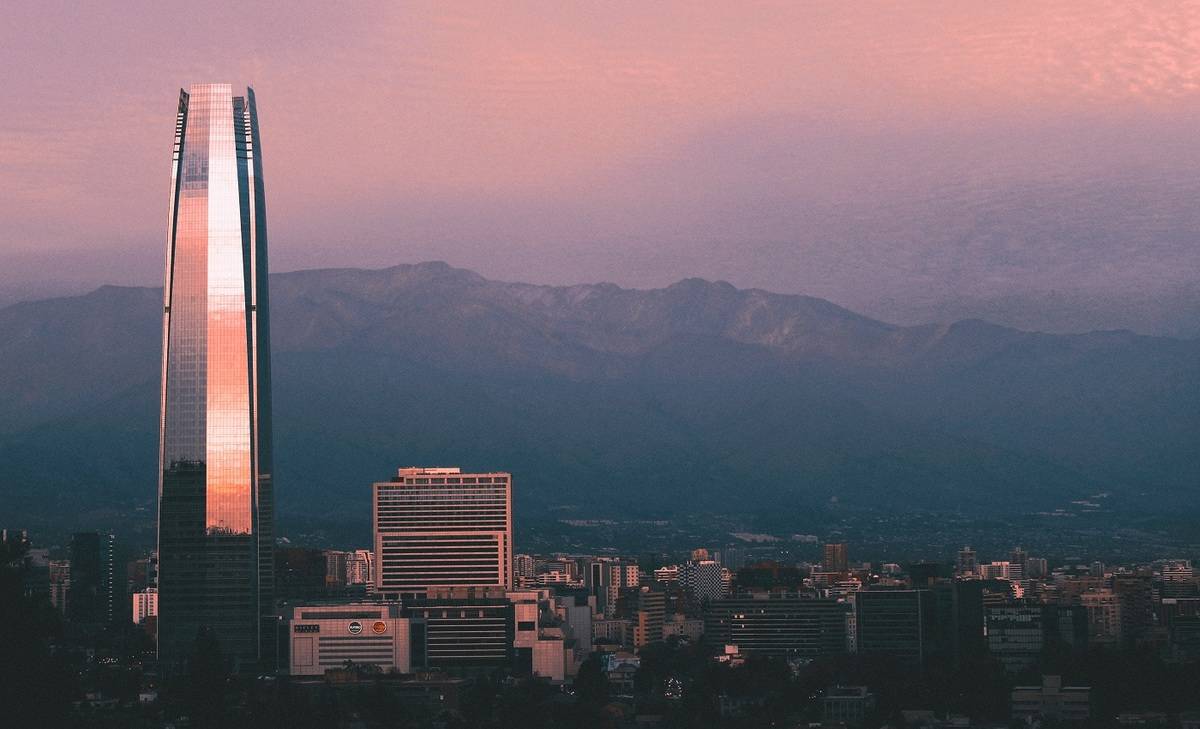 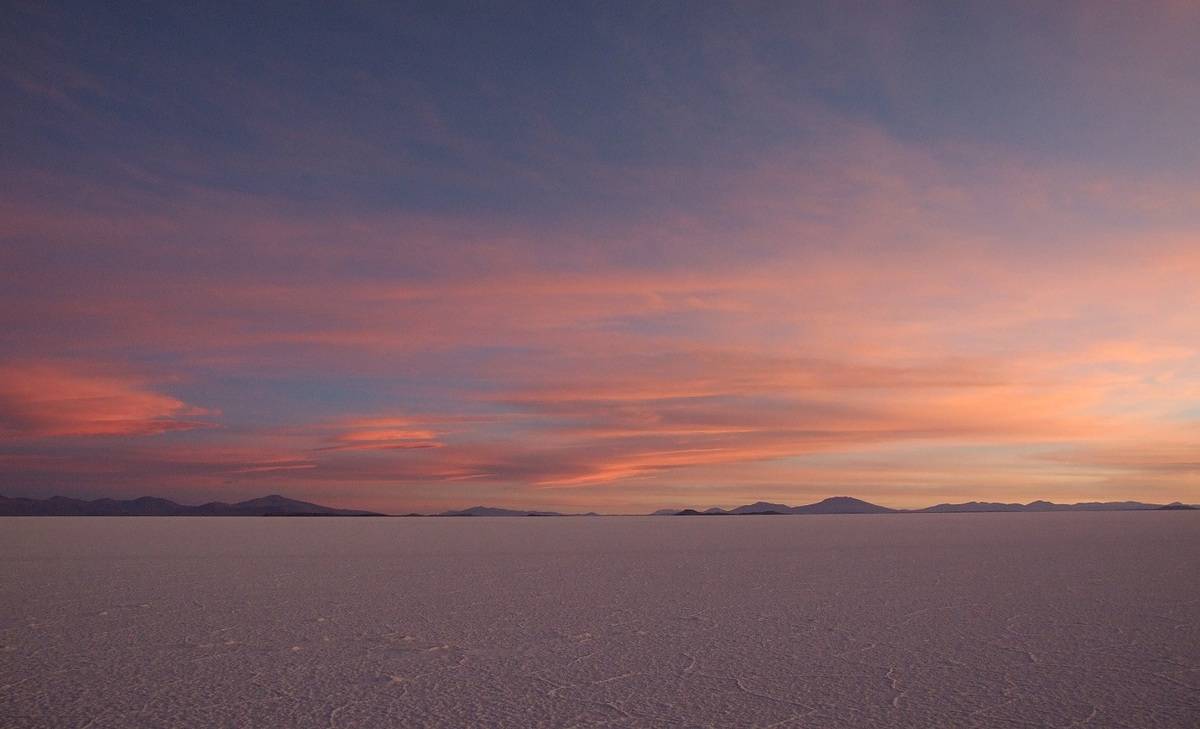 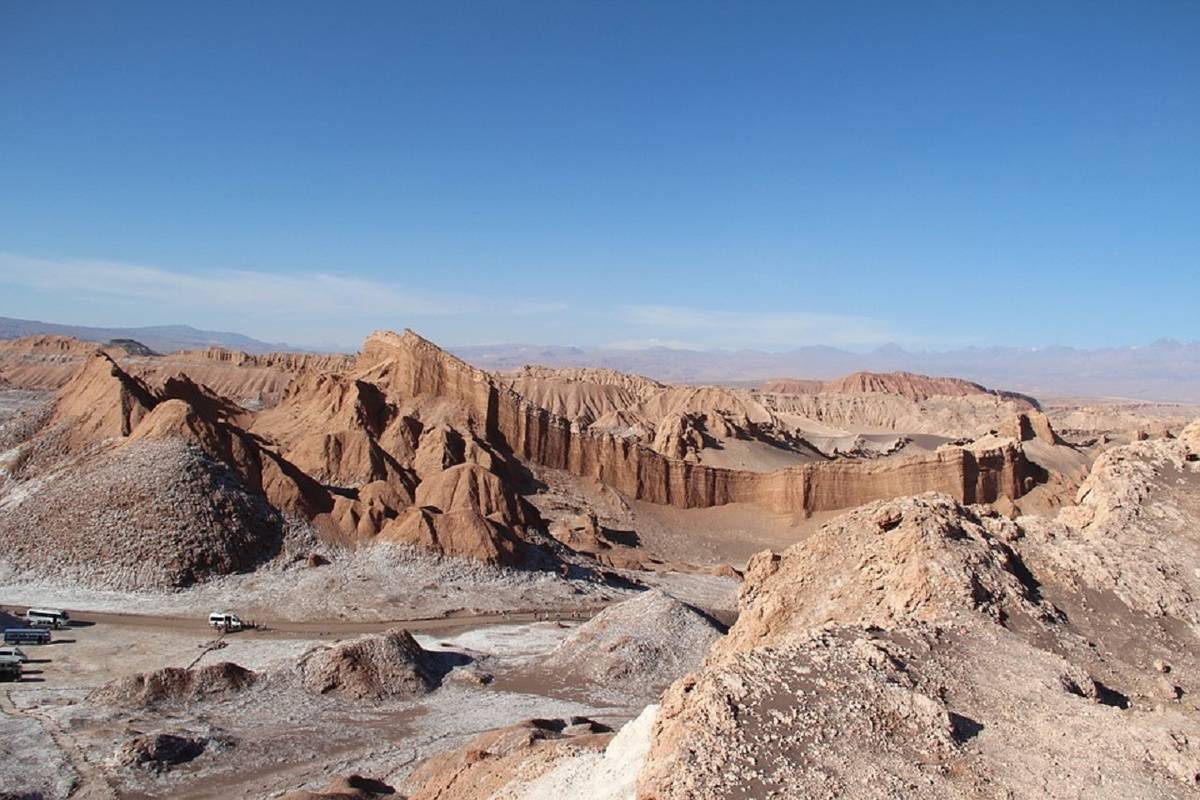 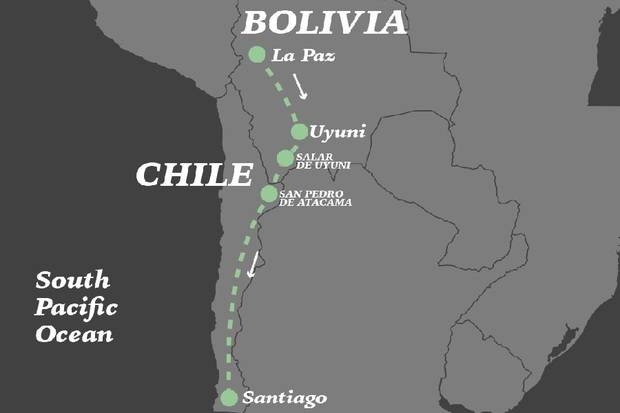 Arrival
On arrival at the airport you will be met by our representative and transferred to your hotel.

La Paz is dizzying in every respect, not only for its well-publicised altitude (3660m), but for its quirky beauty. The city's buildings sprawl across the walls of the canyon and spread spectacularly downwards. On a clear day the snowy Mount Illimani will be a picturesque backdrop to this brilliant city.

City Tour
Our 5 hour tour of La Paz begins with a visit to the Bolivian National Museum of Archaeology which is located in the capital of La Paz and serves as an insightful look into the mystifying relics of Bolivia's past. Wander the halls, gaze at artefacts dating back as far as 1,500 BC and trace the history of the indigenous peoples from eras long forgotten through the art which is still being produced today. From here we head to ‘Mirador Balcón' which offers spectacular views of the city and after a short walk we reach Plaza Murillo and admire the colonial architecture around the square as your guide introduces the culture and history of La Paz and Bolivia. Enjoy a traditional mid morning ‘Salteña' snack as you take in the plaza.

We then wander through Calle Jaen, with its steep, narrow cobblestone alley lined with brightly coloured colonial houses, cafes and museums before taking a cable car to El Alto. You can expect spectacular views and then at the end you are met by your driver and transferred back into town where we visit the Witches' Market. Your guide shares information about Aymara healing and spiritual beliefs as you browse an amazing array of medicinal herbs, folk remedies and talismans. You can even pay to have your fortune told by a shaman who specialises in reading fortunes with coca leaves. We return you to your hotel and you have the remainder of the day at leisure.

Day 1: La Paz - Uyuni
This morning you will be transferred to the airport for your short flight to Uyuni. On arrival in Uyuni you will embark on a 3 day desert crossing by 4WD (English speaking guide included) across the stunning, mars-like landscapes between the Salar de Uyuni and the Atacama Desert (Chile). Your first stop is the Train Cemetery near Uyuni, where you can explore a huge rusting collection of disused English trains that once crisscrossed Bolivia. It’s said that more than one of them was robbed at the hands of the infamous Butch Cassidy and the Sundance Kid while on the run from the law in South America. In the village of Colchani is an opportunity to observe the salt processing operations, Salt museum and even purchase your very own bag of Uyuni salt.
Begin your explorations of the famous Salar de Uyuni, one of the big highlights of the continent. It’s difficult to comprehend its enormity, blindingly white and impossibly flat, the largest salt flats in the world span an area of over 10,500 square kilometres. On closer inspection you will see that the salt dries into repetitive hexagonal shapes with jagged salty edges sharp to the touch.

Visit a hotel made entirely of salt blocks before visiting the Ojos del Salar/eyes of the salt flat where bubbling gases escape from underneath. Thought to have restorative powers, it is not uncommon to see rotund local ladies sitting in the knee-deep water splashing themselves liberally. Another photography stop at the some montones del sal/salt piles, where salt is dug up and piled into a series of cones to drain the excess water before being transported for processing. You will visit Incahuasi/cactus island, a small hill of erupting in the middle of the flats. Take a short walk over the island alongside huge prickly cacti several times your height and enjoy the fabulous panoramic views. You’ll also have a chance to mess around with the lack of perspective in silly photographs. In the rainy season the salt flats are covered with a layer of water creating a mesmerising mirror effect. Although stunning, the water restricts access to Incahuasi and may result in diversions as vehicles are unable to cross the flooded flats.
Continue on to your evening’s accommodation.

Day 2: Salar de Uyuni
Your journey continues driving through the Silolí Desert where you will get to see the Árbol de Piedra. Wind has eroded the rock haphazardly, leaving a bizarre tree like formation over eight metres high. This afternoon you will pass a series of lagoons - Altoandinas: Ramaditas, Honda, Chiarkota, Hedionda and Cañapa. From here you will arrive at a viewpoint from where you will have a good view of the semi-active Ollagüe Volcano.

As you drive along the tracks be sure to keep a keen eye out for local wildlife. The elusive Vicuna call the Altiplano home, though their rusty brown wool coat often camouflages them against the mountains and grass. As you get closer to small villages you will see herds of llamas, often accompanied by their Bolivian owner – usually a short older woman with two long plaits, a bowler hat and big skirts. You may see an impossibly big rabbit bounding through the grass; these are in fact viscacha, a South American rodent from the Chinchilla family.

Next is a photographer’s dream - Laguna Colorada/Red Lagoon. Sitting beneath a series of colourful rolling mountains, the lagoon is tinged a dark orangey-red with algae and dotted with large pools of white borax deposits. The endangered Andean flamingo gathers in vast numbers to feed on the bountiful algae. They are impossible to count, appearing as a pink haze around the edge of the water, only breaking formation when one is startled prompting a group to suddenly take flight.
Continue to your night’s accommodation.

Day 3: Salar de Uyuni – San Pedro
Continuing your journey, you will pass the Salvador Dali desert, so called for its resemblance to the famous artist’s surrealist paintings. Next you can take a dip in some thermal hot springs pool on the edge of a huge lake. There’s changing facilities, bathrooms and a tiny shop with unreliable opening hours. You will also visit big steaming geysers and bubbling pools of volcanic mud.

Your final stop is Laguna Verde/Green Lagoon at the base of Licancabur volcano. Watch carefully and see how the wind disturbs the water and agitates the resident algae that creates the vibrant green hue. Finally, you reach the Hito Cajon border of Bolivia and Chile. Once you have completed the immigration procedures you will say goodbye to your local driver and guide and take a shared transfer down the winding road to San Pedro de Atacama to your accommodation.


Moon Valley & Death Valley
This afternoon you will be picked up from your hotel to enjoy a spectacular sunset in the Moon Valley. You will leave San Pedro and head towards Calama, stopping on the way to give you the opportunity to take some amazing pictures of the Andean Mountain range, the huge Atacama salt lake, the active volcano Lascar and the impressive volcano Licancabur behind the small oasis of San Pedro.

We will then continue on to the Moon Valley, one of the most spectacular phenomena in the Atacama Desert because of its geomorphic structures formed over thousands of years by erosion and climate. Once here you will have time to explore this amazing place with its peculiar rock formations. The silent moonscape of this valley will astonish you while you contemplate the inexplicable salt and clay figures that nature has formed. You will be able to see the natural salt monument Tres Marias and the salt caverns that look even more beautiful at sunset.

Finally, you will have the option to take a short hike to one of the giant sand dunes in the valley. You will then be transported back to your hotel in Atacama.

Depart
Our representative will pick you up from your hotel and transfer you to the airport for your departure flight.

Arrive in Santiago
On arrival at the airport you will be met by our representative and transferred to your hotel.

Chile's capital city is surrounded by an extraordinary set of snow-capped Andean mountains to the east and a smaller coastal range to the west. It is truly a beautiful sight. The city offers one of Latin America's most cosmopolitan, vibrant and artistic city centres so your stay here is sure to be an exciting one.

City Tour
Let us introduce you to the classic city we know and love on this 6 hour tour exploring the city's most popular sights along with some of our personal favourites. Chile´s rich cultural heritage comes to life as we visit the iconic symbols of the city, including La Plaza de Armas (the main square), La Moneda (the government palace), the Santiago Metropolitan Cathedral and the spectacular Cerro Santa Lucia, where the city was founded in 1541.

We continue to the bohemian area of Bellavista and climb the San Cristobal hill for a panoramic view of Santiago with the Andes Mountains in the background. We'll also visit the Orient Sector, the most modern area of the city, with its impressive high rise buildings and classy boulevards before we offer you a choice of the activities designed to enhance your Santiago experience.

You'll be given the option (you can decide on the day) to visit the picturesque Los Dominicos craft market where we can walk through the artisan village and enjoy a tasty empanada at one of the outdoor cafés, discover Santiago's impressive pre-Columbian museum, explore the historic Lastarria Neighbourhood or take a walking tour through the Mercado Central, Chile's largest fresh seafood market where you can try some of the local cuisine on offer. If you'd like to visit all these places then just let us know in advance and we can extend your tour to do this.

On completion of the tour you'll be returned back to your hotel and have free time to further explore the city at your leisure.

* As an alternative to this traditional city tour, we can also offer the city tour as a walking or bike riding tour. Let us know if you'd like more details on these options.

Depart Santiago
Our representative will pick you up from your hotel and transfer you to the airport for your departure flight.

Hotel rates are based on double / twin share lead-in rooms. Other room types and hotels are available. Rates are subject to change and different rates may apply during holiday seasons and special events.

*During the period December - May, parts of the Salar de Uyuni may be covered with water. It's still possible to do the trip however itinerary changes may be necessary.