With an incredible diversity of marine wildlife and dramatic landscapes, the Galapagos is truly a diver's paradise. Navigate towards the North and explore the famous Wolf & Darwin Islands. Your journey will encounter a multitude of different marine species including hammerheads, eels, manta rays, tortoises, sea lions, galapagos sharks, and many more! 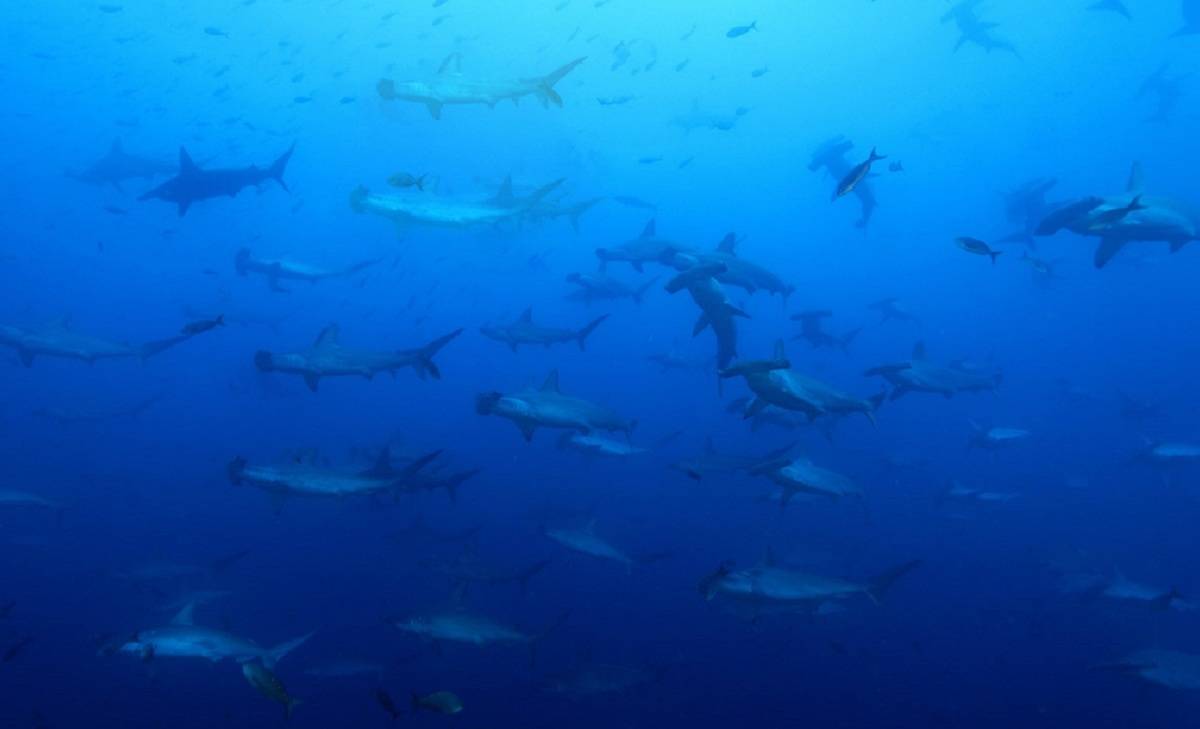 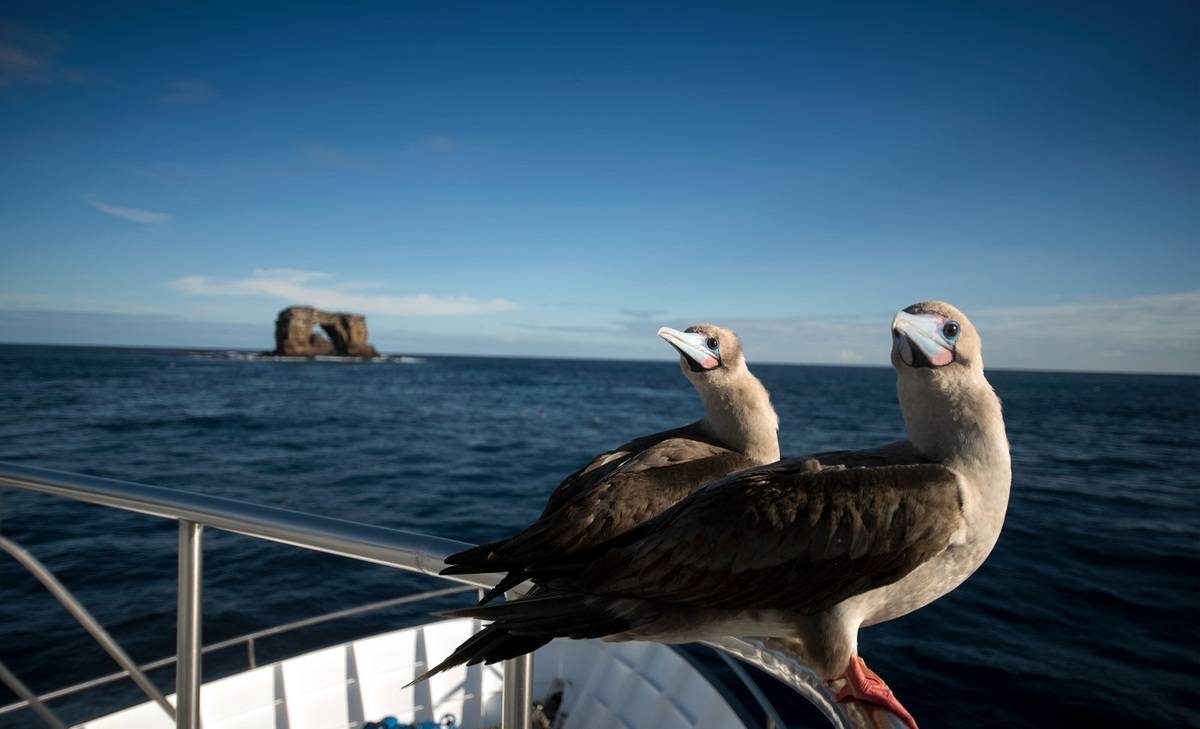 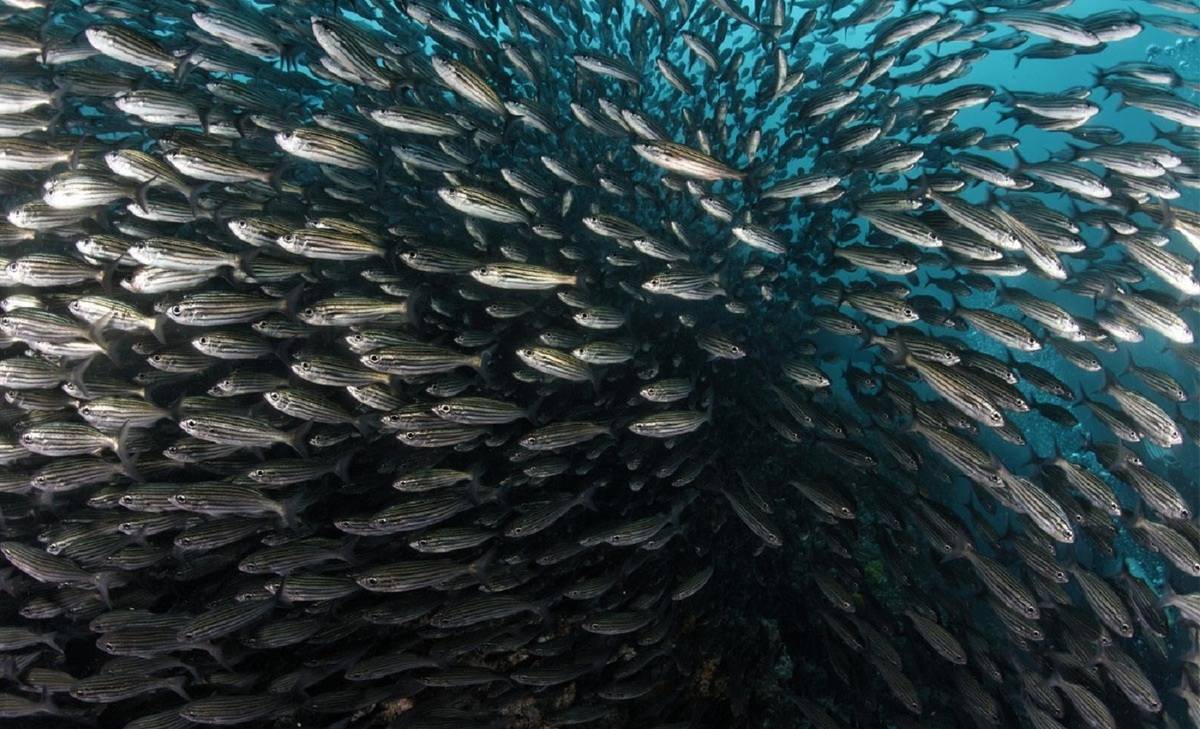 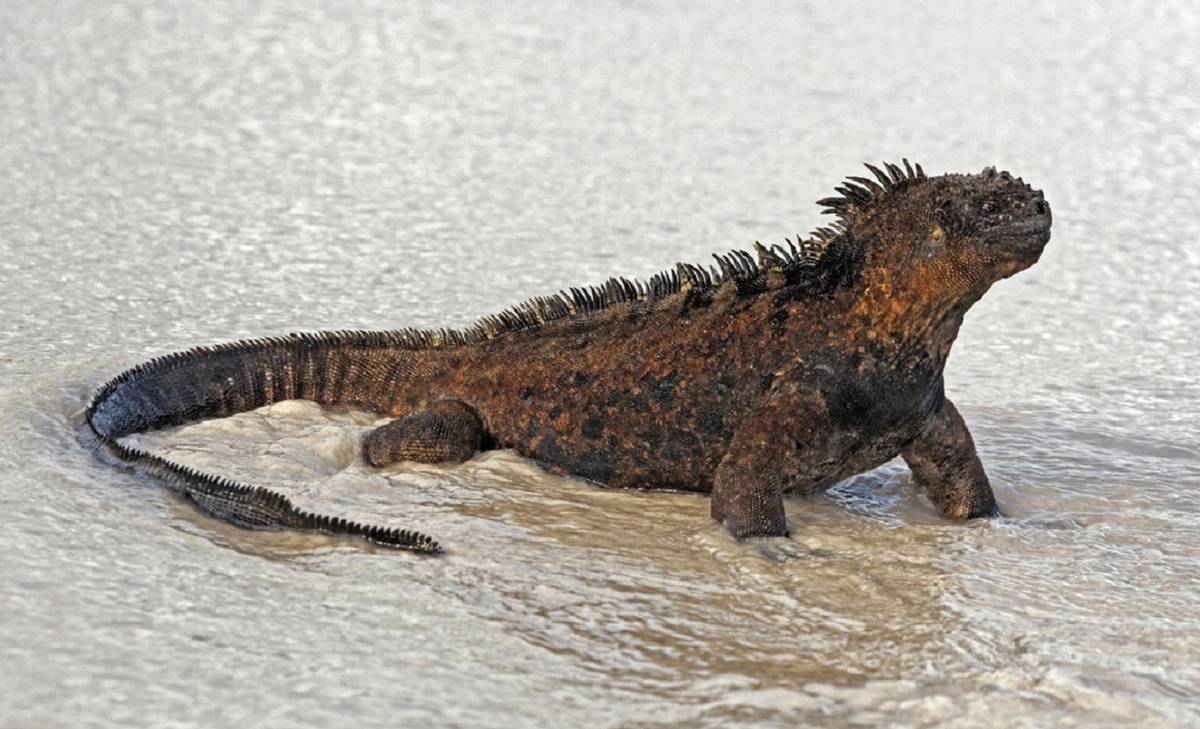 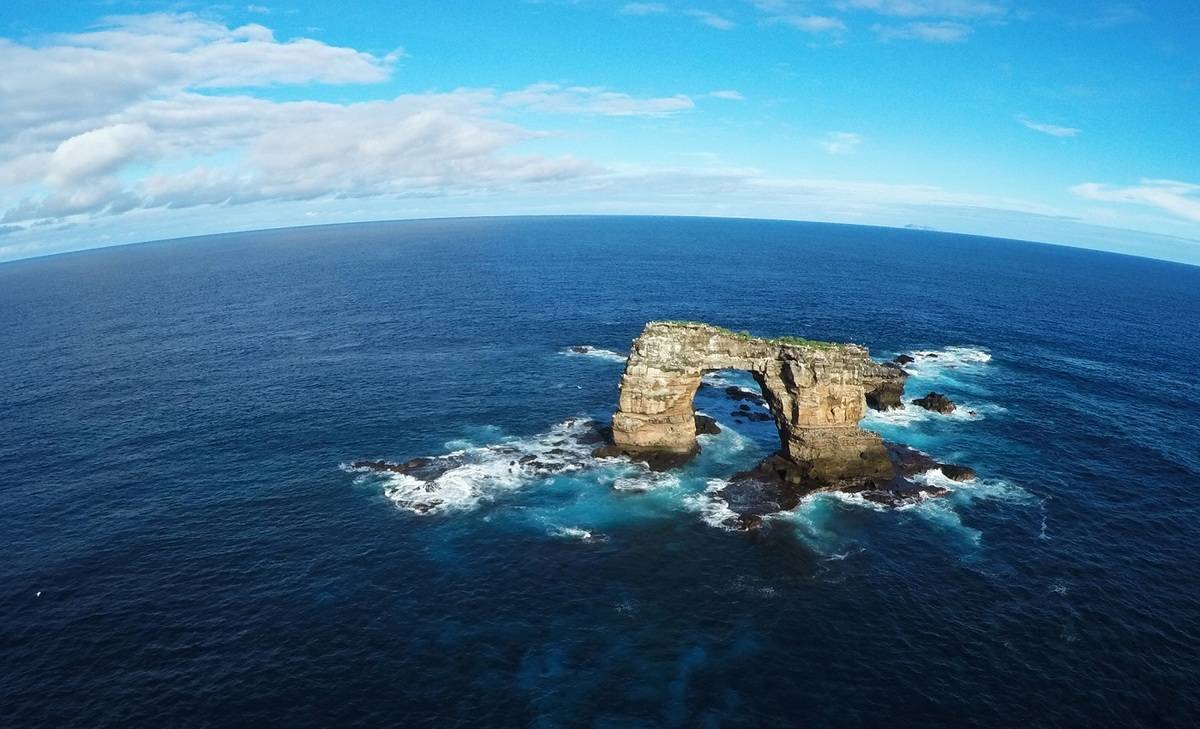 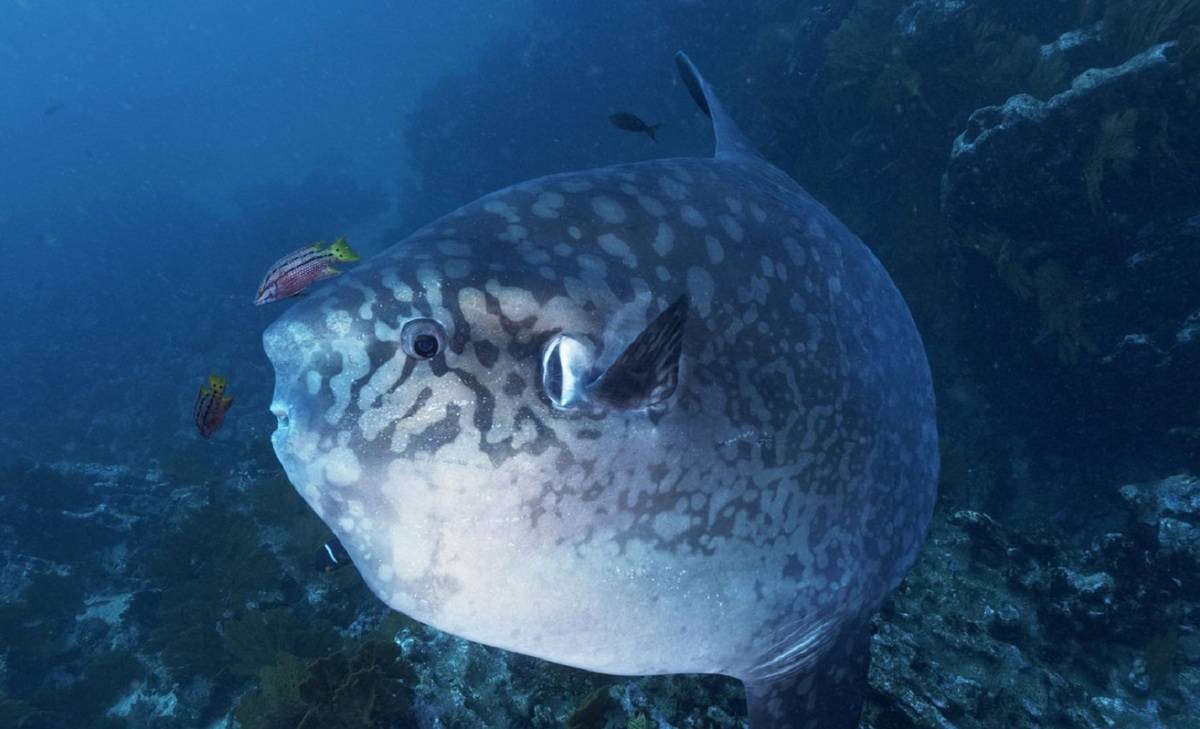 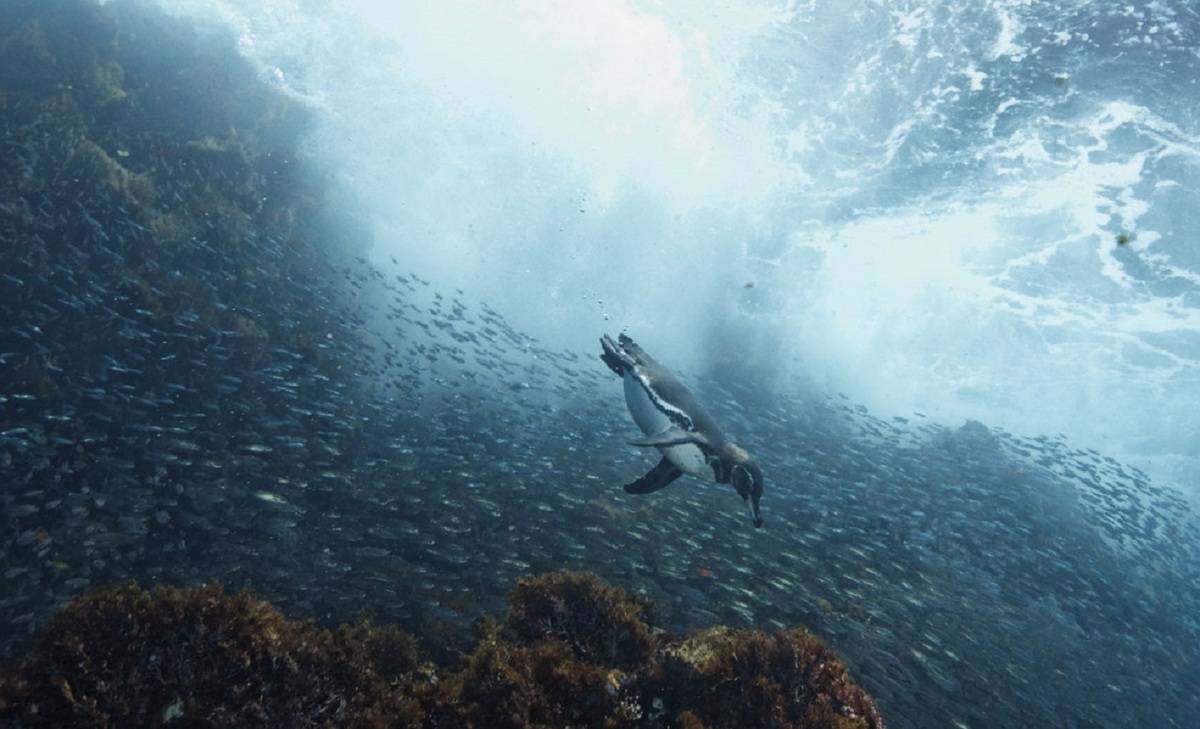 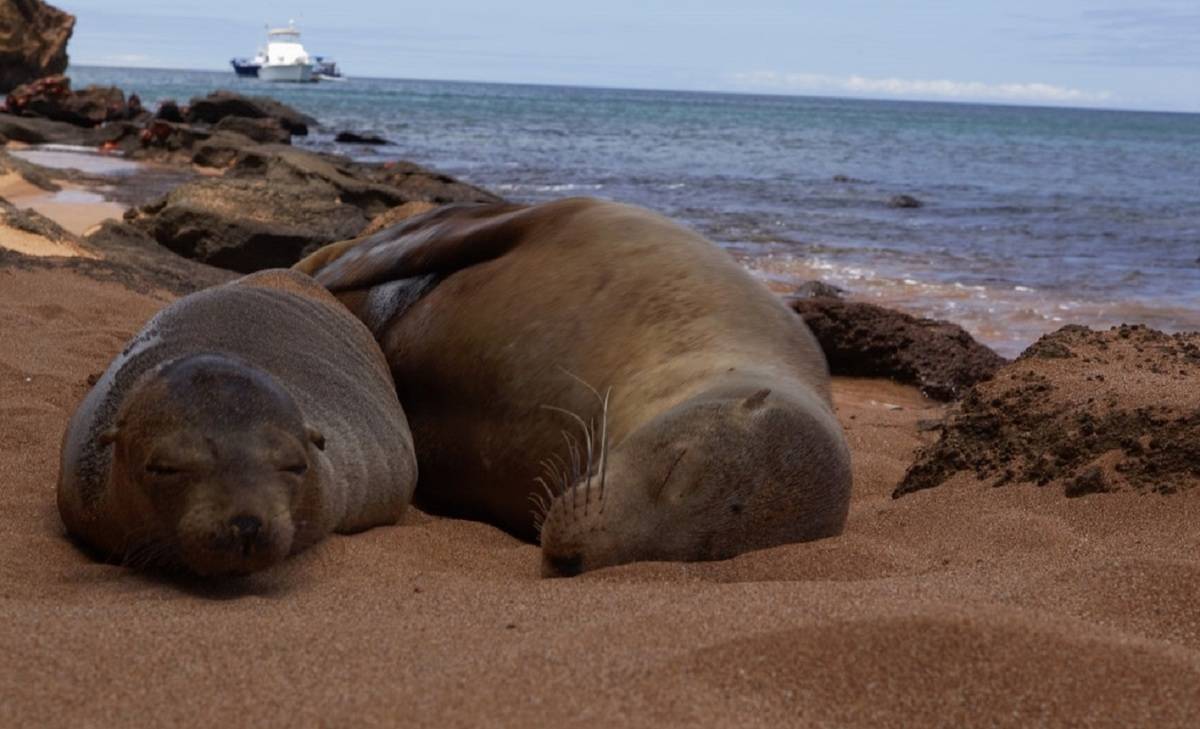 *Looking for a longer stay? The Galapagos Master also offers an 11 day itinerary to spend more time at Wolf & Darwin Island. Contact us for more details. 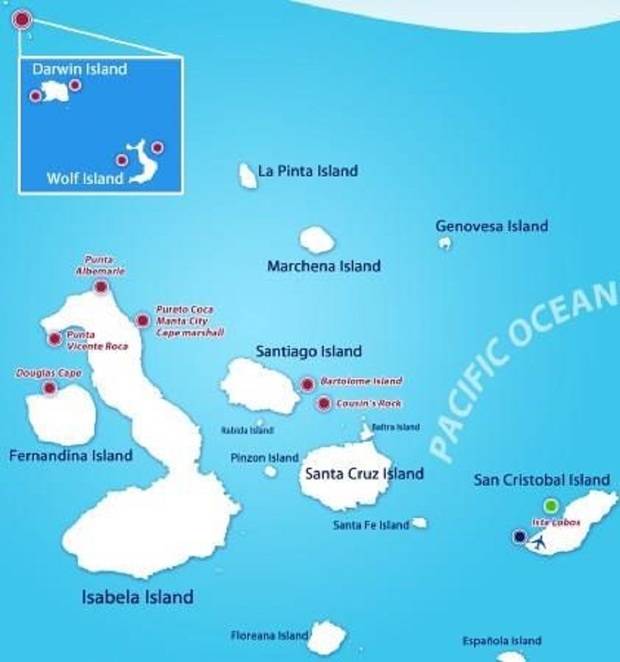 Upon arrival to San Cristobal, you will be met by our representative and transferred to the Galapagos Master. After lunch, our first afternoon check out dive will begin in a sheltered bay - an excellent shallow spot with a max depth of 9m. This will allow you to check your dive gear and become acquainted with some of the local marine life.

After breakfast, you will have two dives at Punta Carrion and Baltra North East. Punta Carrion is a boulder strewn reef offering a superb introduction to some of the larger pelagics we expect to see in the Galapagos, including white tip reef shares and also the occasional hammerhead and Galapagos shark. Sea lions are ever-present and there is the opportunity for some macro critter spotting with sightings of neon nudibranchs.

In the afternoon, enjoy a land tour of North Seymour island before cruising to the north during the evening.

The next two days will be spent diving in Darwin Island. This extinct volcano reaching 165m above sea level was named in honour of naturalist Charles Darwin. It is amongst the smallest islands within the Galapagos Archipelago and like Wolf island, no land visits are permitted.

Perhaps the most famous dive site is "Darwin's Arch", which provides an amazing drift dive along the wall at an average depth of just 9m. Medium and strong currents are to be expected but bring with them hammerheads, black tips, silky and Galapagos Sharks. Schools of jacks are a common sight, along with turtles, angelfish and moray eels. Occasionally, you may see tiger sharks, manta rays, and bottle nose dolphins.

Named after the German Geologist, Theodor Wolf, this extinct volcano reaches 253m above sea level and lies some 160km northwest of Isabela Island. Land visits are not permitted however, bird life including red-footed boobys and vampire finches may be spotted from the boat.

For our dives, we will choose from a selection of reefs and walls, most having typically medium to strong currents where the use of gloves and reef hooks are advised. Here, you will see schooling pelagics, white tips, hammerheads and galapagos sharks. Be on the lookout for red-lipped batfish, barracuda, moray eels and dolphins!

Located in Isabela Island, Punta Vicente Roca is also known as the "Ice Box" due to its chilling thermoclines. This point offers a wall drift dive, along which mola mola can be spotted. You may also occassionally see Port Jackson sharks and the Endemic Camotillo. Punta Vicente Roca is fantastic for spotting larger marine life as well as pacific sea horses, frogfishes, octopus, nudibranchs, flat worms and a variety of sponges.

One of the most photographically productive dives of the region, Cousin's rock is formed of coral covered rock and lava flow. Sea fans, hydroid bushes, red sponges and small corals encrust ledges and overhands, sheltered hawkfish, nudibranchs, frogfish and seahorses. The wall drops beyond 30m but rises up shallow to just 3m, providing an ideal spot to end your dive playing with the sea lions.

After your dive, enjoy a land visit to see the Giant Galapagos Tortoises on Santa Cruz Island.

After breakfast, spend your morning visiting the Intepretation Centre on San Cristobal island before disembarking and transferring to the airport. 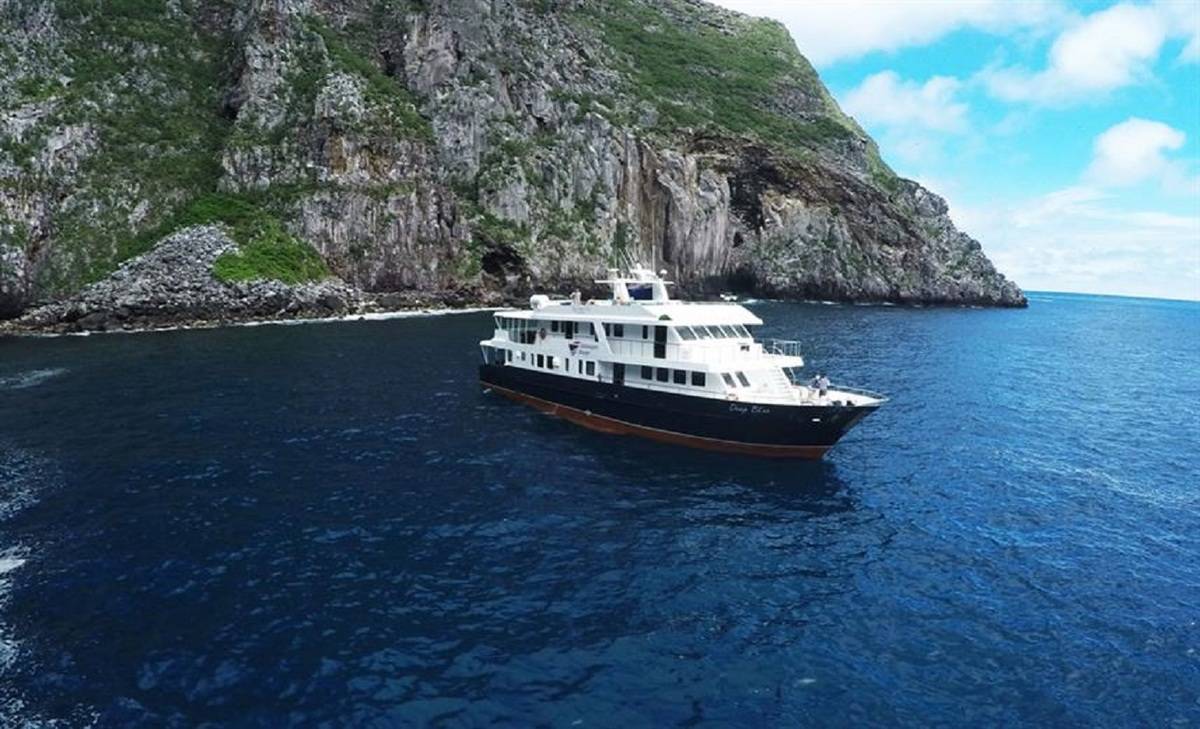 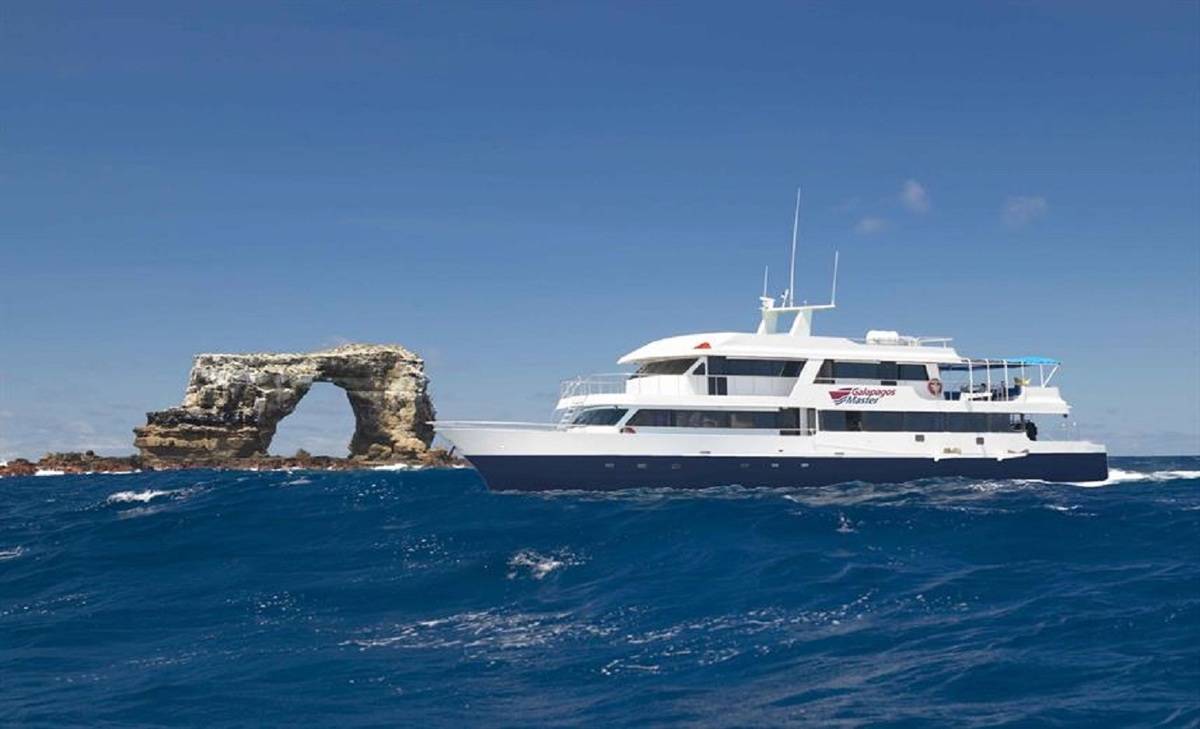 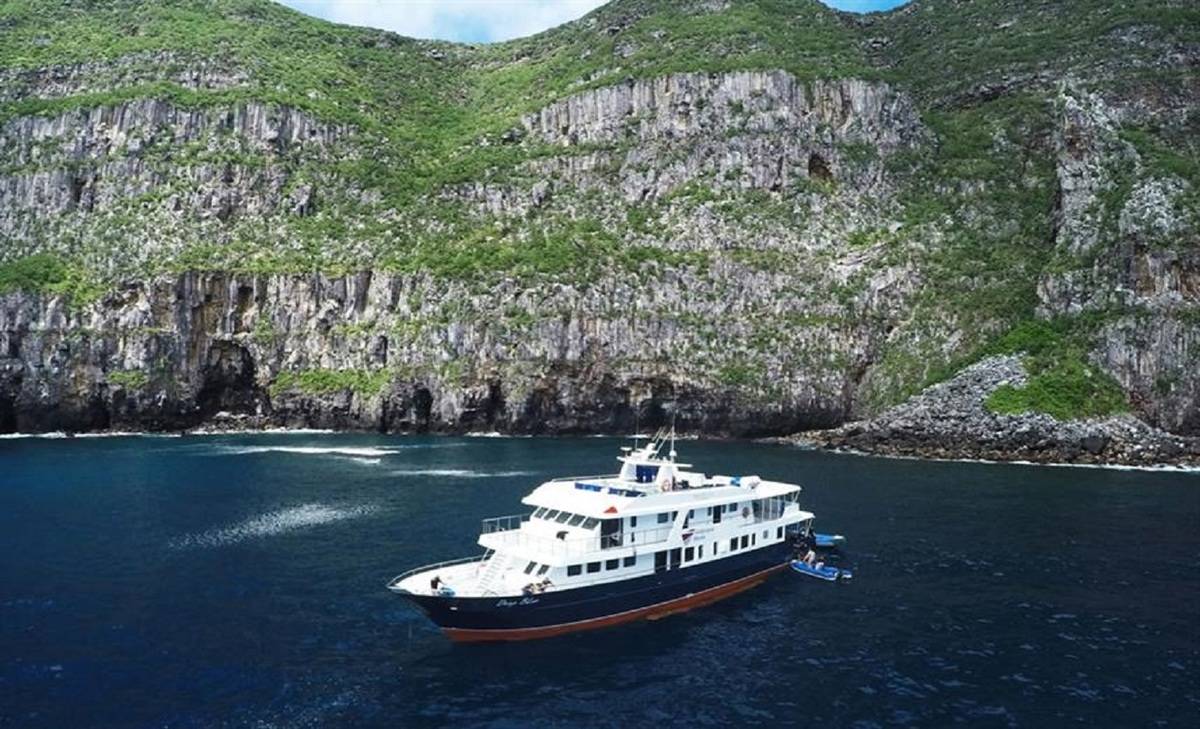 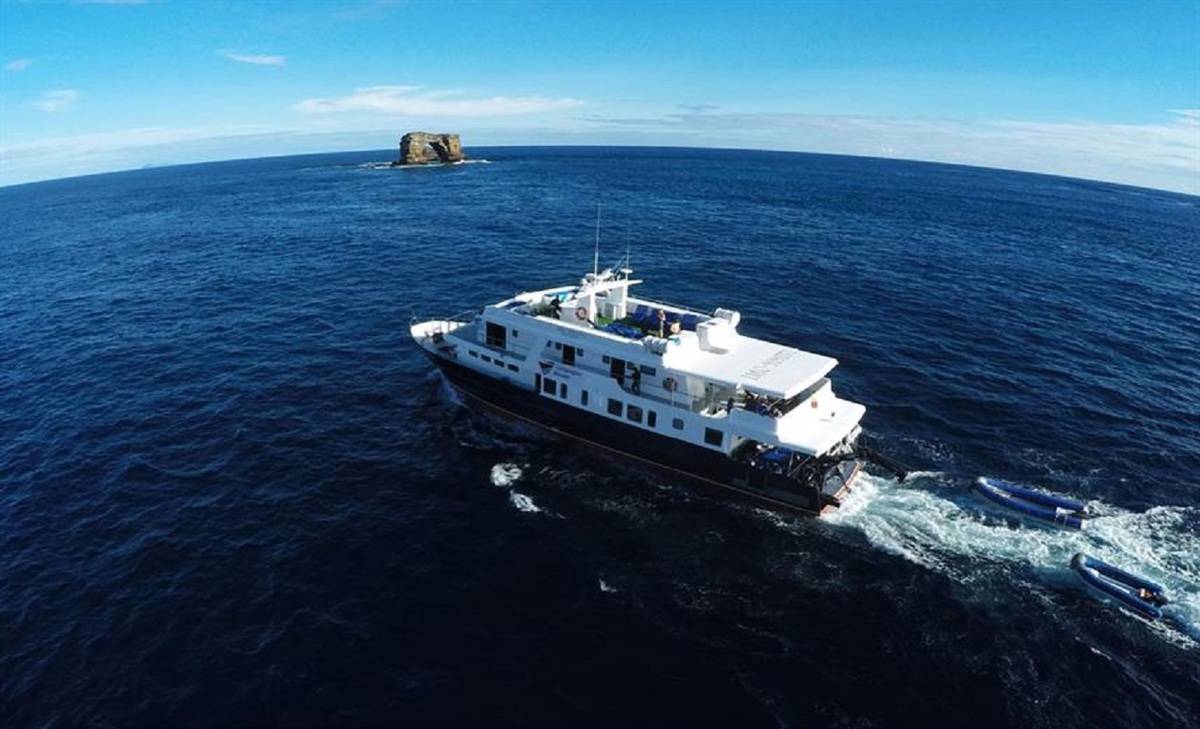 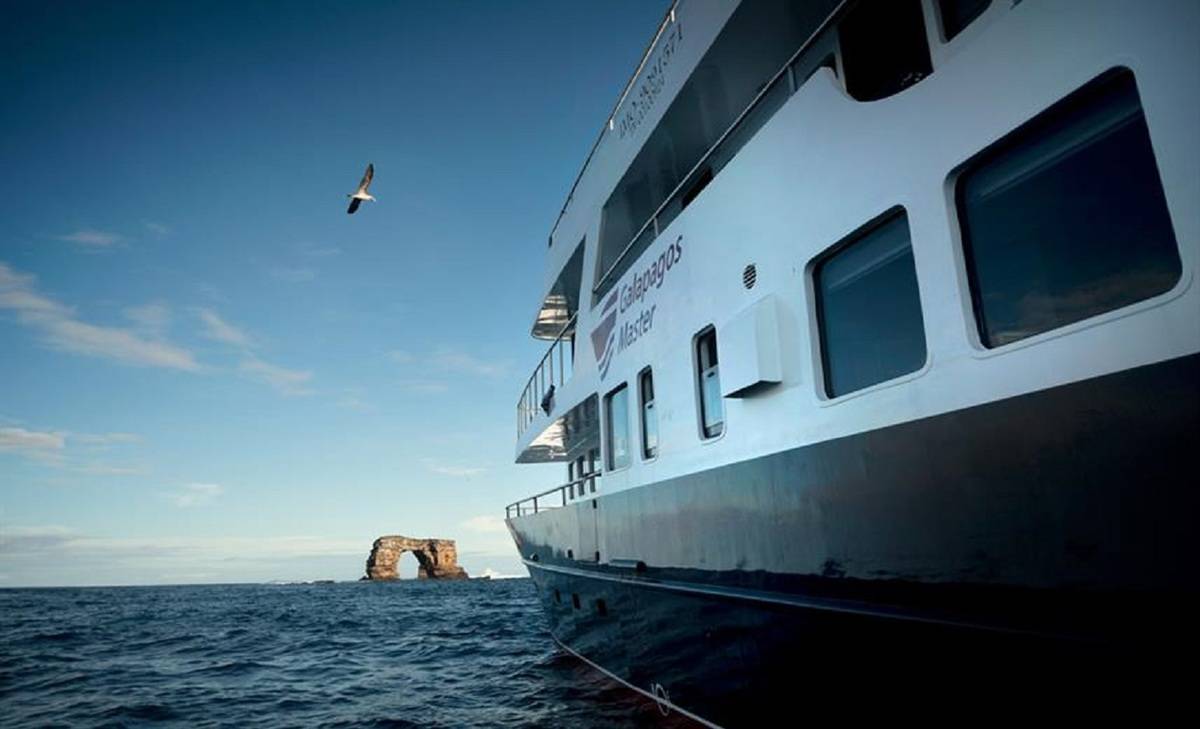 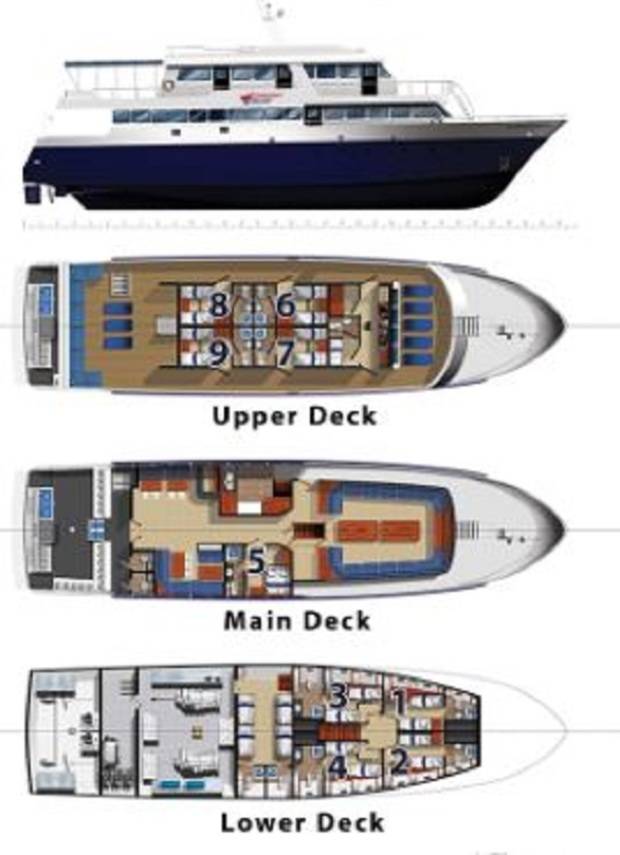