Wonderful 7 day safari in Kenya visiting Amboseli and Masai Mara. Make the most of your time in the parks by flying into them instead of long road transfers. Spend 3 days exploring elephant rich Amboseli, from where you can view the magnificent Mt Kilimanjaro, and 4 days in Masai Mara will give you plenty of opportunities to get as many wildlife experiences as possible.

Home » One Week in Kenya 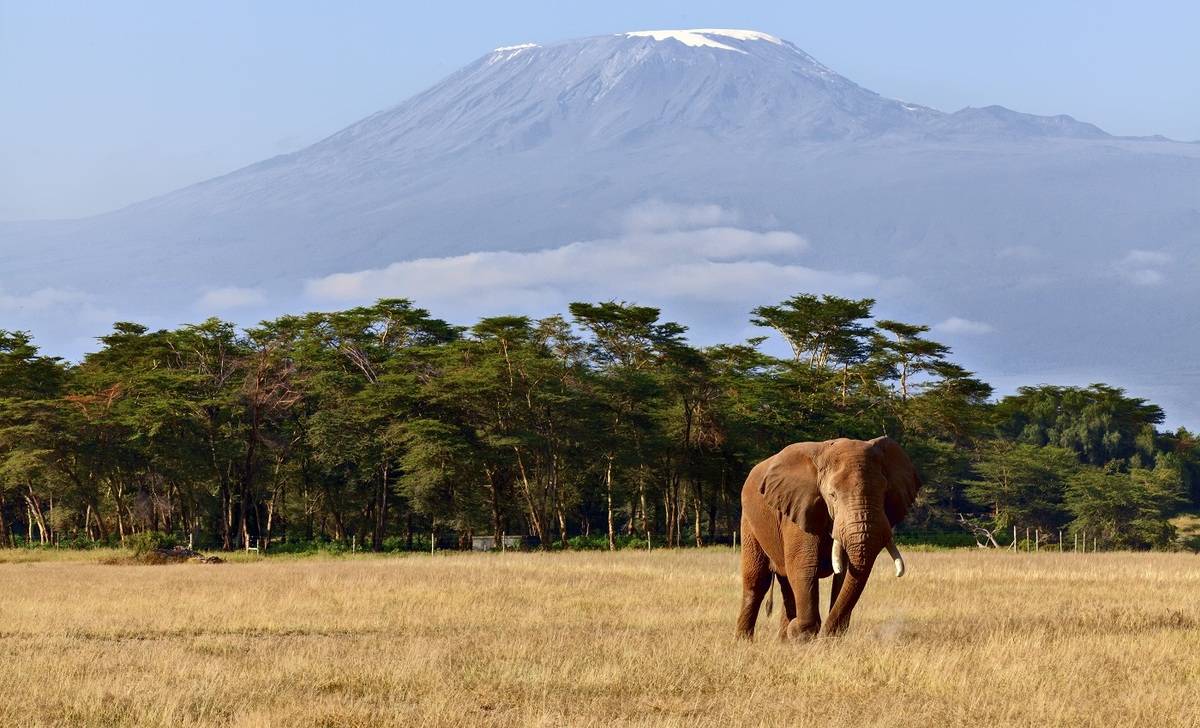 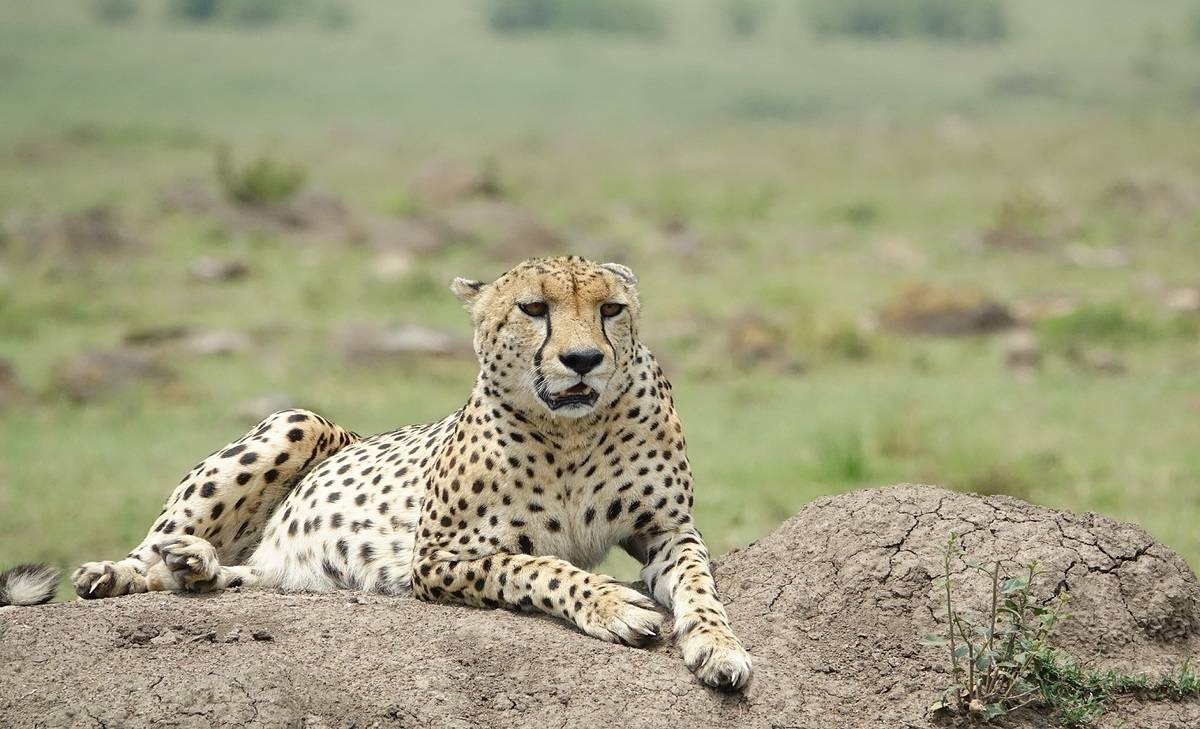 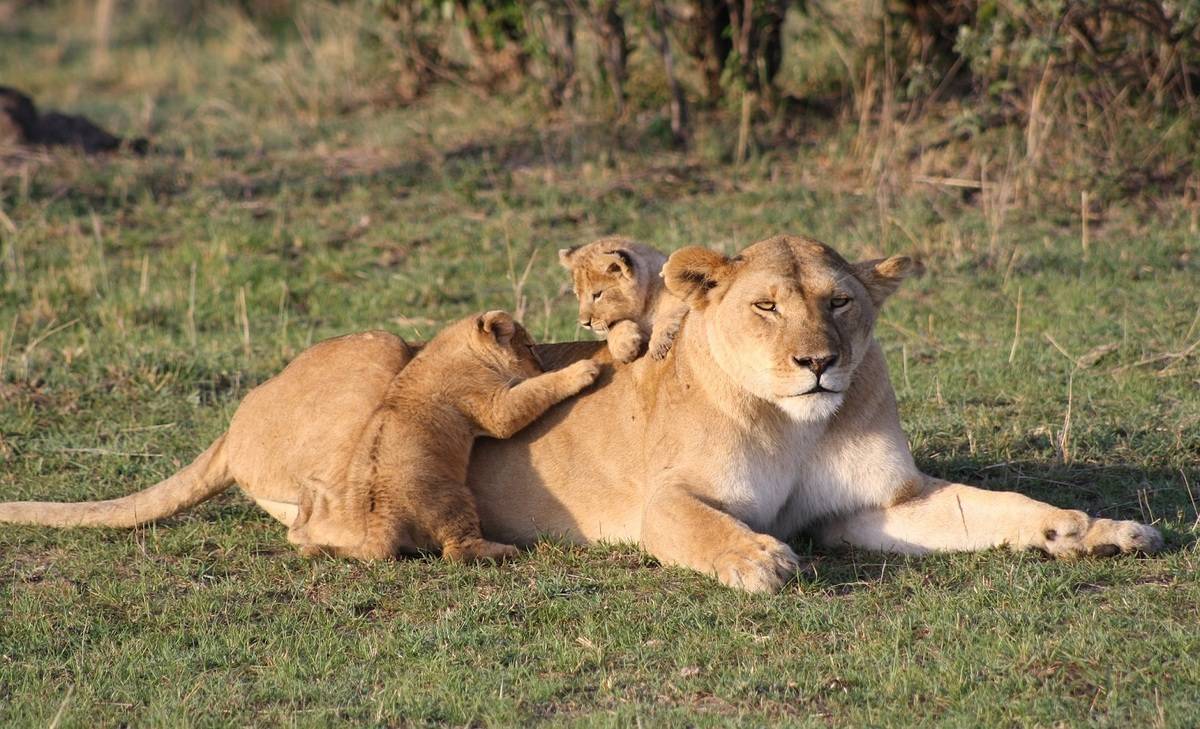 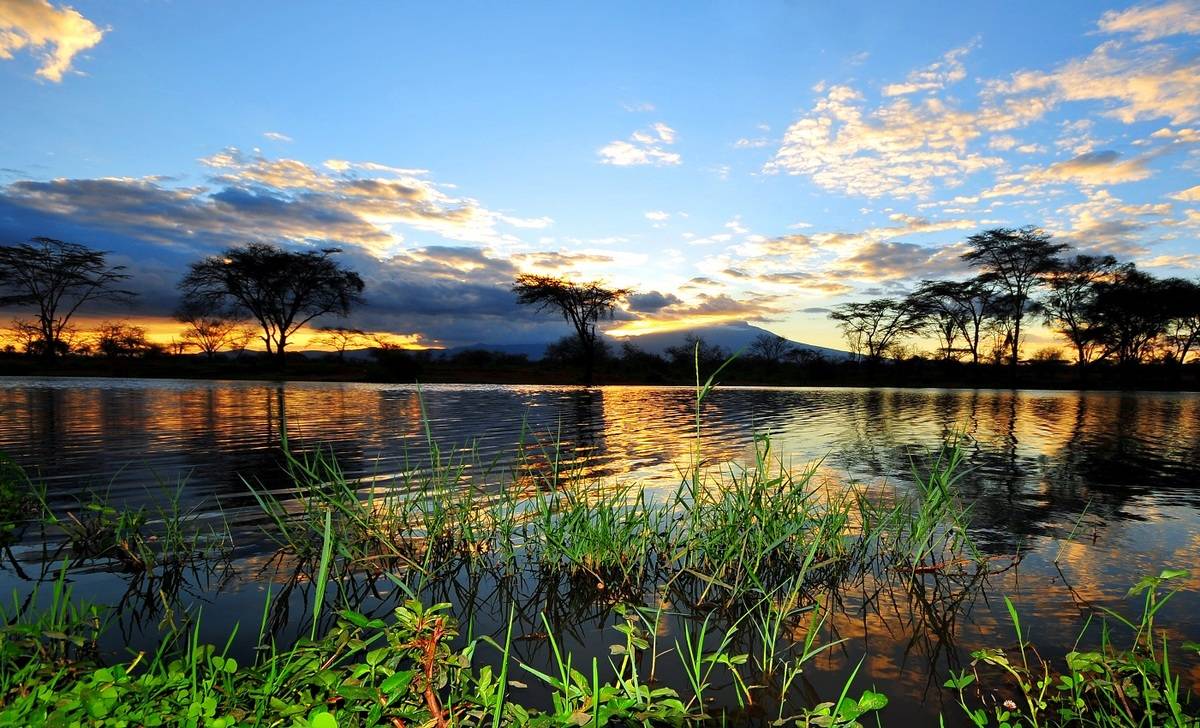 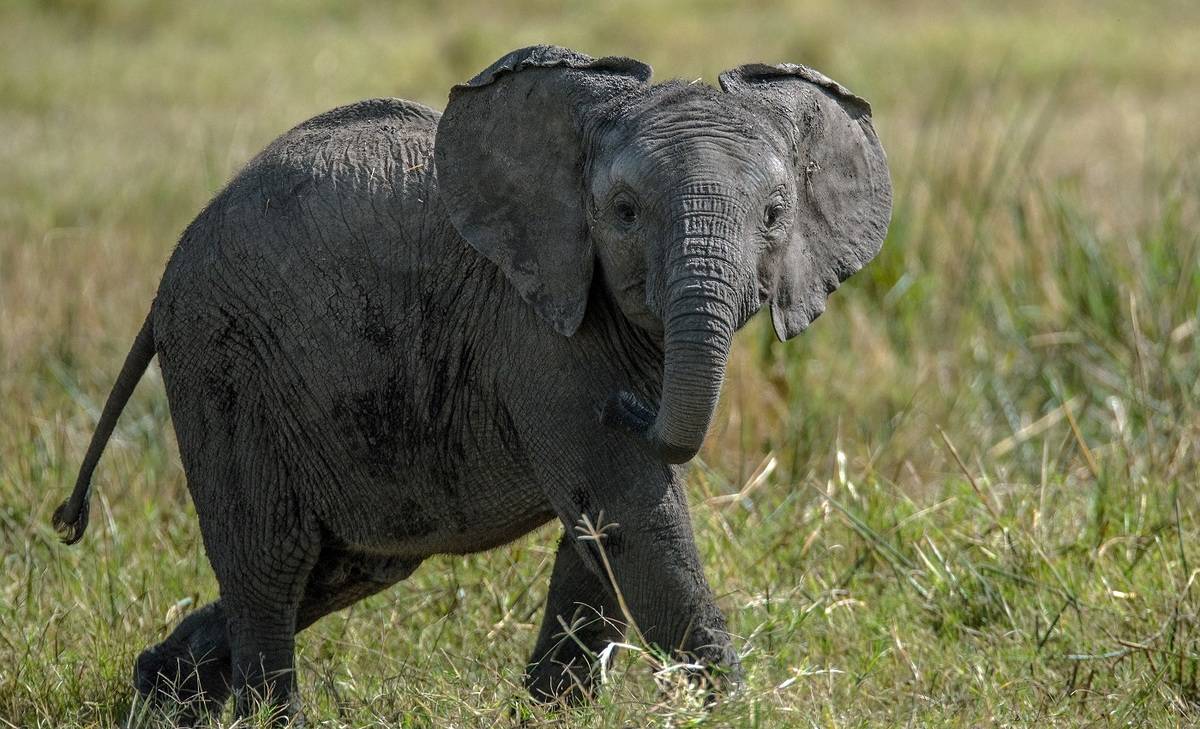 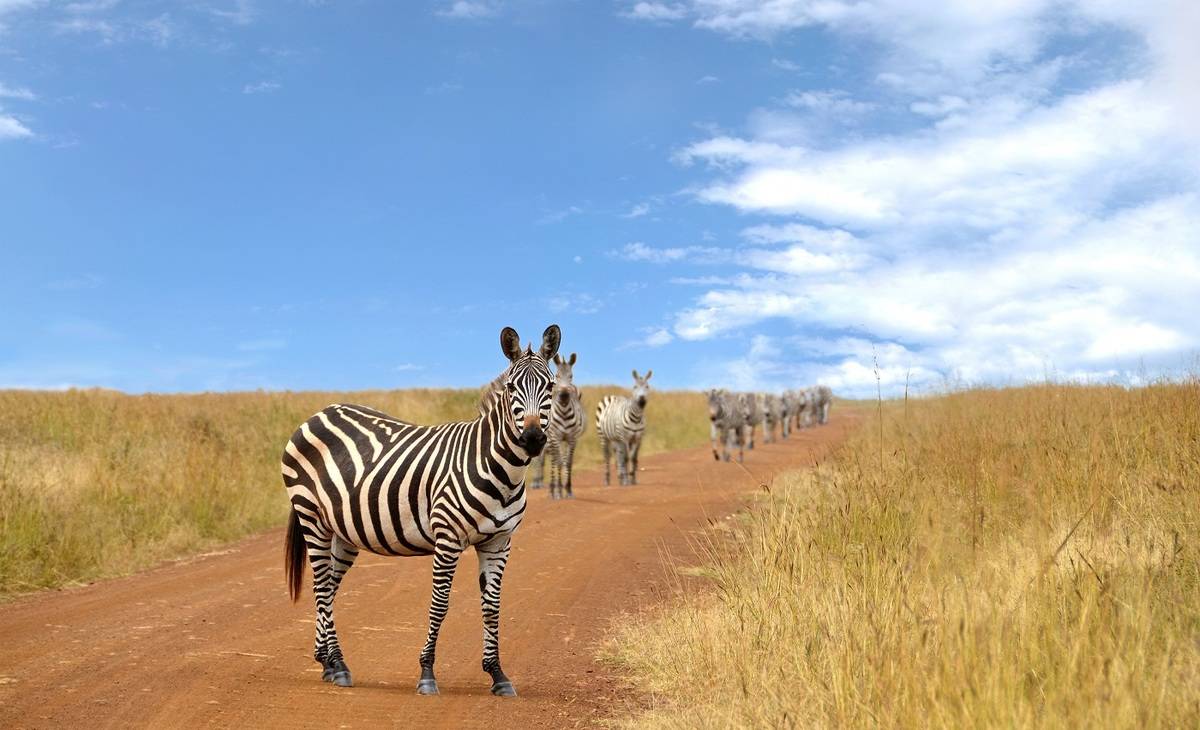 Airport to Hotel
Upon arrival at the airport, you will be met by our representative and transferred from the airport to your hotel.

3 Day Amboseli Safari
The park is famous for being the best place in Africa to get close to free-ranging elephants among other wildlife species. Other attraction of the park includes opportunities to meet the Maasai people and also offers spectacular views of Mount Kilimanjaro, the highest free-standing mountain in the world.

We offer 3 levels of accommodation here: comfort, superior and deluxe.

Arrival
On arrival into the local airstrip you will be met by your camp guide and game driven back to the camp to get settled in and enjoy lunch. This afternoon you will head out on your first game drive in the national park before returning to the lodge for a delicious dinner.

Amboseli belongs in the elite of Kenya’s national parks, and it’s easy to see why. Its signature attraction is the sight of hundreds of big-tusked elephants set against the backdrop of Africa’s best views of Mt Kilimanjaro (5895m). Africa’s highest peak broods over the southern boundary of the park, and while cloud cover can render the mountain’s massive bulk invisible for much of the day, you’ll be rewarded with stunning vistas when the weather clears, usually at dawn and/or dusk. Apart from guaranteed elephant sightings, you’ll also see wildebeest and zebras, and you’ve a reasonable chance of spotting lions, cheetahs and hyenas. The park is also home to over 370 bird species.

Departure
After breakfast this morning you will bid farewell to the lodge as you are game driven back to the local airstrip.

4 Day Masai Mara Safari
The Masai Mara ecosystem holds one of the highest lion densities in the world and this is where over two million wildebeest, zebra and Thompson gazelle migrate annually. It hosts over 95 species of mammals and 570 recorded species of birds. The wildlife of the Masai Mara is world-renowned, with the so-called “Big Five”- buffalo, elephant, leopard, lion and rhinoceros – evident throughout the year. The “Big Nine” - including cheetah, zebra, giraffe and hippo - extends this experience.


Arrival in the Masai Mara
On arrival to an airstrip in Masai Mara you will be met by lodge representative and game driven to camp to get settled into your room and enjoy lunch. This afternoon you will head out on your first game drive in the Masai Mara before returning to camp for a delicious dinner.

Masai Mara Game Viewing Activities
Over next couple of days you will get to explore the incredible Masai Mara Game reserve. Game drives offer the unforgettable opportunity to enjoy the diversity of animals and birds living permanently in the Masai Mara, as well as many migratory species.

Each morning you will rise early to go out on a thrilling morning game drive in search of some of Africa’s most spectacular wildlife, returning to the camp in time for a late breakfast. Afterwards you have time to relax in the camp's lounge or bar, or in the comfort of your safari tent. After lunch at the lodge you will head back out on an afternoon game drive, returning to the lodge in time for a sundowner drink and delicious dinner by candlelight.

Masai Mara Departure
After a final morning game drive (time permitting)and breakfast at the camp, you will check out and be transferred back to the closest airstrip for your scheduled flight.

Wilson Airport to JKIA Airport
Upon arrival at Wilson Airport you will be met by our representative who will transfer you to Jomo Kenyatta International Airport.